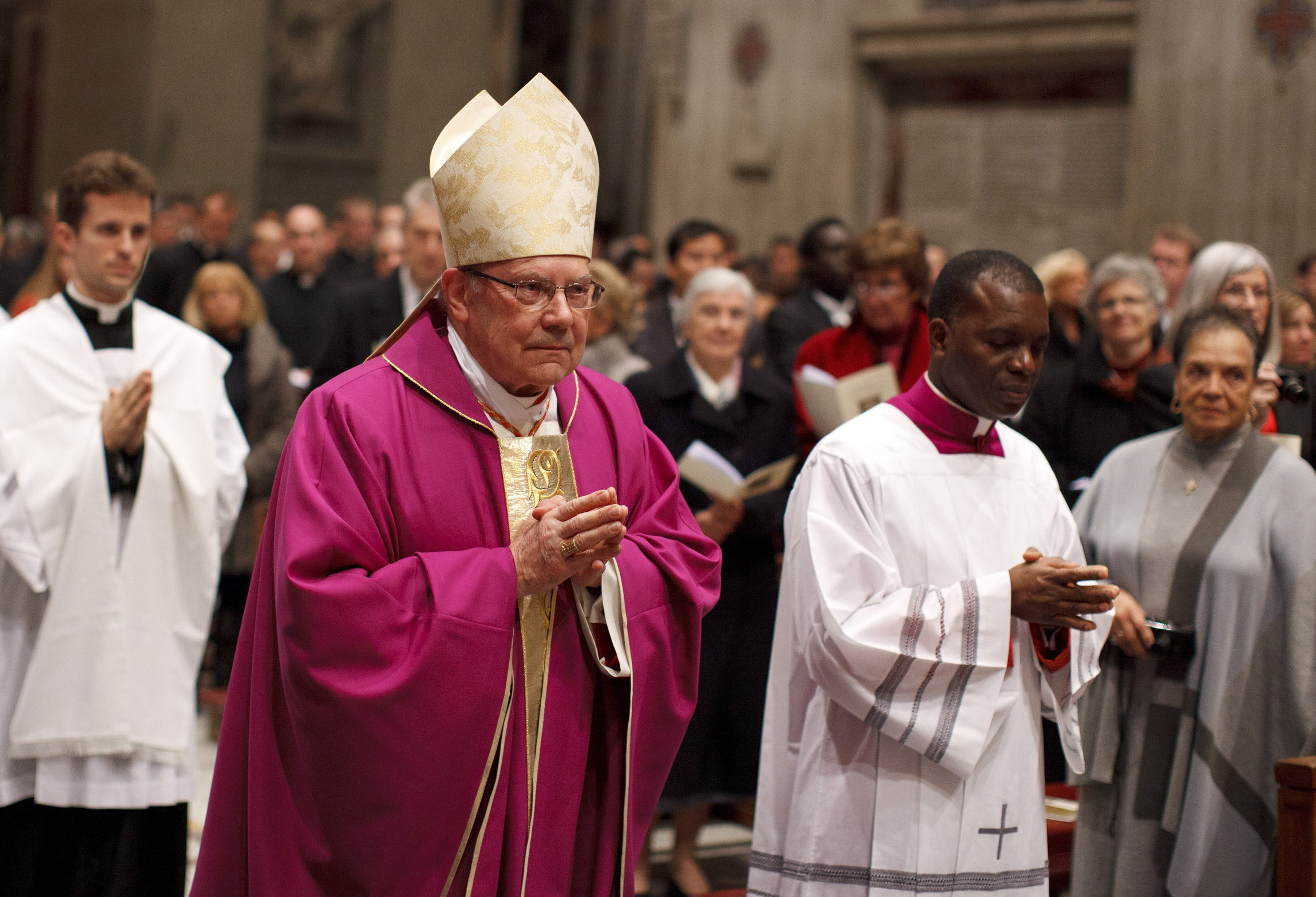 Cardinal William J. Levada, the former archbishop of San Francisco and of Portland, Oregon, and the retired prefect for the Vatican Congregation for the Doctrine of the Faith, died in Rome Sept. 26, 2019, at age 83. He is is pictured in a Dec. 20, 2011, photo. (CNS photo/Paul Haring)

Cardinal William Levada died peacefully this week in Rome. He was 83 years old. I remember the day in 2005 when Pope Benedict XVI announced he was naming then-Archbishop Levada of San Francisco to lead the Congregation for the Doctrine of the Faith (CDF). "I didn't see that one coming," was the universal reaction.

The new pope had been a renowned academic theologian before his surprise appointment as Archbishop of Freising and Munich in 1977. Since 1981, he had presided over the CDF for 24 years and he knew its challenges, especially as it became the office through which clergy sex abuse cases were handled. If anyone knew what was needed in the post, it was him, and he had chosen Levada, who had helped Ratzinger acclimate to the CDF all those many years before. As the shock wore off, the appointment made more and more sense. As prefect, Levada earned a reputation for managing well the far flung responsibilities of the office.

The more I learned about Levada, the more I admired him. It was not always so. I recall hearing him called "Darth Levada" when he was appointed to San Francisco. Certainly, he was seen, and was, more conservative than his predecessor Archbishop John R. Quinn. But, the nickname was unfair: He was not a culture warrior.

In 1997, Levada worked out a compromise after the San Francisco City Council enacted an ordinance requiring all agencies that contract with the city government to extend health care benefits to those living in domestic partnerships, the precursor to gay marriage. Levada wanted to find a way to honor two teachings of the Church that were, suddenly, at odds: Our long-time advocacy for universal health care and our belief that marriage is uniquely that friendship formed by a man and a woman. The "Levada Solution" allowed employees to designate anyone who was legally domiciled with the employee to share their benefits: a gay partner or an aging aunt or an unemployed cousin. It was brilliant.

Can you imagine this article explaining his solution – which appeared in First Things no less – being issued by today's U.S. bishops' conference? Or from the pens of the two archbishops who currently sit where Levada had, in San Francisco and Portland, Oregon?  Today, the culture warrior bishops can't or won't even allow themselves to use the word "gay" as Levada did. The idea that we should look for workable solutions and not grandstand has gone out of favor with many U.S. bishops.

I asked Bishop Robert McElroy, who was a vicar general* under Levada, for his thoughts about the now departed cardinal. "I witnessed three anchors in Cardinal Levada's service as a priest and bishop, all of which are much needed in our day," McElroy told me in an email.  "The first was a continual devotion to the coherent articulation of Catholic faith and the development of a real-world catechetics capable of bringing that faith into the hearts and minds of believers. The second was his unswervingly nonjudgmental disposition toward the human failures that lie within each one of us. And the third was a natural graciousness and optimism that could bridge barriers of ideology at key moments. So many of us from the Cardinal's days in San Francisco have lost a friend, a mentor and a true pastor."

Archbishop John Wester of Santa Fe also collaborated with Levada in San Francisco. "For me, Cardinal Levada was a man with a big heart.  He loved people and enjoyed many friendships," Wester wrote in an email. "He was never shy about expressing his point of view but he also listened attentively to others and gave everyone a fair hearing." Wester recalled Levada's lifelong friend and successor, Archbishop George Niederauer, who died in 2017: "I can only imagine the conversation between Archbishop Niederauer and him at their reunion."

In 2013, I was finally looking forward to meeting Levada. We were both going to San Juan, Puerto Rico, to celebrate the 25th anniversary of Archbishop Roberto Gonzalez's ordination as a bishop. The celebration was especially important because of the controversy that had surrounded Gonzalez when the Apostolic Delegate convinced Rome to initiate an apostolic visitation of the archdiocese, and false allegations of covering up sex abuse were leveled at Gonzalez. Rome had demanded his resignation.

"When I celebrated my 25th anniversary as a bishop, Cardinal Levada travelled from Rome to be present for the anniversary Eucharist, a luncheon with the priests and another gathering with the bishops, my family and friends," Gonzalez told me by email from Madrid where he was scheduled to preside at a wedding. "His fraternal support was especially notable at a crucial moment during my episcopacy." Gonzalez added that "when the Apostolic Visitation took place in the Archbishopric of San Juan de Puerto Rico, from his [Levada's] Roman experience he counseled and offered me unwavering support." 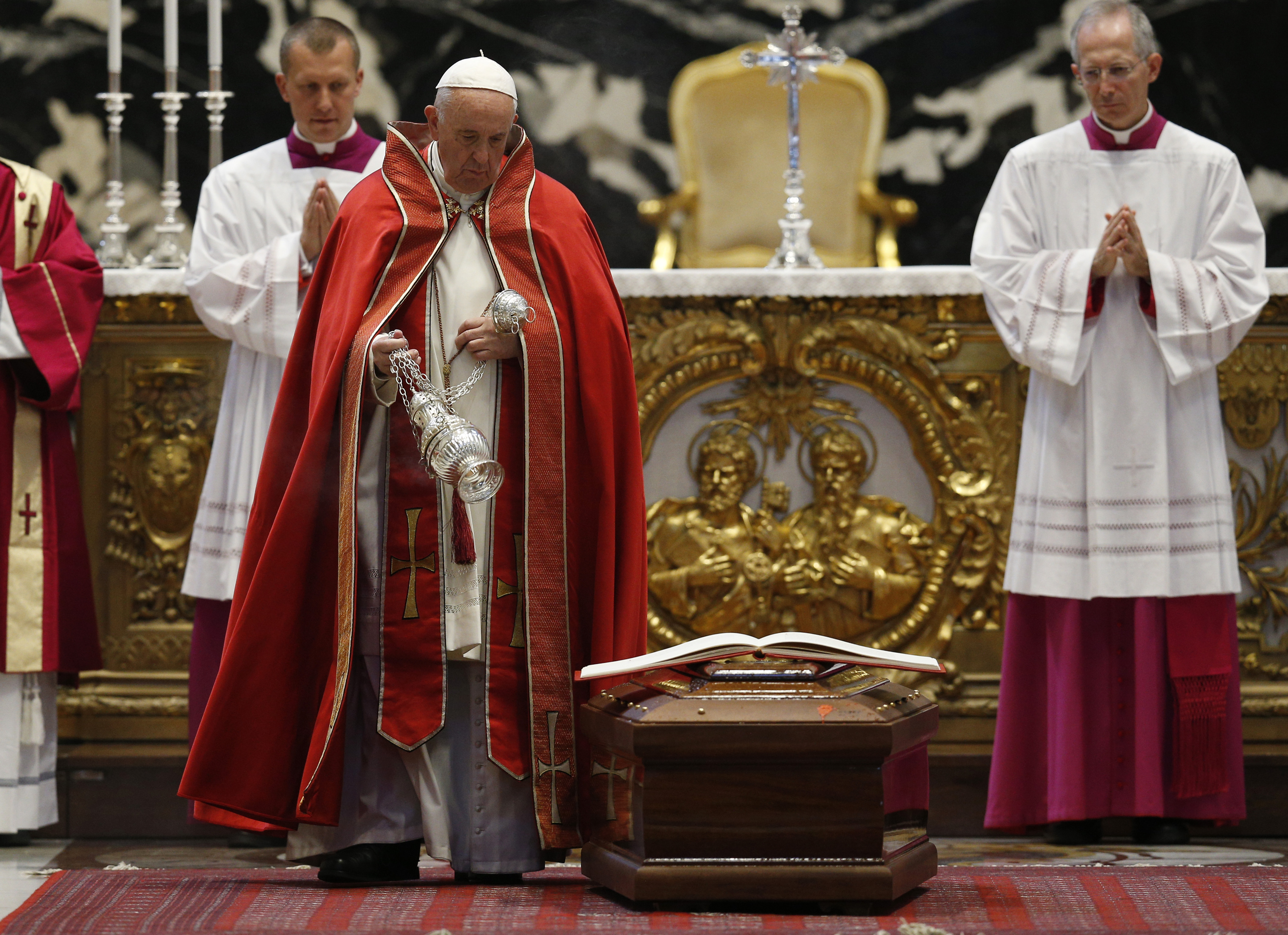 Levada's support was well placed. We now know that the visitation was instigated by the Apostolic Delegate at the time, Archbishop Jozef Wesolowski, who was later convicted by a church court of sexually abusing children and defrocked. In a classic case of projection, he had accused Gonzalez of what he himself had done.

When I arrived in San Juan for Gonzalez's anniversary celebration, he invited me to a lively lunch with Levada, who was an accomplished conversationalist. After, I went for a swim and was not in the ocean for five minutes when a voice called out: "Hello Michael Sean. We meet again." It was Levada in his swim trunks wading into the warm ocean water. I thought how surreal this was: Bill Levada was to be my swimming partner. Who would have thunk it? We again discussed a variety of issues. His mind was as sharp as a tack and his sense of humor was ever at the ready. Rarely in life have I met someone who was easier to like, and to like so quickly.

I saw him last November at the U.S. bishops' meeting. He was sitting in the lounge having a drink with Archbishop Wester. I said hello and he not only recalled our swims in San Juan, but also some of the topics we had discussed. I was looking forward to seeing him in Baltimore again this November.

His life was not without controversy. He got blamed for the doctrinal assessment of the Leadership Conference of Women Religious (LCWR), even though that plot was hatched at the USCCB and Levada resisted undertaking it. His decision to name Bishop Peter Sartain as the prelate to work with the women religious on the issues identified was a sure way to lower the temperature and find conclusions that were acceptable to all concerned.

It is a measure of how much damage was done to the American episcopate while Cardinals Justin Rigali and Raymond Burke sat on the Congregation for Bishops that "Darth Levada" would probably be too liberal — I had almost written "too conciliatory" — to win an election in today's USCCB. It is noteworthy that Pope Francis removed Rigali and Burke from that Congregation and left Levada on it until he turned 80. Of course, Pope Francis would have remembered and appreciated the cardinal's judicious participation at the Latin American Episcopal conference meeting in Aparecida in 2007.

Cardinal Levada's respect for people, his desire to honor all the church's teachings and find practical solutions when they seemed to conflict, his personal warmth and keen intellect, his loyalty to the successor of Peter, these were the characteristics of the man I got to know briefly while swimming in the ocean together at the Caribe Hilton. His death has robbed the U.S. church of a seasoned churchman whose wise counsel the bishops need. His death has made me very sad. Requiescat in pace.

*This story has been updated to correct that McElroy served as vicar general under Levada.