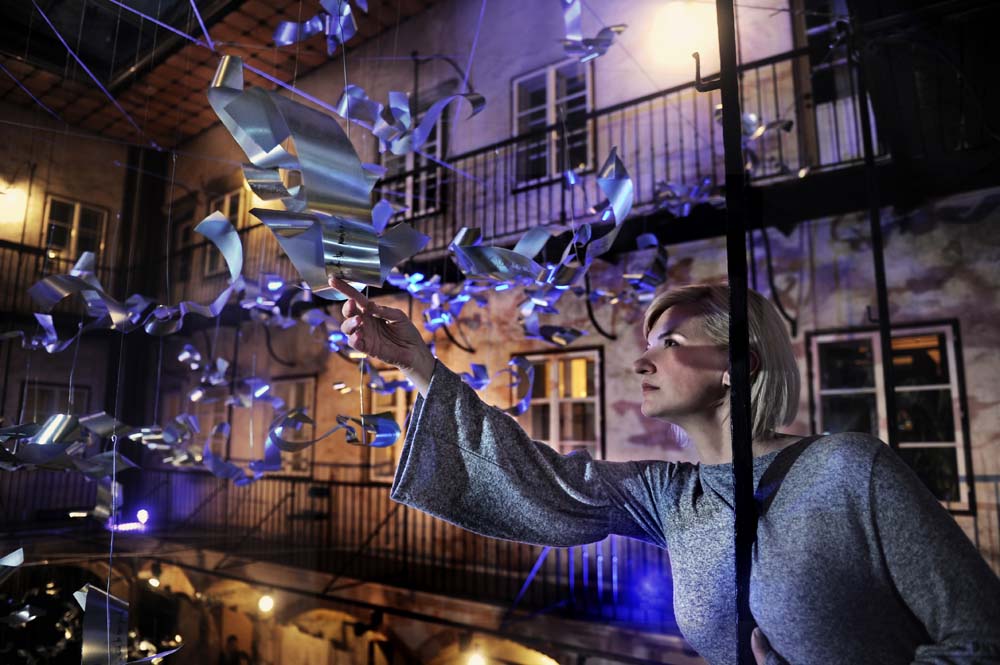 Ethnonationalism is on the rise. In Austria last weekend, the populist, anti-immigrant People's Party won the parliamentary elections and is entering into a coalition with the far right Freedom Party. The Catalonian people voted to separate from Spain. The U.K. is still leaving the European Union. And, Donald Trump is president of the United States.

American nationalism was always wedded to ideals, but the Trump presidency has wiped that away. In Europe, the cost of ethnonationalism was etched into people's historic memory: Very few of the ancient nations of Europe were not overrun by the Nazis and governed by the Gestapo during World War II. In the 1990s, the dissolution of Yugoslavia led to ethnic cleansing and mass murder of a violence and on a scale not seen since Hitler. Sarajevo, a city that previously enjoyed ethnic intermarriage rates comparable to those found in the U.S., became a symbol of the horror ordinary people are willing to perpetrate on those who were once their neighbors when ethnic hatreds are stoked. Demagogues capable of turning a generic sense of grievance or deprivation into a vile and inhuman sense of ethnic identity, defined in opposition to the ethnic "other," are the most dangerous people in modernity and, for a time, Sarajevo was their monument. 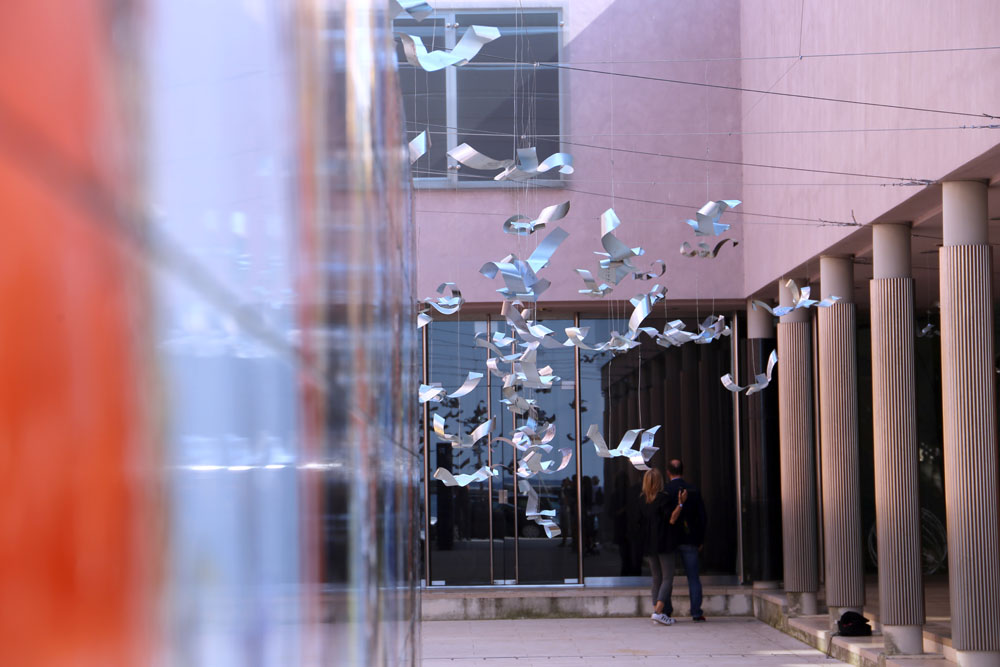 But the human spirit is not condemned to wallow in the mud of such organized hatreds if brave souls, enlightened by more noble sentiments of the human heart, and finer aspirations for the human race, stand up and are counted. And, in this time of renewed manipulation of powerful cultural memes for evil ends, perhaps it is the artist who is best equipped to evoke emotions that edify instead of dehumanize, piercing the human heart and forming the human conscience in ways that not only uplift, but uplift everybody. In our day, one such artist is Edina Seleskovic, whose project "Think Freedom" challenges the rise of the chest-thumping nationalists.

In 2014, Seleskovic was asked to design a stamp to commemorate the grim anniversary of the assassination of Archduke Franz Ferdinand, which took place in Sarajevo and ignited the First World War. She produced a painting of a bird of peace flying over Sarajevo. "The mayor loved it," Seleskovic told me in a phone interview this week. "The head of the postal department loved it. But, it was banned by a committee under political pressure. The media took up the story. "I was devastated," Seleskovic says. "It was crazy."

Instead of accepting the politicians' verdict, Seleskovic the next year decided she wanted to make thousands of birds of peace to fly over the city. "That was going to be my statement." The mayor invited her to undertake the ambitious installation in the newly restored City Hall. Seleskovic reached out to schoolchildren, asking them to write down a thought about the word "freedom," and then etched the words on metal strands which, when paired, formed the image of a bird. The Vatican ambassador in Bosnia, Archbishop Luigi Pezzuto, loved it and he asked for one of the sculpted birds to give to the pope when he visited the city. Seleskovic gilded one of them and it was presented to the Pope Francis in 2015 when he visited the former war zone. 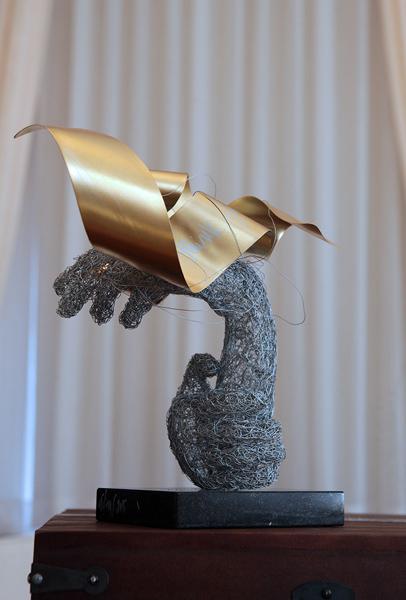 "After the show, some people wanted me to do a similar installation in New York City," Seleskovic says. She lived in the city for many years and still maintains a studio there. "But, I wanted to do it here in other parts of the former Yugoslavia. I wanted to do it in Banja Luka," the capital of the rump state of Republica Srpska, that part of Bosnia dominated by ethnic Serbs. And she did. The installation was set to open four days before a referendum on whether to celebrate a Serbian national holiday, and in the lead up to the vote there were fears the war could be reignited. Seleskovic was undeterred. "I worked with the school kids, and with the women's Rotary Club. The installation was on the front pages of the newspapers. It was proof to me that art has the power to overcome division, to talk about things in a different way."

A U.N. agency noticed Seleskovic's art was "talking about things in a different way" and invited her to bring her project on an international tour once she finished various cities in the former Yugoslavia. Next year, she plans installations in Berlin, Copenhagen and Barcelona. After some stops in Latin America that are still in the works, Seleskovic will bring her show to the U.S. with installations in Chicago, Los Angeles and Miami before a concluding exhibit at Dag Hammarskjold Plaza at the United Nations in New York.

Seleskovic is not only trying to use her art to overcome political divisions; She is also trying to educate the art world. "Contemporary art has marginalized itself," she says. "In New York it has no social impact. We've completely lost touch with real people, and only know the dealers and the clients they serve. Then we get surprised when Trump gets elected." She notes that "Europe still has it, culture is still in the newspaper not just in specialty magazines." 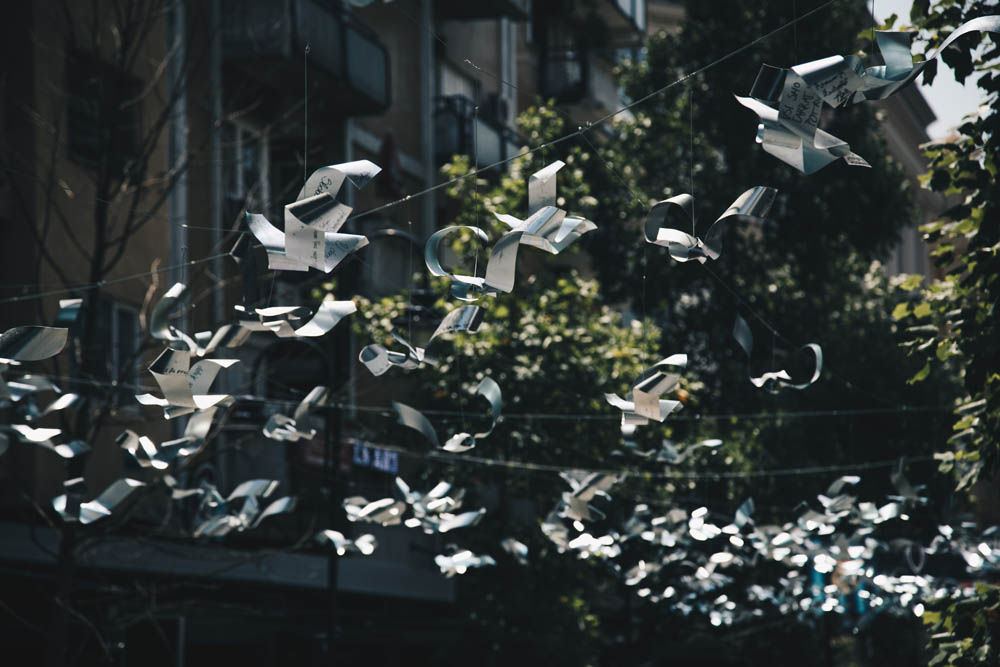 Seleskovic was in the U.S. as a high school exchange student when the war broke out in her homeland. She was forced to stay. I met her when she came to the Washington, D.C. area and was pursuing studies at the Corcoran School of Art. We worked together at Kramerbooks & Afterwords Café in Washington, which became a hangout for Bosnian expats in the 1990s. Her first show at the Corcoran, called "Pieces of Her," was more grim, reflecting her frayed sense of identity at that time in her life. But, there was power in the images she created.

That first Corcoran show is related to Seleskovic's current work. "I feel my life story has led me to do this work," she explains. "When my world collapsed in 1992 and I was displaced from home, art saved my sanity if not my life. In return I dedicated my life to art. Being a Bosnian and American I have had to examine my perceptions of ethnicity, national identity, and find my sense of belonging in this duality, this confluence of the East and West. This work is public art, interactive and inclusive, but also very personal to me in its idea and message." 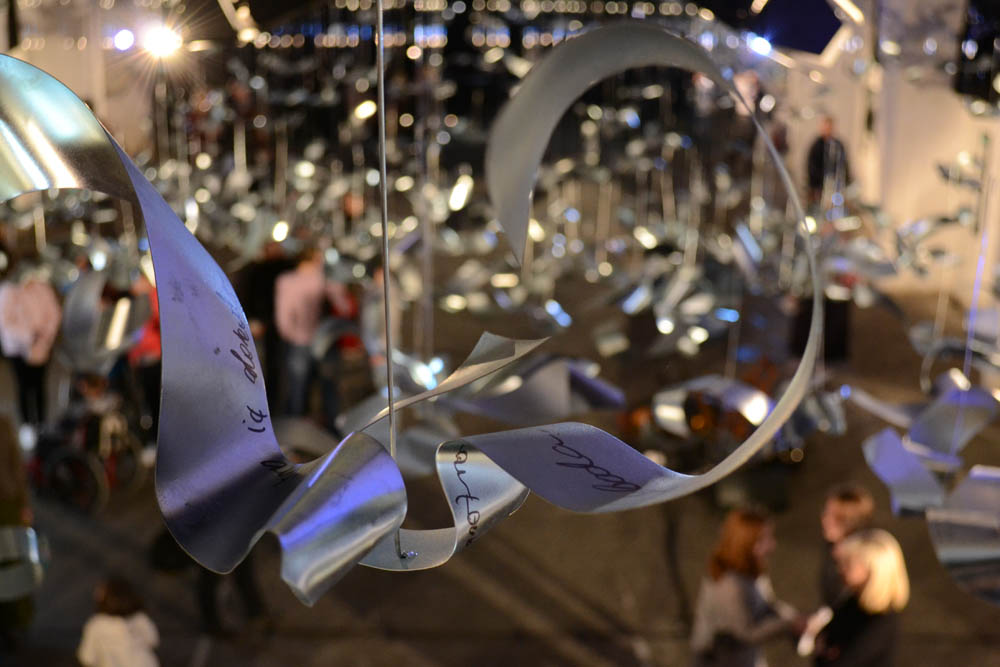 Great art is at once universal and particular. No two Beethoven symphonies are the same, but all of them strike the human heart via the ear, no matter where you live or who your grandparents were. The coy smile of the "Mona Lisa" intrigues everyone and anyone who looks upon her. No one can encounter the soaring dome of St. Peter's, or the marbled agony of the Blessed Mother in Michelangelo's "Pieta," with indifference. The demagogues of ethnonationalism need to erase anything that strikes a universal chord, but every generation produces artists who come along and block the demagogues' way, who exult the human spirit and lead the rest of us who lack artistic skill into the broadlit uplands of human culture. Edina Seleskovic is one such artist in our time. In these dark days of Trumpism and Brexit, I am beyond grateful she has persevered through all the hatred that engulfed her homeland, and that she and her art have emerged triumphant, hopeful, brilliant.