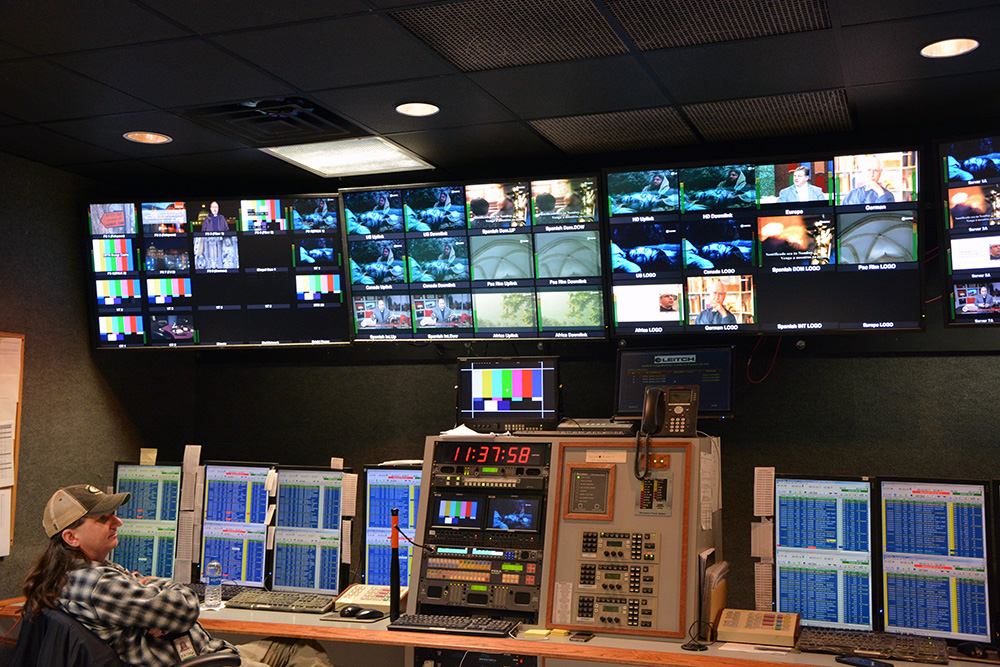 Ten years ago, I began researching my biography of the Rev. Jerry Falwell. I had been familiar with the religious right, of course: In the 1980s, Falwell was a frequent TV guest opining on the political issues of the day through the lens of his particular brand of conservative Christianity. Still, I learned a great deal about evangelical Christianity in those years of research.

One of the things that most impressed me as I conducted my research was the degree to which the diffuse ecclesiological structures of evangelical Protestantism limited its reach and aggravated a certain coarseness. In fact, structure is too strong a word. The politico-theological complex of evangelical Christianity had a variety of different, sometimes wildly different, points of influence, and it utterly lacked the kind of hierarchic ecclesiological structure the Catholic Church has.

Our hierarchic structure, whatever its problems, served historically as a moderating influence and had, for many centuries, insisted on an intellectual rigor that was formidable. We Catholics might get things wrong, and individual Catholics might be politically obtuse, but people would know who speaks for the Catholic Church and they would know that while there was political relevance to the church's theology, our church would not become an arm of any political party. In addition to our structures, there was a body of official teaching, developed over the centuries, that stood as a bulwark against any attempt to co-opt it for partisan ends.

It was during those same years of research, that my dad began asking me some questions about our Catholic faith. My father, an educated man, started wondering about things that struck me as bizarre, asking if the church really believed something it didn't, or opposed something about which the church's stance was nuanced. He would ask me political questions that were premised on conservative talking points that were at best arguable and at worst outright lies. I came to realize that he was occasionally tuning into EWTN.

Yesterday, my colleague Heidi Schlumpf began a four-part series about EWTN. And, one of the things her research shows is that EWTN is every bit as powerful a voice among the Christian right as any particular evangelical outlet, and the network engages in precisely the kind of coarse partisanship that I had found so different, and so dreadful, in Falwell's career. The mainstream media hears the phrase "Christian right" and thinks of Jerry Falwell Jr., Franklin Graham, Robert Jeffress and Tony Perkins. They need to start adding Raymond Arroyo, Lauren Ashburn and Edward Pentin to the roster.

Falwell Sr. was an empire builder and he looked to American Catholics as a model. He said he wanted his Liberty University to be an evangelical Notre Dame. There is nothing so distinctive about 20th century American Catholicism as its prowess at infrastructure. EWTN is no exception, and it has added a news service and a newspaper to its media empire. The television network has expanded exponentially and its reach is unparalleled among religious programming.

But, there is a difference. The vast complex of parishes and schools and hospitals and fraternal associations that American Catholics built in the 20th century were all, in some meaningful way, connected to the hierarchy of the church. People might agree or disagree with what the church had to say, but they knew who spoke authoritatively for the whole. EWTN, however, severed its official ties to the church at the same time as it had eclipsed the bishops' own efforts to create a Catholic television network. NCR is proud of its independence from any official control, but EWTN repeatedly claims it is presenting the news “from a Catholic perspective.” When you are the only Catholic network, people can be forgiven for thinking the “Catholic perspective” being presented is authentic and accurate.

And that claim could not be more wrong. Despite their insistence that they are loyal to the magisterium, EWTN has always been highly selective in presenting church teaching. They distort some teachings and ignore others. They inflate those teachings they like to the point that they block out other important teachings. They evidence none of the historical suspicion with which the Catholic tradition has always viewed capitalism. NCR has always acknowledged its role as a kind of loyal opposition. EWTN has claimed to be loyal to the party in power, but now in the age of Pope Francis, their disloyalty is no longer able to be hidden.

Later this week, Schlumpf's series will examine the ad intra concerns raised by EWTN, their willingness to challenge Francis in ways that are remarkable. But, as she shows today, their political coverage lacks all the nuance and depth that the Catholic intellectual tradition brings to political issues. I almost always watch Arroyo's "The World Over" and he repeatedly obfuscates explicit Catholic teaching on issues like immigration or the death penalty. On issues like abortion and same-sex marriage, a particular political or legal agenda is presented as the only way of honoring the church's moral teaching. Never do you hear a frontal challenge to anything said by President Donald Trump. The trenchant partisanship at EWTN has not turned the network into Falwell Lite. It has turned it into Catholic Lite.

Do I exaggerate? In 2014, Boston Cardinal Sean O'Malley went to the U.S.-Mexico border near Nogales, Arizona, to lead a Mass for the repose of the souls for those who had died trying to cross the border. He was joined by several other bishops. The image of O'Malley and Bishop Gerald Kicanas distributing Holy Communion through the slats in the border fence to fellow Catholics on the other side brought tears to my eyes. But, in addition to the emotional impact, the image showed a profound Catholic truth: The Communion we share in faith cannot be broken by any political border. "Somos juntos en una familia in Cristo," Kicanas said. Later that week, on Arroyo's show, George Weigel called the Mass "an act of political theater." Really?

To be clear: I have nothing but respect for conservative friends and scholars who wrestle with the Catholic intellectual tradition and who reach conclusions different from my own, but conclusions that do not vitiate or contradict Catholic social teaching. That is not what EWTN does. And, increasingly, they serve as a means for taking stories from the lunatic fringe like LifeSiteNews or Church Militant, and mainstreaming them, making them sound plausible when they are actually fantastic.

The bishops have a large problem on their hands. They have lost control of communications within the church. Millions of Catholics watch EWTN. How many read a press release from the bishops' conference calling for protections for undocumented immigrants? How many read a diocesan newspaper if there still is one? EWTN is not a nuisance, it is a claimant problem. Had the bishops confronted the organization bit by bit over the years, they would not be in the situation now of having to lance the boil. But, that is the situation they are in and, as always happens when a boil is lanced, it won't be pretty.