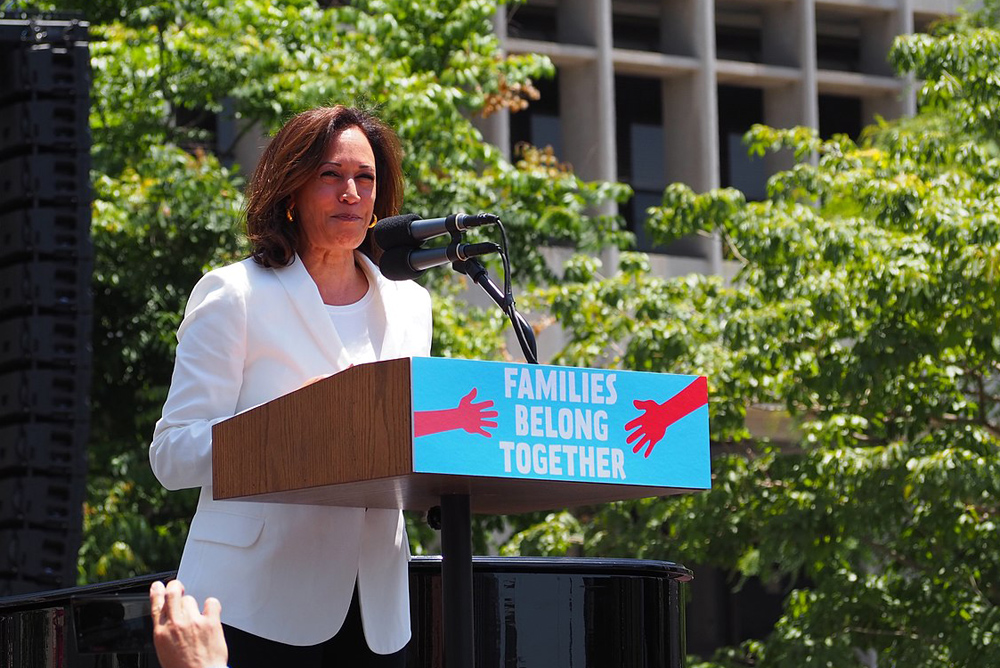 Sen. Kamala Harris' campaign received a big, big boost after her commanding performance in the first round of primary debates. An Iowa poll had her vaulting into second behind Vice President Joe Biden and a national Quinnipiac poll also put her in second place, only 2 points behind Biden.

Harris' debate performance showed her ability as a storyteller as well as her ability to deliver a well-rehearsed attack line, going after Biden's record on busing and making it personal: "That little girl was me." But, at the end of the debate, could anyone answer the question: Why does Harris think she should be president? Or this one: Can anyone describe with any precision where Harris would like to lead the country should she become president? All the encomiums for her debate performance had to do with style, not with policy. That might work in a normal year, but Sen. Elizabeth Warren has raised the importance of policy to a new level, and with it, conferred some gravitas on the entire nominating process. I can't wait to see the two senators side-by-side in a debate.

Harris also has some serious problems when you look at the role of big money in her campaign. Like all Democrats, she may complain about the role of money in politics, and denounce the Supreme Court's decision in the Citizens United case, but she has not taken the very simple step she can take right now, and all on her own, of forswearing bundlers and big dollar fundraisers. Instead, before Biden jumped into the race, she had far outpaced other candidates in attracting contributions from bundlers who raised at least $100,000 each for Hillary Clinton. I am not sure that is a distinction one necessarily wants. Harris' long association with, and dependence upon money from, Silicon Valley also is not going to stand up well when the debate stage shrinks and someone gets to do to her what she did to Biden, deliver an attack line about being beholden to the tech giants, to which there is no real response.

Then there is the problem with her anti-Catholic bigotry. Is that too harsh? How else would you characterize the questions she posed to Brian Buescher, a Catholic nominated to the federal bench late last year. My favorite: "Were you aware that the Knights of Columbus opposed a woman's right to choose when you joined the organization?"

The question displays an ignorance of the Knights that could have been corrected with a Google search. She later asked if he knew of the Knights' opposition to same-sex marriage when he joined the organization. Again, the question is ignorant or bigoted or both.

Michael Gerson, writing about the questions from Harris — and from Sen. Mazie Hirono — hit the nail on the head when he wrote:

The comparison of this view to the United States' long history of anti-Catholic bigotry has been disputed. Actually, it is exactly the same as this history in every important respect. A 19th-century bigot would have regarded Catholicism as fundamentally illiberal — a backward faith characterized by clerical despotism — and thus inconsistent with America's democratic rules. The same attitude seems currently present in the U.S. Senate. … But if liberal Democrats want to compare the Catholic Church to a hate group, good luck with that. They will offend the last religious traditionalists they haven't already and alienate a good many others besides.

Regrettably, I suspect if any other candidate were to question Harris about this, they risk getting booed. But, members of the press need not play to an audience, and Harris should be asked how she differentiates her anti-Catholic bigotry from the nativism of earlier times.

One potential answer Harris could offer would be to tar the entire Catholic Church with the crime of sexual abuse of children, but that potential answer is apparently foreclosed because, while serving as a prosecutor and as California attorney general, she did not do a whole lot to hold church leaders accountable.

Speaking of foreclosing … of all the attack lines against Trump, surely one of the strongest will be that he betrayed his promise to "drain the swamp," nowhere more so than in appointing the "foreclosure king" Steve Mnuchin to be secretary of the Treasury. One of Warren's biggest applause lines is when she asks why none of the really big thieves, who engineered the 2008 economic meltdown, went to jail. But, Harris would have a hard time challenging Trump on this score because, when she had the opportunity to prosecute Mnuchin, she ducked.

In sum, Harris had a good debate night, but there is a long road to go and she has obstacles in her way to the nomination that are large and obvious. The mainstream media is too busy ripping out Biden's entrails everyday to notice, but the time will come. The eventual nominee will not be the person who had a good debate here or there, but the person who stumbles and knows how to get up again. We will see if Harris has that quality. But, she will have to get up many, many times because her way of doing politics is precisely the kind of politics — dependent on big money, knee-jerk on abortion, and unwilling to upset the neoliberal cart — that resulted in people finding Trump a plausible alternative in the first place.