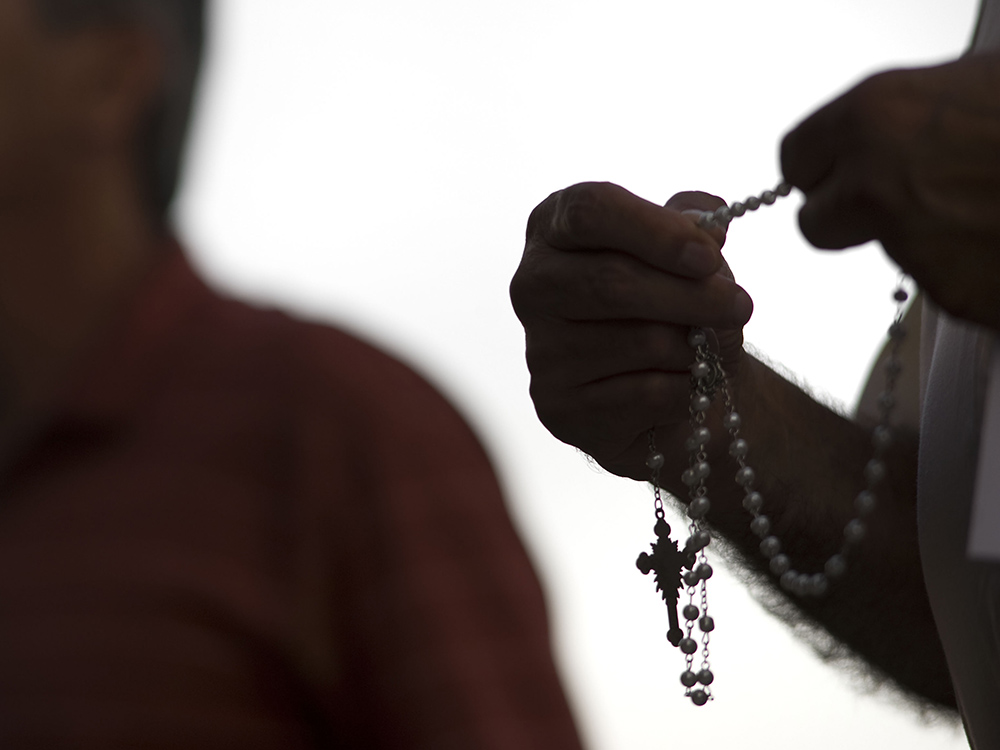 One afternoon last week, three things occurred that, to my mind, point the way forward for the church in the United States to begin recovering some semblance of its catholicity, a 21st-century incarnation of the famous James Joyce observation that being Catholic means "here comes everybody."

The first was our editor Heidi Schlumpf's column "Liberal Catholicism: We've been here all along." She is right to point out that while the public face of religion in this country may have become dominated by conservative Christians starting with the founding of the Moral Majority in 1979, liberal Christians did not disappear.

What is more, while John Fitzgerald Kennedy may have garnered a disproportionate share of the Catholic vote because of a kind of tribal pride, he did not garner all of it. Many of the Catholic votes he did get would have remembered Kennedy's unwillingness to vote to censure Sen. Joseph McCarthy as evidence he was not exactly a liberal. In any event, if your starting point for tracking Catholic political views is 1960, there was bound to be a drop-off in the percentage of Catholics voting for the Democratic Party. Then came Roe and the culture wars and all that.

Still, Catholics with a liberal disposition, a liberal heart and/or liberal politics remained active in the life of the church, even if the rise of conservative Catholics, aided by gobs of money, have increased their influence throughout the church's many institutions.

The second item was an email from a reader that captured a kind of propositional Catholicism that is uniquely conservative:

Why, when Catholic Teaching is so clear and so contrary to culture, do many remain Catholic? You know what I mean? So many Catholics flat out disagree with the Church's positions on marriage, life, the devil, Purgatory, mercy, justice, the mass, the Eucharist, ordinations, rights of Catholics to practice their faith because of "discrimination", the death penalty, just warfare, reconciliation, the prioper [sic] role of laity, diaconate, priests in parish life, the role of women in the family, contraception, abortion, euthanasia, the importance of celibacy, religious vocations and orders, abortion, conformity to the world, the cross, natural law, moral theology, penance, abstinence, biological sex, purity, infertility, commandments, Dogmas, sovereignty, even Church history, the list is practically endless.

To me, Catholicism is most definitely a set of beliefs to which we are called to give assent but it is so much more than that. It is the smudge of ash on the forehead in February and the roast lamb at Easter. It is the Advent wreath and the Christmas hymn. Catholicism is knowing when to stand and when to kneel when attending Mass in a language you do not understand. It is making the sign of the cross when you pass a cemetery and genuflecting before you enter the pew. It is my father standing over my mother in the hospital, praying the "Hail Mary." Being Catholic means not averting your eyes from suffering and never being afraid of knowledge. It is the grievous wrong forgiven and the beggar clothed and fed. It is being a part of a long, long history of sinners and saints. It is "here comes everybody."

My correspondent reduced the rich life of the Catholic faith to a set of propositions, as if Catholicism was an intellectual enterprise. It is such an enterprise, to be sure, but it is also so much more than that. And we are not Protestant, because we believe being Catholic is about belonging to a church, not because we were born in a time and place where the Bible was readily available. "What would I know of Him, but for her," wrote the great French theologian Henri DeLubac.

The final item was found on Twitter. University of Virginia theologian Nichole Flores posted a wonderful thread about hearing a sermon at Mass that made her want to walk out, but she didn't.

She explains her decision, noting, "The disagreement made me pause, listen, and pray instead of needing to assert, fight, and win. Maybe it was because I am so acutely aware of my need for Jesus right now, and how much it exceeds my need to be right."

Then Flores said something I hope all Catholics, left, right or center, will feel in their bones:

Also, I have decided that I am not ceding the Church to anyone. I am a devout, daily mass going, Rosary saying, Guadalupe devotee Catholic, whether secular (or Catholic!) media would recognize that about me or not. I am not giving up my pew or my place.

Amen, amen, I say. No priest, no bishop and no bishops' conference can force us out of this church.

We all need each other as Catholics because the teachings of the church are always developing. Catholics live in real time with real challenges. Liberals must challenge conservatives and vice-versa. Each generation brings with it a new set of questions to ask of the ancient verities. The verities remain, but if they are to remain alive, they will change and develop. Only dead things do not change.

That is why we liberal Catholics never went away and never could go away. The Holy Spirit is at work in every human heart, liberal hearts and conservative hearts, among extroverts and introverts, beckoning the cautious and the carefree. As Massimo Faggioli observed in his latest book, "The challenge, both political and ecclesial, in the present emergency is to rebuild a sense of unity that marginalizes the extremes and treats the sectarian instinct as the epitome of non-Catholic spirit."

Just say no to sectarianism. If liberal Catholics did not exist, God would have to invent them. How do we know this? Because he already did.