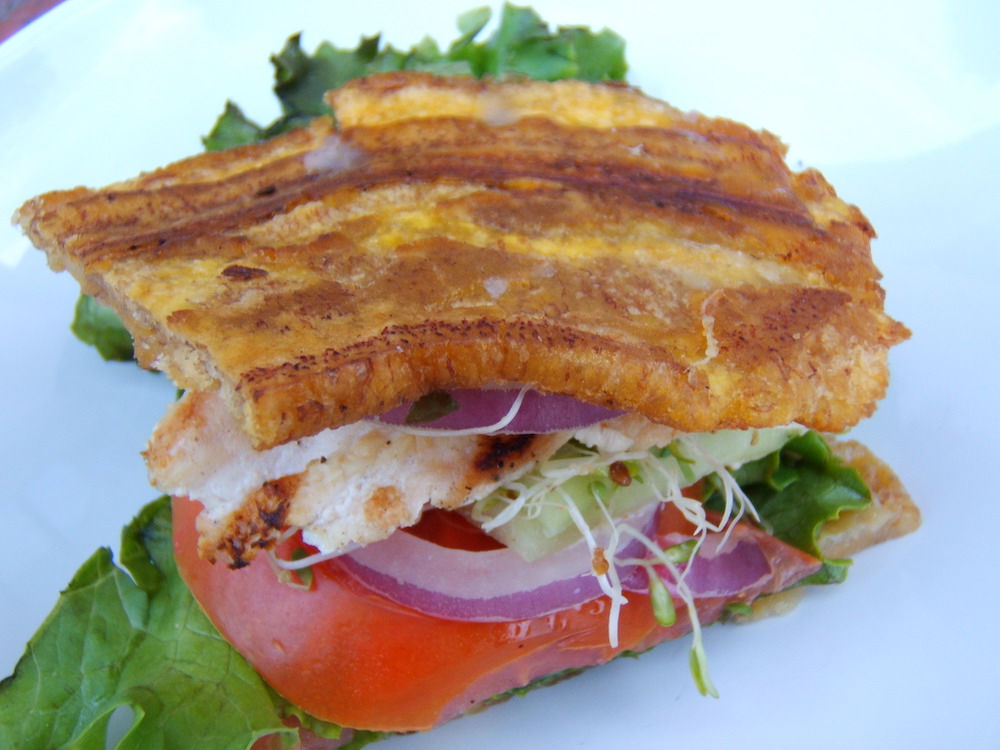 A chicken "jibarito" sandwich, which uses fried plantains for the bun, from a restaurant in Goleta, California, 2007 (Flickr/Rosidae)

At Politico, Matthew Choi looks at an NBC News/Marist poll that shows President Donald Trump and former Vice President Joe Biden tied in the always important swing state of Florida. Surprisingly, Trump is actually beating Biden among Latinos while Biden is over performing Hillary Clinton's numbers with older white voters. Also at Politico, Marc Caputo puts some reporting on the numbers, talking to Democrats in Miami-Dade County, and they are freaking out at how well the president is doing in a county that Clinton won by 30 points.

In the Guardian, Michael Sandel does a better job than anyone in explaining Trump's appeal and the complicity of the Democrats in bringing Trump to power. The money quote:

Am I tough on the Democrats? Yes, because it was their uncritical embrace of market assumptions and meritocracy that prepared the way for Trump. Even if Trump is defeated in the next election and is somehow extracted from the Oval Office, the Democratic party will not succeed unless it redefines its mission to be more attentive to legitimate grievances and resentment, to which progressive politics contributed during the era of globalisation.

My biggest worry about a Biden-Harris victory is that neither of them have shown any deep grasp of this indictment of neoliberal economics and the cultural attitudes that accompany it. Sandel's comments on Trump's appeal should be read by every person on the Biden campaign.

And we used to think that the principal problem with democracy in America was apathy? Ah, for the good old days. The New York Times asked seven security experts what worries them most about the upcoming elections. The answers are not reassuring. As a general rule, I do not like it when religious leaders speak out in the months leading up to an election, but the president's continued efforts to undermine confidence in our democracy really is a different kind of threat, and the bishops should say speak up to defend the integrity of our electoral processes.

In The Washington Post, a look at efforts to reform the police in my old neighborhood, Prince George's County, a majority-minority county outside Washington, D.C. The county was ordered to enact police reforms in the first decade of this century, and those reforms did not go far enough. The article shows that real reform requires getting into the policy weeds, bringing together representatives of all the stakeholders and analyzing a lot of data to keep everyone honest. It also requires determination from political leaders. Blessings on their efforts and of efforts like this nationwide.

From Chicago Eater, the jibarito is becoming a staple in Chicago's Latin-themed restaurants and proving that the vibrancy of our culture is directly related to the variety of influences that make up the mosaic of modern U.S. culture. In Puerto Rico, the image of the jibaro, or farmer, is the symbol of the political party that opposes seeking statehood, and there is a beautiful statue of the jibaro along the main highway that links the north and south sides of the island. The idea of replacing bread on a sandwich with fried plantain had never occurred to me, but I am stopping at the store today to give it a try!