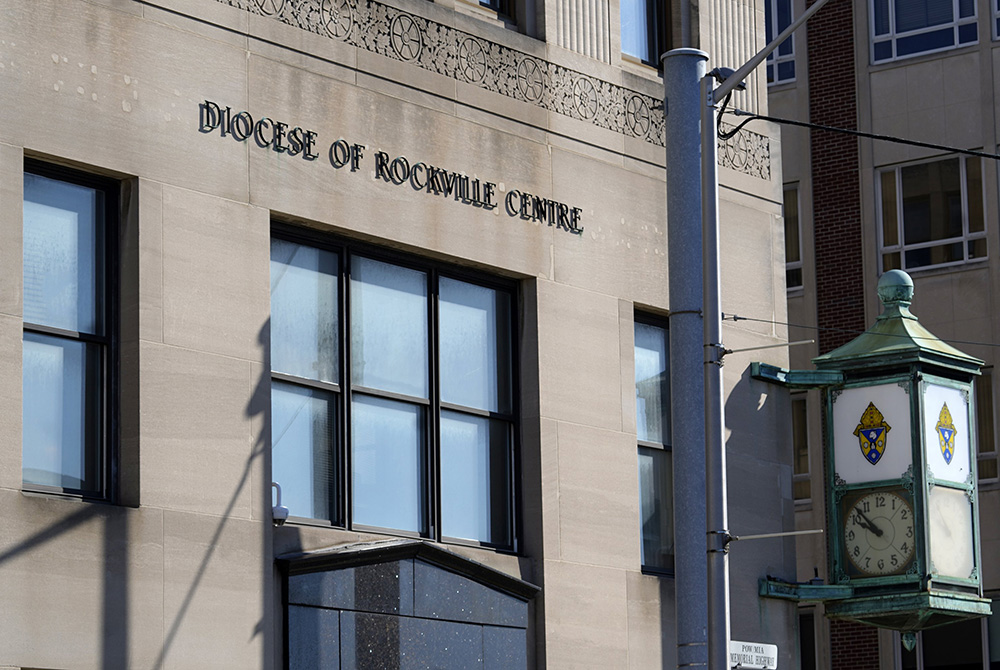 The pastoral center of the Diocese of Rockville Centre, New York, is seen March 27, a day after the diocese announced the sale of the property to Synergy Holding Partners LLC for $5.2 million. (CNS/Gregory A. Shemitz)

Bishop John Barres: call your office. Michael Matt, the editor of the reactionary The Remnant, just delivered a speech attacking Pope Francis and spreading misinformation about COVID-19. And he delivered this speech at Immaculate Conception Seminary in Barres' diocese, Rockville Centre, New York. I would be equally upset if someone on the left who was similarly unhinged was given a platform at a seminary, but I do not think there is anyone on the left who is this unhinged.

At Politico, the great Jack Shafer on the problem with misinformation and how to combat it. The money quote:

He retrieves a word I had never heard before: thobbery, defined as "the confident reasoning of a person who is not curious about verifying his results." The bad news? There is not a whole lot we can do about it, but the key is to encourage people to only post and retweet accurate information. Studies show that has more appeal than the threat of any kind of social media censorship.

At The Washington Post, Aaron Blake looks at the campaign fundraising totals posted during the second quarter. The bad news for the Republicans is that the numbers confirm that the party now belongs to Trump. The fire-breathers like Reps. Marjorie Taylor Greene and Matt Gaetz, the former a QAnon devotee and the latter under investigation by the FBI, raked in a ton of money, $3.2 million and $1.3 million respectively. Conversely, seven of the 10 Republican members of Congress who voted to impeach Trump raised less money in the second quarter than they did in the first.

At Governance Weekly from the Brookings Institution, Elaine Kamarck asks if Donald Trump permanently damaged our democracy: "My answer is a qualified no. The guardrails of democracy held. The institutions designed to check autocracy are intact." She makes the strongest case I have read that his damage was not permanent, but I think the verdict is still out. He did not damage the five institutions she cites — and oddly, she does not include the military — but I do think his effort to dominate the system of shared power with the states came pretty close to winning and did, in the end, need courageous people like Georgia Secretary of State Brad Raffensperger, not just "the system," to hold. And the events of Jan. 6 might have played out differently if the Democrats did not control at least one chamber of Congress.

At History Extra from the BBC, why do so many portraits of the Emperor Napoleon show him with one hand tucked into his vest? Was it deformed? The answer is more prosaic but just as fascinating in its way.