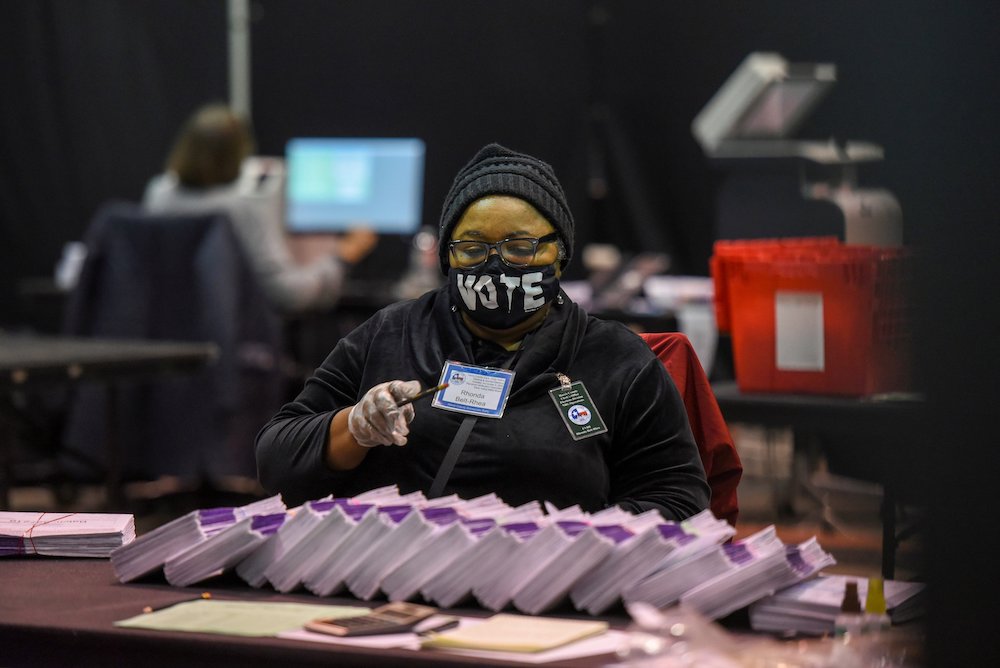 Ambivalence in spades. That is how I feel about corporate America interesting itself in politics. In The New York Times, a report on some big companies in Texas opposing the efforts to restrict voting in that state. This press release from the Free Enterprise Project suggests that CEOs at companies like American Express and Bristol Meyers Squibb are waffling when asked about their stance at corporate shareholder meetings. Would anyone be surprised that corporate America would approach such momentous issues with a focus on how it would affect their bottom line? Our system presumes self-interest helps strengthen democracy, but a multinational corporation has a big self, big enough to swamp the rest of us.

At the Working-Class Perspectives blog, from the Kalmanovitz Center at Georgetown University, Wade Rathke of ACORN International writes about the lessons to be drawn from recent organizing efforts in the South, including the failed effort at the Amazon plant in Alabama. In a word: Subsidiarity is the way you organize solidarity, and if you do not keep a campaign local, and tied to local culture, you risk a bad defeat.

From The Washington Post, the Biden administration has begun the difficult process of reuniting migrant families that had been separated at the border by the previous administration. Combined with Biden’s decision to raise the refugee cap, we can hope the administration is getting its bearings and moving forward after what was an anemic start.

From Daily Nous, the great German philosopher Jürgen Habermas has declined the Sheikh Zayed award for the advancement of Arabic culture. Haberman recognizes that the United Arab Emirates, which presents the award, is a repressive regime and the organization that bestows the award is very closely linked with the political regime. Three cheers for anyone who stands up to authoritarian regimes, especially when the stand costs them, in this case, more than a quarter of a million dollars.

Speaking of standing up to authoritarians, at Politico, Charlie Sykes asks former House Speaker Paul Ryan why he has not denounced the "big lie" about the 2020 election and stood up to Fox News. Especially when you consider his former colleague U.S. Rep. Liz Cheney taking the heat for her willingness to speak the truth, Ryan’s silence looks like more and more like complicity in the Trump takeover of the GOP. Ryan is on Rupert Murdoch’s board of directors, so he is well placed to insist that the network stop trafficking in this gross lie.

At the Journal of the American Revolution, historian John Ferling sketches a portrait of British General Sir Henry Clinton. Ferling is always a solid historian and he offers a devastating verdict on the historiography of the key figure in the Revolution: "Perhaps the time has come to take a fresh look at Clinton’s generalship, one not tethered to psychohistory and that above all considers the perplexities he faced." He proceeds to consider those perplexities and begin that most exciting of scholarly endeavors, a revisionist history.

Thanks to Liam Stack from The New York Times for posting this photo, which he said was his favorite image from the pandemic. It is now mine too: