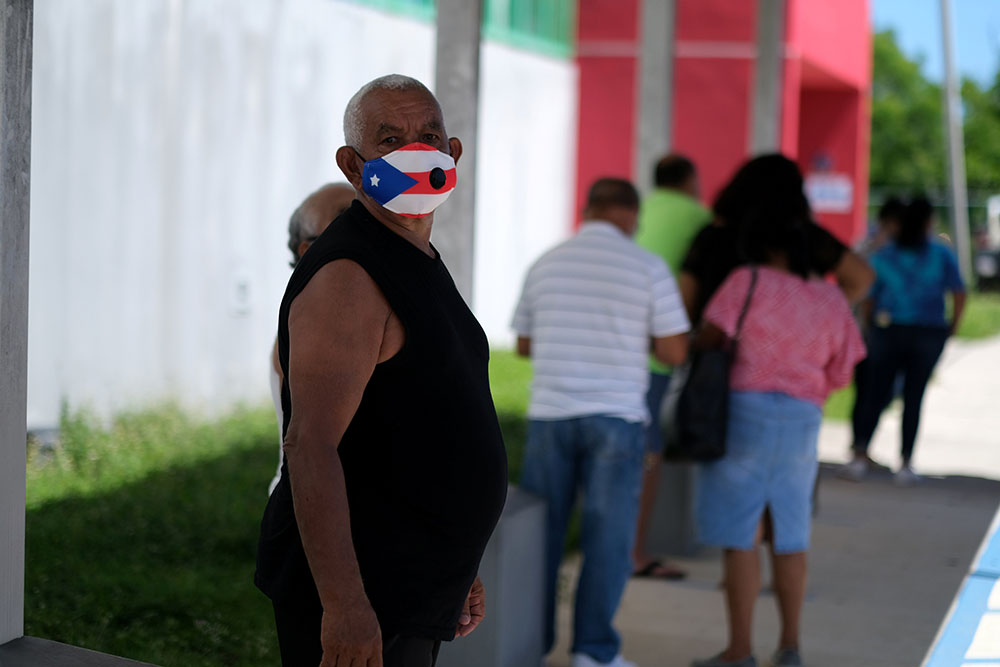 This past weekend, New York Encounter, sponsored by Communion and Liberation, premiered a sort-of documentary about Msgr. Lorenzo Albacete. The segments that highlight the late monsignor talking about issues are the best part of the show, and the comments from Cardinals Angelo Scola and Sean O'Malley are splendid. Those of us who knew Albacete miss him daily. How he would have loved Pope Francis and his repeated warning against abstraction and ideology in pursuit of evangelization!

In Politico, a diverse group of analysts look at the second impeachment trial of Donald Trump and draw different conclusions about what it portends for the health of American democracy. I am inclined to think the net result will probably harm the GOP in the short-term and the Democrats in the long-term. The extent of the harm to our democracy is too soon to know.

In The Washington Post, E.J. Dionne is more hopeful than I that the impeachment trial will redound to the discredit of the Republican Party because of its failure to hold Trump accountable. Along the way, he brilliantly characterizes Senate Minority Leader Mitch McConnell's attempt to straddle the issue of accountability: "Rarely has a politician been more blatant in attempting the impossible feat of running with the foxes and hunting with the hounds."

In The New York Times, a useful look at how the city of Fresno, California is dealing with the state-mandated increases in the minimum wage. It is true that some businesses will eliminate jobs to absorb the increase in payroll costs, but the businesses most affected have a floor in that regard: Labor-intensive businesses need people. It will rarely occur to the owners that they could walk away with a smaller slice of the pie. In the end, increases in prices will make up the difference, and, over time, the scandal of full-time employees living in poverty will be overcome.

At Axios, a primer on "Puerto Rico statehood: What you need to know." The problem? The author does not seem to know very much about the issue. For example, the island's sovereign debt issue is not strictly related to the issue of statehood, and if it were, the obvious resolution would be for the island to become independent, which would qualify it for help from the International Monetary Fund. He also seems not to recognize the degree to which corruption, not status, has dominated Puerto Rican politics in recent years. The bigger problem with this analysis is that it is driven primarily by the discussion in Washington about what the political parties there want.

At VOA, a look at the issues surrounding proposals for student loan forgiveness, and the likely regressive effects of the kind of blanket policies being discussed. The report also cites a Brookings Institution study that shows one-third of all student debt is held by the 6% of people who achieved advanced degrees. The article does not touch on the concern I raised last week, that proposals to forgive student loans would exacerbate the politico and cultural divisions between college and non-college Americans, and exacerbate it in ways that redound to the political prospects of Trump and his ilk.

In The New York Times, a Canadian travel writer asks how badly his compatriots miss having Americans visit their country, and the tourist dollars they bring, versus fears about the coronavirus spreading. I love Canada and its people, but it is impossible not to notice the way they psyche themselves out when they think of us in the States. They say things like, "We don't want to be the 51st state." In all my years on this planet, I have never, ever, not even once, heard a fellow American say, "Hey, I have an idea. Let's make Canada the 51st state!"

Does anybody else love Tom and Fred Williams, better known as TwinsthenewTrend? They tape themselves reacting to music they have never heard before, and their videos are very addictive. "Saturday Night Live" did a spoof on them and they have now posted a video of themselves reacting to the SNL skit and it is just splendid. These young men are so authentic and smart. Bravo!