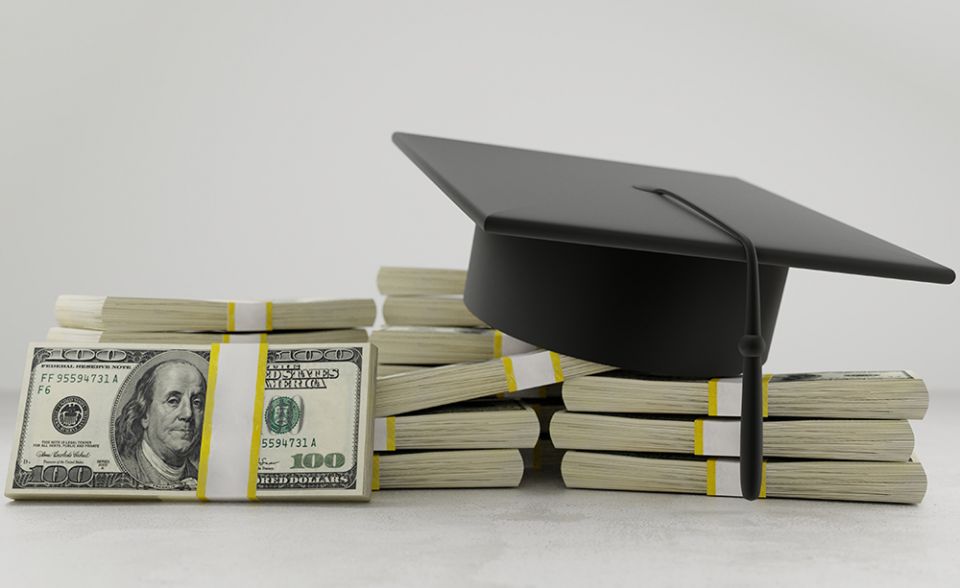 Activist groups have been arguing for free college tuition, and now, with Democrats in charge in Washington, they hope to move the football down the field. During the campaign, Joe Biden pledged to make community college free and to offer $10,000 in debt relief, pledges first lady Jill Biden reiterated this week. Sen. Elizabeth Warren and other progressives have called on Biden to forgive $50,000 in student debt, with or without legislation from Congress. Many European countries have long had free college.

Last week, at the virtual meeting of the Association of Catholic Colleges and Universities, I attended a session on the "Free Tuition Movement." President Linda LeMura of Le Moyne College in Syracuse, New York, discussed that state's Excelsior program, which has provided free tuition for full-time students at public universities since 2017. I would not expect a ringing endorsement of a program that provided free tuition at public schools from the president of a private school, and LeMura discussed the challenges the program caused small private schools like hers.

LeMura's principal criticism, however, was different. She argued that "Excelsior has turned out to be a largely regressive policy." It did not really benefit poor students because it was a "last dollar program," and poor students would already be helped by Pell grants and other scholarship programs. Indeed, Excelsior's "value goes up with the gross income of families," given the way it was devised, she said.

The program only gave grants to full-time students, and many poorer kids simply need part-time programs because their wages are essential to the family finances. Worst of all, it pushed students into institutions without the higher retention and graduation rates at private schools, she said. Many socioeconomic benefits claimed for Excelsior were premised on the assumption that those enrolled would complete their four-year program and obtain a degree.

Don Heller, vice president for operations at the University of San Francisco, had opened the panel on free tuition, raising some of the same issues that LeMura did: Free tuition programs and efforts at loan forgiveness are premised on assumptions that may not prove to be true.

Most especially, if the goal is to provide opportunity to those who lack it, especially to those who have historically lacked it, there are better ways to achieve that goal, such as increasing the funding for Pell grants.

As Heller explained to me during an interview before the conference, "Loan forgiveness and free tuition are great politics and horrible policy" because, in part, the programs are not means tested and so "you are giving scarce resources to people who do not need it."

Heller is right that both loan forgiveness and free tuition programs are horrible policy, but I question whether they are good politics. There is no real problem, in terms of policy or politics, if a few rich families were to benefit in exchange for making the program universal. Rich people are entitled to Social Security and Medicare, too, and the reason no politicians have successfully taken an ax to those programs is because they are universal. Cuts in means-tested programs like Medicaid, food stamps and welfare payments have all been made when budget cutting time rolls around.

No, the problem with proposals for loan forgiveness and free tuition is that they are not universal because millions of Americans do not go to college, either because they do not qualify or because they have no particular interest.

There is no doubt that those who obtain a bachelor's degree experience many benefits therefrom: better job opportunities, increased earning potential, access to professional networks, and many others. And too many convince themselves that they deserve such opportunities because they worked so hard for it, the whole myth of meritocracy that Michael Sandel has been exposing as a moral fraud that threatens our culture and our politics.

These proposals are rotten for politics both in the smaller and larger senses of the term. In terms of partisan politics, why should the carpenter or the mason, who does not reap the advantages that come with a college degree, be told that she now has to pay for those who do? If you want to increase class resentment, if you want Fox News to have a field day, and if you want to court a return of Donald Trump or Trumpism, making taxpayers pay for mountains of student loan debt held by people who already think they are better than you is the way to do it.

There is a larger meaning to politics, also, not just about partisanship but about the right ordering of society. It is clear as day that the most dangerous fault line in America today is between college grads and those who did not go to college. Two weeks ago, I linked to an essay by Marc Dann, the former attorney general of Ohio, at Working-Class Perspectives. He wrote:

Somewhere along the line we forgot that not everyone wants to wear a white collar or sit behind a computer. Millions of men and women want to run back hoes, dig ditches, and sling concrete block. They're not embarrassed because they get their hands dirty doing backbreaking work. They love it, they want to be respected and honored for it, and they would gladly break their backs for another ten or twenty or thirty years if it meant they could grab their share of the American Dream. Working again will make more disillusioned Americans feel connected again to the rest of us. The bonus is that it would be good politics. After all, if Trump had made good on his infrastructure promises, he might still be president. Biden can't afford to make the same mistake.

This divide cuts through racial and ethnic lines. Increasingly, it cuts through gender lines, too. It is more powerful than the divide between the superrich and the rest of us: Everyone can hate or envy Jeff Bezos. Only the divide between rural and urban America rivals that between college and non-college Americans. Both are politically exploitable and healing the nation will require that we overcome them, and not feed them.

Politics in its larger sense will only be healed when those of us with college degrees learn again to show respect for those who work with their hands and make sure that our policy proposals include them. If Biden wants to forgive some student loan debt, or to promise some free tuition, make sure the student-farmer receives the same amount of funding as he learns how to feed the nation — and how to qualify for commodity subsidies! Make sure the plumber or the auto mechanic has access to the same funding when she takes on an apprentice. And if someone digs ditches for a living, find a way to make sure he gets his slice of the pie, too.

Our American social welfare system is in need of an overhaul, and the problems with free tuition and college loan forgiveness proposals detailed at the Association of Catholic Colleges and Universities meeting only dramatized that point: I was surprised to learn about the potentially regressive effects on those the programs aim to help. That discussion also indicated that our colleges and universities need to examine how they can reform themselves to lower costs and better fulfill their mission, a related but also very large topic for another day.

I loved every minute of every day I was in college and postgraduate studies. My mom and dad were both teachers. I recently found my grandmother's "Drawing and Handiwork" notebook from the Yale Summer Normal School in 1925! I value education.

As a matter of politics, however, and for those who agree that preventing a return of Trump and Trumpism is the outstanding moral obligation of our time, it is time to rethink the effort to forgive mountains of student debt and make college more affordable. If the party of Jefferson, Jackson and Roosevelt is going to become the party of the college educated, and them alone, count me out. And don't come complaining to me if Trumpism makes a comeback.