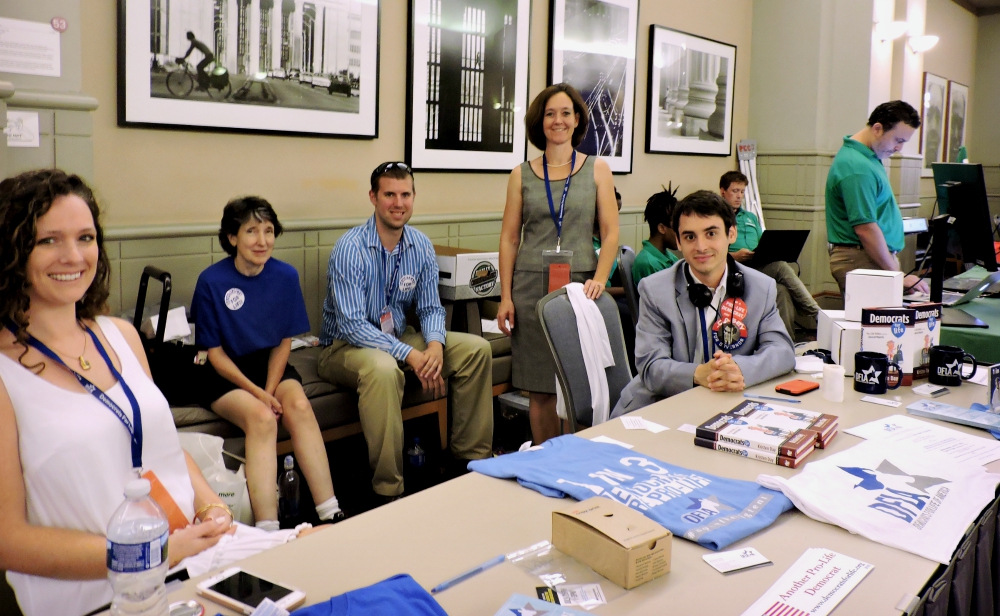 Executive director Kristen Day of the Democrats for Life of America, center, stands with other members of the pro-life organization during an event the group held in Philadelphia in July 2016. (CNS/Elizabeth Evans)

Litmus test or no? Congressman Ben Ray Luján of New Mexico said that the Democratic Congressional Campaign Committee (DCCC), which he leads, will not impose a litmus test on abortion when deciding which candidates it is going to support. The decision is significant and positive, but it will take more than this to bring the Democrats back from the abyss on this issue.

The significance of this decision is twofold. First, it was not made in a vacuum. Luján is a member of a leadership team in the House, so this decision had to garner the support of Minority Leader Nancy Pelosi and other Democratic leaders in the House.

This shouldn't surprise. When asked about imposing a litmus test on the issue of abortion earlier this year, Pelosi was surprisingly good, telling The Washington Post, "I grew up Nancy D'Alesandro, in Baltimore, Maryland; in Little Italy; in a very devout Catholic family; fiercely patriotic; proud of our town and heritage, and staunchly Democratic. Most of those people — my family, extended family — are not pro-choice. You think I'm kicking them out of the Democratic Party?"

The second reason this is important is that it is hard enough to win a congressional seat as a Democrat, fighting in districts that were drawn to help Republicans after the 2010 census. It is almost impossible to win unless there is a really big wave, which no one can guarantee, and unless you get the $1 million that the Democratic Congressional Campaign Committee is willing to spend on advertising for its top-tier candidates. Without that money, a challenger will get swamped on the airwaves by a Republican incumbent unless they have independent sources of income, which in turn complicates a Democratic candidate's message. 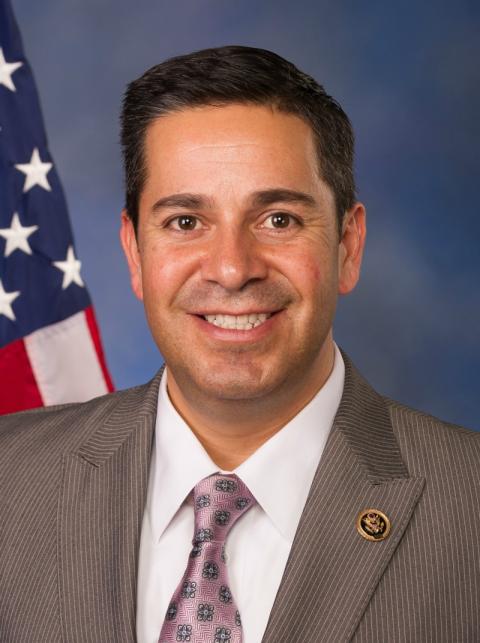 So, as state party chairs and local Democratic leaders contemplate potential candidates, no one can veto a pro-life candidate by saying, "They can't win without DCCC money and they won't get it because they are pro-life."

The decision is also significant because it exposes just how extreme the pro-choice caucus is. In The New York Times, Lindy West demonstrated that pro-choice advocates can display as much myopia and hyperbole in one paragraph as any Billy-Sunday-style preacher:

I relate to the flailing panic that is no doubt undergirding such a morally putrescent idea. Nineteen hyenas and a broken vacuum cleaner control the White House, and ice is becoming extinct. I get it. I am desperate and afraid as well. I am prepared to make leviathan compromises to pull us back from that brink. But there is no recognizable version of the Democratic Party that does not fight unequivocally against half its constituents' being stripped of ownership of their own bodies and lives. This issue represents everything Democrats purport to stand for.

I had feared that the idea Democrats should welcome pro-lifers among them was "politically putrescent" but never that it was morally so. And West should know that there are plenty of things "Democrats purport to stand for" that have nothing to do with ignoring any need to balance the interest of the state in protecting human life, especially the most vulnerable, with the interest of a mother in controlling her own body. One shudders to think what "leviathan compromises" she is prepared to make!

West should elaborate on why she thinks a pro-life stance is an offense against "racial justice" when, in fact, the sheer number of abortions black women are forced to get due to economic circumstances would be called genocidal in a more enlightened time and place.

For example, here is how she responds to the idea that Luján is somehow distorting the Democratic Party's core values:

Day is that rare creature, a passionate pro-life activist who does not demonize those with whom she disagrees.

Stephen Schneck, former director of the Institute for Policy Research and Catholic Studies, explained the politics of Luján's decision: "Let me be blunt. Single-issue activist organizations like NARAL are eviscerating the Democratic Party's appeal across wide swaths of the electoral landscape," Schneck told me. "Does the party ever want to win Electoral College votes in Ohio? Does it want to win governorships in Louisiana? Does it want to pick up House seats in Minnesota, Iowa or Pennsylvania? Does it want to hold on to Joe Donnelly's, or Bob Casey's, or Joe Manchin's Senate seats? Then it needs support from pro-life voters."

That is what the special interest groups in Washington forget. This isn't just about demonstrating to donors that you have the clout to get a change into the platform. There are pro-life Democrats like me who think the party's position on the issue of abortion is morally objectionable and want to see it changed. There are other good reasons to vote for Democrats, but it is expecting a lot of us to support candidates whose positions on the issue are extreme, and it is expecting too much for us to belong to a party in which candidates who share our views on this one issue are barred from full participation.

"Depending on the poll, between 20 and 30 percent of self-identified Democrats are pro-life," Schneck adds. "At a time when the Democrats hold the fewest elected offices since Herbert Hoover was president, it would be political suicide to alienate those supporters."

I am glad the leaders of the Democrats in the House get it and hope they will follow through on their promise and not look for reasons to deny funding to pro-life candidates down the road. Let's hope the presidential candidates in 2020 resist the urge to play to the extremes in order to emerge from a crowded field. Let's hope the pro-choice and pro-life progressive groups will recognize the need to search for common ground.

Let's hope that there will be a conversion of hearts and of social structures that make abortion so prevalent. When Christians stop hoping, we stop being Christians.