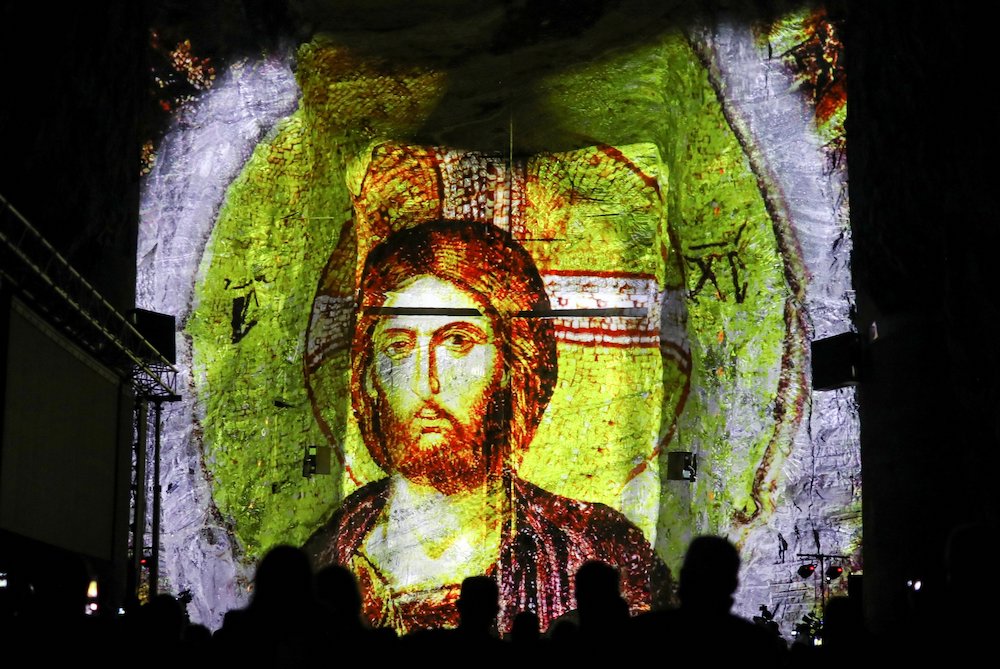 An image of Christ is projected during a ceremony to celebrate 25 years of the Salt Cathedral of Zipaquira in Colombia Dec. 16. The Catholic cathedral is located about 600 feet underground, in a former salt mine just outside Bogota. (CNS/Reuters/Luisa Gonzalez)

For Catholics in the United States, Christmas came early this year. And it came twice.

First, on Thanksgiving morning, we awoke to a lengthy op-ed from our Holy Father in The New York Times. Then, in the weeks of Advent, the book from which that essay was extracted, Let Us Dream: The Path to a Better Future, came out.

Why do I equate these two publishing events with a double early Christmas? Because Christmas is not really about family and gift giving and caroling and all that, except and only insofar as those things are about this great mystery of our faith, the Incarnation, about the belief that God himself took on human flesh, giving it — and therefore us — a dignity that demands we cherish our time together, bestow symbolic gifts upon one another, and even sing to each other in the cold.

Pope Francis' essay and book share the thoughts of this most gifted parish priest at this terrible time of pandemic. He does not present much in the way of high falutin' theology. Instead, he provides simple lessons to explain how this moment calls us all to be better Christians and, being better Christians, to become better human beings. And the Holy Father reverses the order, explaining how by being better human beings, we become better Christians. If that is not the real meaning of Christmas, I do not know what is.

I should like to highlight just a couple of themes from the essay that receive fuller treatment in the book to argue the case.

In the Times' essay, the pope wrote:

These are moments in life that can be ripe for change and conversion. Each of us has had our own "stoppage," or if we haven't yet, we will someday: illness, the failure of a marriage or a business, some great disappointment or betrayal. As in the Covid-19 lockdown, those moments generate a tension, a crisis that reveals what is in our hearts.

In every personal "Covid," so to speak, in every "stoppage," what is revealed is what needs to change: our lack of internal freedom, the idols we have been serving, the ideologies we have tried to live by, the relationships we have neglected.

In the essay he talks about his grave illness as a young man, and it is beautiful, but I was moved by the other two examples found in the book, and especially the third, his "exile" in Cordoba. He writes: "That was my third Covid, when I was sent to Cordoba between 1990-1992. This time has its roots in my way of exercising leadership, as provincial and then rector. I'm sure I did a few good things, but I could be very harsh. In Cordoba they made me pay and they were right to do so."

This is quite remarkable coming from a pope, yes?

So an uprooting of that kind, when they send you off the soccer field and put you on the bench, turns everything around. Your habits, your reflexive behaviors, the reference points of your existence that take shape over time — all these get turned on their head, and you have to learn to live life anew, to take up arms again.

Is there anything like this degree of self-revelation in the writings of an incumbent pontiff? I can't think of any.

Yet the lessons he shares from the experience seem very un-modern but spot on: the idea that he needed to be purified, that somehow he could not have accomplished that purification on his own, it had to be imposed, and that he must always stay vigilant lest the devil come with a "second tempting," which he identifies with "polite demons." This passage should cut to the quick any Christian who has any degree of success in their life.

So should his conclusion: "These were my main personal Covids. What I learned was that you suffer a lot, but if you allow it to change you, you come out better. But if you dig in, you come out worse." 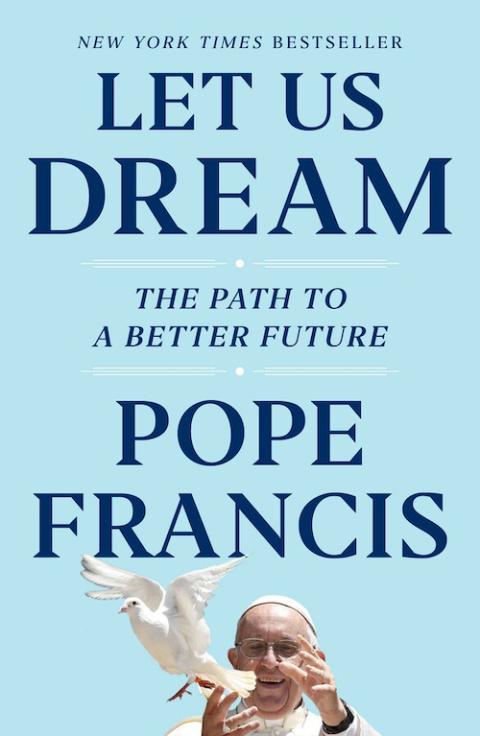 The other section in the book that I should like to call attention to is where the Holy Father distinguishes between contradictions and what he calls "contrapositions." This comes after he has characterized, with typical incisiveness, the weight of polarization that besets the political life of the West, and that infects the church as well:

As the public arena has become increasingly dominated by the beleaguered self — anxious, controlling, quick to take offense, self-justifying — our society risks becoming ever more divided and fragmented. The Church is not immune to this contagion. How do we act in contexts of tribal division when our politics, our society, our media seem at times to be one long shouting match, in which opponents seek to "cancel" each other in a game of power? The growing verbal violence reflects a fragility of selfhood, a loss of roots, in which security is found in discrediting others through narratives that let us feel righteous and give us reasons for silencing others. The absence of sincere dialogue in our public culture makes it ever harder to generate a shared horizon toward which we can all move forward together.

Too often the leaders of the Catholic Church sound pie-in-the-sky when they discuss how politics should change, but Francis is always very down-to-earth. He writes that polarization "has a spiritual root" and that "it is born in the heart" not in the media. He counsels silence as the antidote to the "labyrinth of accusation and counteraccusation," to allow the devil to reveal himself.

This is not easy, but Francis has shown us the way: When disgraced former nuncio Carlo Maria Viganò first launched his attack on the pope, hours before he knew Francis would be holding a press conference, the pope did not engage the accusations but let them speak for themselves.

Dialogue and new thinking are the only means to transcend the divisions of our time, the pope writes, and invoking the thought of theologian Romano Guardini, about whom the future pope began but never finished a dissertation, he argues that:

A contraposition involves two poles in tension, pulling away from each other: horizon/limit, local/global, whole/part, and so on. These are contrapositions because they are opposites that nonetheless interact in a fruitful, creative tension. … To see contrapositions as contradictions is the result of mediocre thinking that takes us away from reality. The bad spirit — the spirit of conflict, which undermines dialogue and fraternity — turns contrapositions into contradictions, demanding we choose, and reducing reality to simple binaries. This is what ideologies and unscrupulous politicians do.

The antidote is dialogue, learning about the wisdom that resides in the heart of those with whom we disagree, and seeking a deeper synthesis beyond the surface disagreements. It requires the building up of trust and mutual respect. It requires mutual learning. Eventually, "the solution to an intractable problem comes in ways that are unexpected and unforeseen, the result of a new and greater creativity released, as it were, from the outside."

The pope uses the word "overflow," rich with biblical resonance. "Such overflows of love happen, above all, at the crossroads of life, at moments of openness, fragility, and humility, when the ocean of His love bursts the dams of out self-sufficiency and so allows for a new imagination of the possible."

What does this political vision have to do with Christmas? In the beautiful hymn "Hark the Herald Angels Sing," we affirm the significance of Christmas thus: "peace on earth, and mercy mild, God and sinners reconciled."

In this new book, in page after page, Francis helps show how to spread peace on earth, how to bring mercy into our human relations, how to be reconciled with God and with one another. The Holy Father helps us to become more ready to receive the gift of grace offered us by the Christ child. He encourages us to stretch, and offers consoling thoughts when we fall. He reminds of the manifold ways grace continues to operate in our fallen world. The pope shows us how to help heal our broken world.