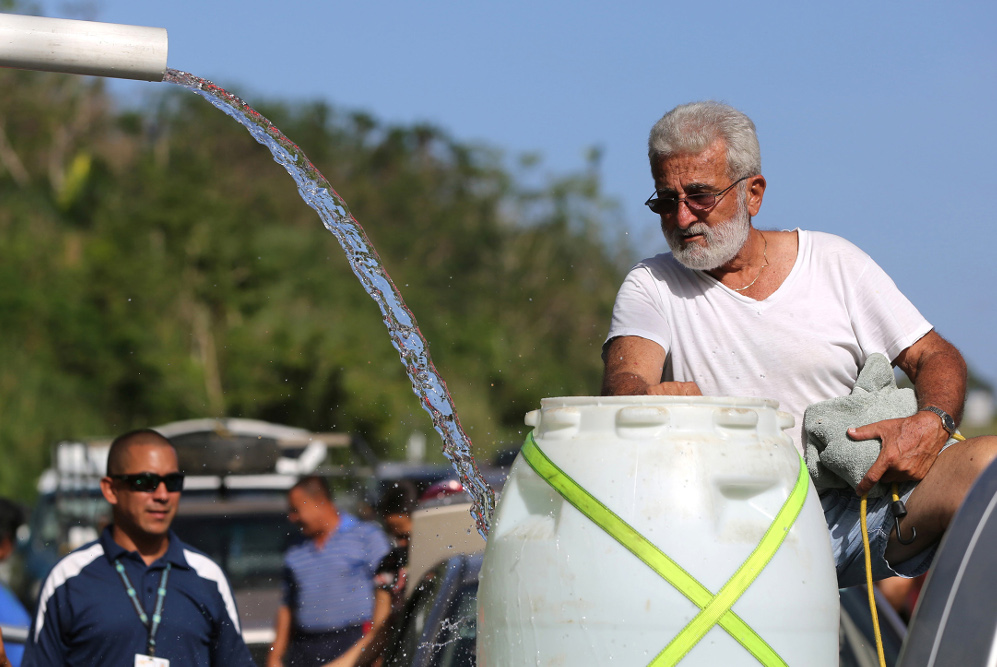 A man fills a plastic drum with spring water from a mountain in Utuado, Puerto Rico, Oct. 21, 2018. (CNS/Bob Roller)

It is Eastertide, but the people of Puerto Rico have been condemned in recent years to an experience that keeps them reliving the Stations of the Cross. The debt crisis was the first fall. The hurricanes were the second fall. U.S. President Donald Trump is the third. The suffering mounts. The people carry their cross. They know that the final victory of resurrection awaits, but there is so much, too much, suffering before that. Their faith will see them through, as it has in the past, but so much of their suffering is preventable and curable that it is a scandal and a source of national shame that more has not been done to alleviate that suffering.

Two developments this week brought the island's via dolorosa to the fore. The financial control board set up to help the island confront its massive public debt has sued key financial institutions, seeking to have $9 billion of that debt voided because its issuance was "unconstitutional." The suit, which is also backed by the island's government, rightly alleges that these financial institutions knew the debt was beyond Puerto Rico's ability to pay, and it is wrong to expect either the island's citizens or other bondholders to shoulder the burden of what appears to have been a get-rich-quick scheme devised by hedge fund managers.

The suit is a good step in the right direction but an insufficient one. Puerto Rico owes $123 billion, so $9 billion is a drop in the bucket. When the financial control board was first appointed, they were talking about debt forgiveness along the lines of 80% or even 85% of the total. The island's economy never recovered from a series of hits in the first decade of this century: While the mainland economy gradually picked up steam since the 2008 crash, the Puerto Rican economy remained mired in stagnation and decline, victim to forces largely beyond its control.

Then the twin hurricanes, Irma and Maria, hit the island in 2017 further damaging the economy but also resulting in some new economic activity as the island rebuilt its damaged infrastructure. Regrettably, that new economic activity has made the island's underlying economic strength appear stronger than it is, and the control board has backed off the kind of sweeping debt reduction that is clearly still needed.

The second development this week was the Trump administration's continued effort to tack funding for border security to the disaster relief bill. That disaster relief contains money for states, counties and municipalities afflicted by fires and other natural disasters as well as more money for Puerto Rico and the Virgin Islands. The funding is not enough, nor does it confront systemic issues like the disproportionately low federal share of Medicaid funding for the islands compared to that received by U.S. states.

I think we can all agree that the humanitarian crisis at the border warrants additional funding, but who would entrust that to the Trump administration which continues to seek ways to inflict suffering on migrants? He is now trying to make it harder for some of the most desperate people in the world to put forth an asylum claim, even suggesting they pay a fee to have their case processed.

What is more, the Trump administration is trying to cut the amount of disaster aid going to Puerto Rico. Earlier this year, Matthew Yglesias at Vox reported on the administration's illegal attempts to withhold disaster relief from the island. Ever since San Juan Mayor Carmen Yulin Cruz had the courage to tell the president his initial efforts to help the island were insufficient, he has allowed a personal animus to develop and he has extended that animus to the entire population of the island. And he won't let it go.

Regular readers will know that I am not without bias on this subject. In the first place, like most, I am moved by people who are in a desperate situation. Second, I am firmly convinced that everything that is wrong with capitalism was on full display in creating the Puerto Rican debt crisis. Yes, part of the crisis was the result of government borrowing based on the assumption that the island's economy would recover, and it didn't. But, the behavior of the vulture funds has been morally abhorrent if not criminally culpable.

Third, I have been going to that island since I was three years old — my parents lived there when they were first married — and I have deep and abiding ties to many people and places there. If you have never been, it is one of the most beautiful places in the world and its people, even in their dire straits, are among the most generous and warm-hearted you will ever meet. To see them suffer because of a hurricane is hard. To see them suffer because we have an extreme narcissist in the White House is infuriating. 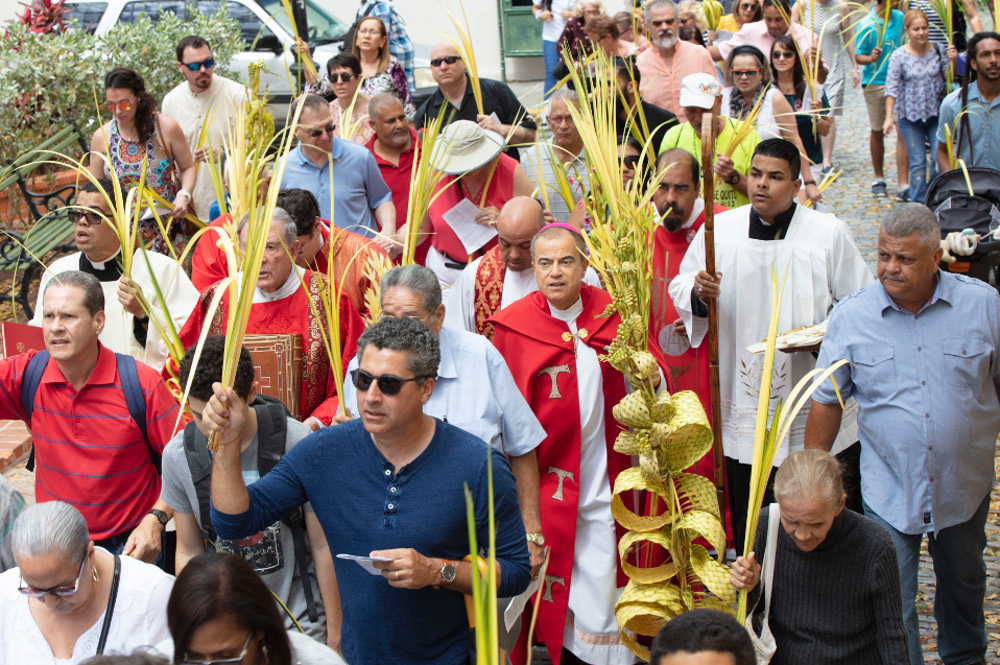 May 8 would have been my mother's 91st birthday. I visited her grave and said a prayer. The day also marked another anniversary: It was the 20th anniversary of the installation of Archbishop Roberto Gonzalez as the Archbishop of San Juan. Gonzalez has, along with Fr. Heriberto Martinez, been at the forefront of the fight for debt relief for the island. They have been assisted most ably by Eric LeCompte and the good people at JubileeUSA. LeCompte knows more about public debt in poor countries than anyone I know, and what is more, he knows how to build a consensus on Capitol Hill for action to relieve debt burdens. He is one of the angels in the public policy world. Congratulations to Gonzalez on his anniversary and, even more, to the Catholic people of San Juan who have such a courageous spiritual leader.

I fear that Trump will continue to obstruct efforts to get the island the help he needs. His aversion to confronting climate change also has prevented the U.S. government from taking steps to convert its diesel-based electrical grid to solar and wind power, both of which are in abundance on the island yet account for only about 1% of electric generation on the island. But, the island and its people will pull through. If and when decency returns to the White House, hopefully the U.S. government can give the people there the hand up that they need. Good Friday seems to last for so long, but it is not the last word.