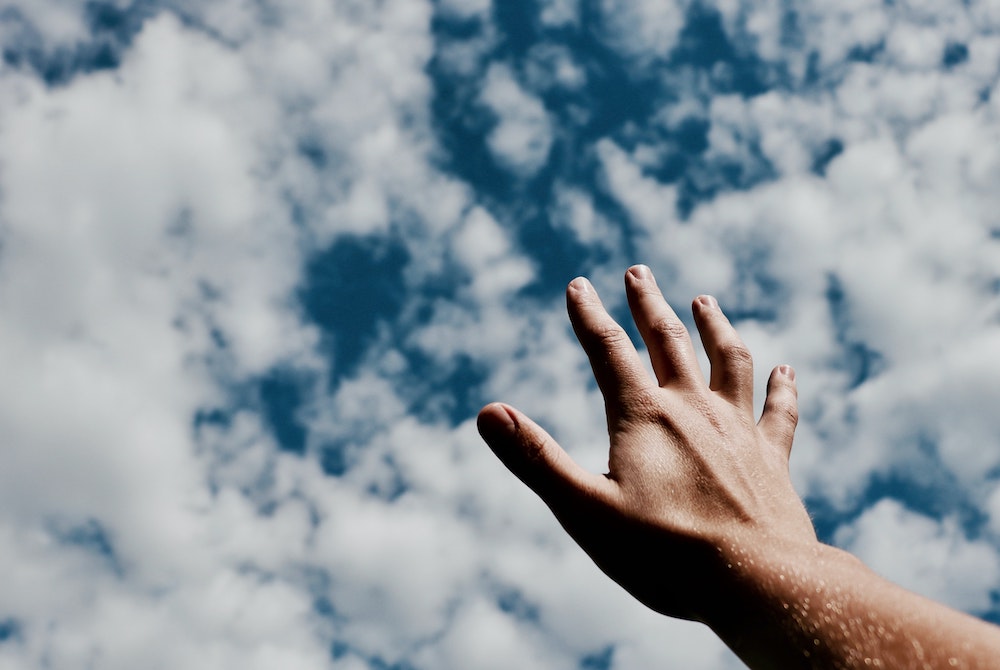 "It is easy to see the ways that gratitude is an essential aspect of our personal and familial relations, but Catholic social doctrine calls us to acknowledge gratitude in our civic and social relations, too." (Unsplash/Jeremy Perkins)

This summer, on one of my early morning dog walks, I had an idea for a column about the Lord's Prayer. I remember it well because one of my best friends called that morning and I ran my initial ideas past him.

I explained that my college philosophy professor, Paul Weiss, in his book The God We Seek, argued that if we believe, as the three great monotheistic religions do, that God is all-powerful and all-good, then all prayer is a variation of the prayer "thy will be done." Further, as we humans are the only creatures capable of consciously standing athwart God's holy will, if we say that prayer with sincerity, it is its own answer. It tells you all you need to know about how fertile Weiss' mind was that he wrote a book of systematic theology even though he was himself an atheist. "No philosopher can escape the questions posed by religion," he explained.

That said, I found Weiss' argument wanting. Sincerity has proven to be a low bar because too many people are far too quick to believe their own propaganda. They are sincere, yes, but so what?

I posed a question to my friend on the phone: Does the strength of the prayer reside in its two "ut" clauses: "on earth as it is in heaven" and "forgive us our trespasses as we forgive those." Here, the subjective disposition all prayer is designed to evoke is given a reality check, with the introduction of an objective criterion: To what degree do our earthly arrangements mimic those in heaven, the outlines of which are quite clear in the Eight Beatitudes? To what degree do we actually forgive those who have trespassed against us?

My friend intervened. "No, you are wrong," he said. "The key phrase is 'give us this day our daily bread.' The biggest mistakes in the spiritual life begin when we forget it is all grace." I recalled the dying words of the young priest of Ambricourt in Bernanos' novel Diary of a Country Priest: "Does it matter? Grace is everywhere."

Tomorrow is Thanksgiving. We all have lists of things for which we are grateful, but, as Catholic Christians, the first obligation of gratitude is toward God. Indeed, gratitude is the best antidote against the deadliest of the seven deadly sins. If we are gluttons, we can try and be more abstemious. If we are greedy, we can try and cultivate our generosity. If we are lustful, we can focus on the need for chastity. But, if we are prideful, and try and focus on cultivating humility, the moment whatever humility we possess comes into focus, it melts like a snowflake in the palm of your hand. Humility may be the virtue that stands opposite pride, but we can only subdue pride by focusing on gratitude.

It is easy to see the ways that gratitude is an essential aspect of our personal and familial relations, but Catholic social doctrine calls us to acknowledge gratitude in our civic and social relations, too. A businesswoman can take pride in her accomplishments, but as her business grows, she is more and more reliant upon the government to make sure the roads that bring her customers to her shop are paved well and that they are cleared of snow and debris. She will need the public schools to educate the workforce that staffs the business. And she will need the regulatory arm of the state to make sure her competitors play by the same rules as she, that they cannot — and she cannot — engage in monopolistic practices against one another nor combine forces to perpetrate a price-fixing scheme on the public. We need each other to keep each other honest and successful.

We Catholics, of course, are not only grateful for things or even for each other. Our first acknowledgement of gratitude must be directed to God himself. And why should we be grateful to God? Of course, we are grateful for the goodness of creation, the gift of life, the bounty of the land, but our gratitude goes deeper still. It is not only that gratitude that keeps us from pridefulness, but the acknowledgement of our own sinfulness that keeps us conscious of our desperate need for a savior. The true glory of Easter and the empty tomb is only discernible because of the felix culpa of Adam and the suffering of the cross. It is uncomfortable to contemplate, but when we read the scriptural account of the Lord's passion, we can only place ourselves within the history of salvation if we first imagine ourselves standing with the crowd shouting, "Crucify him!"

One of the most unfortunate qualities of religion in America today is the degree to which we all accept the categories of Manichaeism. We divide the world into good and evil and reassure ourselves that evil is only found across the aisle. We watch the climactic scene in the movie "The Help," and we identify with Aibileen, the unjustly wronged maid who denounces the racist Miss Hillie as "a Godless woman." Of course we do. But let's be honest: We may not be 1960s racists like Miss Hillie, but all of us are capable of vengefulness and irrational hatreds. And few of us possess the hard-earned dignity of Miss Aibileen.

In the Scripture, Jesus protects the woman caught in the act of adultery by inviting "you who are without sin to cast the first stone" (John 8:7). In our own day, we have grown tolerant of adultery, but who among us on the Catholic left would decline to throw the first stone at a Trump supporter? And which Trump supporter would not cast a stone at a Biden supporter? Manichaeism is bad for politics.

It is worse for the soul. If we only recognize evil "over there" and "among them," we place ourselves among those who ignore the log in their own eye while removing the speck in our neighbor's (Matthew 7:5). And we lose the opportunity to experience grace in all of its divine amplitude, its overflowing, superabundant and ever-surprising quality. "Lord, have mercy on me, a sinner," the tax collector prayed (Luke 18:13), and his prayer was answered.

This Thanksgiving, I hope that everyone will, like my friend on the phone and the priest of Ambricourt, remember that all is grace and that grace is everywhere. And I hope, too, that we will prepare our hearts to be enflamed by the depth of God's grace by first recalling our sins and recognizing how much we need a savior.