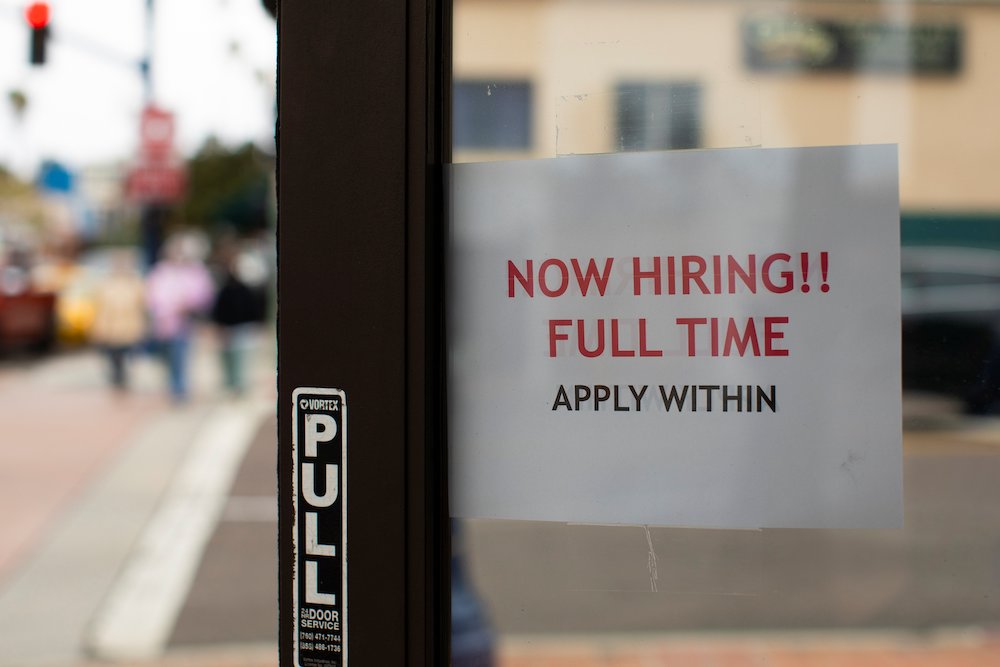 Several Republican governors are withdrawing their states from the generous federal unemployment programs enacted as part of the COVID-19 relief effort. They note that there is a shortage of workers — 8.1 million job openings in March, according to Department of Labor statistics, the highest level ever recorded — and fear that people are refusing to go back to work because they can make more collecting unemployment benefits.

In March 2020, as the enormity of the economic meltdown caused by the pandemic came into view, Congress passed and President Donald Trump signed a relief bill that extended $600 in additional weekly benefits for unemployed workers. The bill also extended unemployment assistance to certain kinds of workers, such a those in the gig economy, who normally would not qualify for unemployment benefits. At the time, of course, the bottom had fallen out of the economy and the inflated unemployment benefits were one way to flood the economy with cash, and to do so at a critical point, preventing a series of ugly dominoes from falling down. Otherwise, suddenly unemployed people can't pay the rent, landlords who do not receive rent can't pay their mortgages, and banks that don't collect their mortgage loan payments become unstable.

The economy is now on the rebound and an ethical concern has become painfully obvious. It is not what the GOP governors think it is. They are worried that someone might collect unemployment, and the benefits that go with it such a health care, rather than work, and that a disincentive to work is a bad thing. A disincentive to work is a bad thing, to be sure, and work is always about more than a paycheck. But it is about the paycheck, too. The real ethical concern is not sloth, it is that the working poor do not make enough to live a life of dignity.

This is not a new problem. In 1919, the National Catholic War Council, the forerunner of today' U.S. Conference of Catholic Bishops, issued its Program of Social Reconstruction after the conclusion of the First World War. This document, authored by the Fr. John A. Ryan, professor of moral theology at the Catholic University of America, made clear that a living wage was the bare minimum required by Catholic social doctrine:

After all, a living wage is not necessarily the full measure of justice. All the Catholic authorities on the subject explicitly declare that this is only the minimum of justice. In a country as rich as ours, there are very few cases in which it is possible to prove that the worker would be getting more than that to which he has a right if he were paid something in excess of this ethical minimum. Why, then, should we assume that this is the normal share of almost the whole laboring population? Since our industrial resources and instrumentalities are sufficient to provide more than a living wage for a very large proportion of the workers, why should we acquiesce in a theory which denies them this measure of the comforts of life? Such a policy is not only of very questionable morality, but is unsound economically. The large demand for goods which is created and maintained by high rates of wages and high purchasing power by the masses is the surest guarantee of a continuous and general operation of industrial establishments. It is the most effective instrument of prosperity for labor and capital alike.

These strong words should not surprise us because they did no more than follow the example of Pope Leo XIII whose seminal encyclical, Rerum Novarum, now celebrating its 130th anniversary, had been quite clear about the moral challenge posed by industrial capitalism:

Hence, by degrees it has come to pass that working men have been surrendered, isolated and helpless, to the hardheartedness of employers and the greed of unchecked competition. The mischief has been increased by rapacious usury, which, although more than once condemned by the Church, is nevertheless, under a different guise, but with like injustice, still practiced by covetous and grasping men. To this must be added that the hiring of labor and the conduct of trade are concentrated in the hands of comparatively few; so that a small number of very rich men have been able to lay upon the teeming masses of the laboring poor a yoke little better than that of slavery itself.

Today's Republican governors do not see a role for themselves in all this, believing it is up to the market to determine wages, repeatedly fighting efforts to raise the legal minimum wage. This is not the Catholic view.

"The richer class have many ways of shielding themselves, and stand less in need of help from the State; whereas the mass of the poor have no resources of their own to fall back upon, and must chiefly depend upon the assistance of the State," wrote Leo. "And it is for this reason that wage-earners, since they mostly belong in the mass of the needy, should be specially cared for and protected by the government." 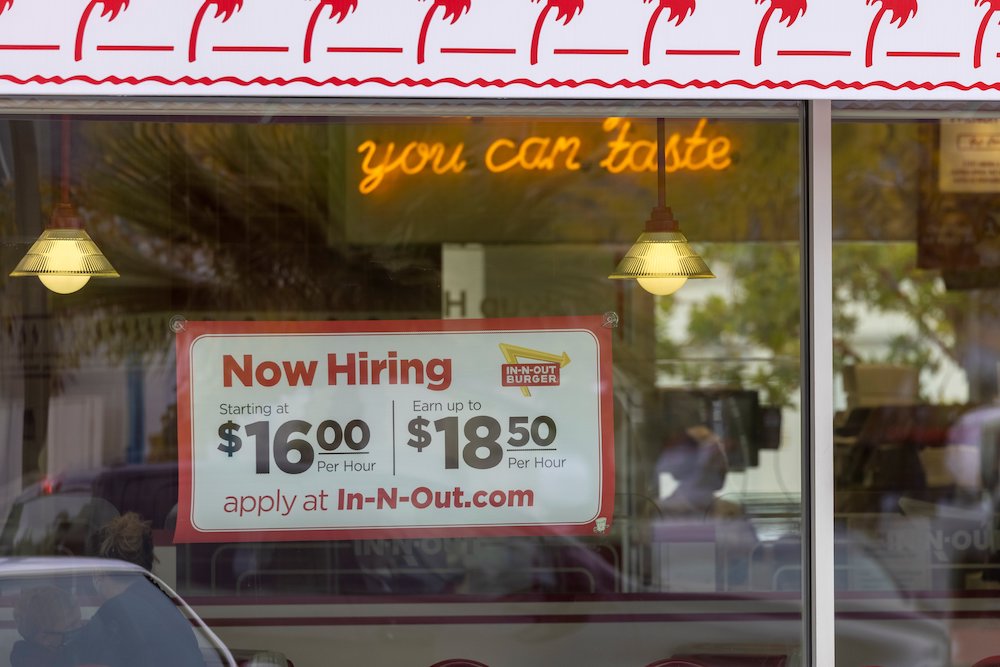 An In-N-Out Burger in Encinitas, California, advertises for workers May 10, 2021. (CNS/Reuters/Mike Blake)

The record number of job openings will hopefully raise wages, but will that be enough? Can it be sustained? Will a growth in benefits match a growth in wages? During the worst of the shutdowns, we all learned that some of the most essential workers in our lives are also some of the lowest paid, but will that be fixed? Insofar as these are economic questions, it is difficult to predict. The specter of rising inflation is another worry: It strikes not at the wage earner but at the senior citizen or other person who lives on a fixed income.

The moral issues are not complicated. Our economy is driven by the needs and the desires of capital, not by the needs and desires of labor. Until that is reversed, we are building on a faulty foundation. Unfortunately, with the Democrats holding the slimmest of margins in the Senate, the kind of moral changes to the economy that we really need will not be forthcoming, but Democrats should talk about them and lay the groundwork for them in the popular mind.

There should be higher tax rates for companies that do not provide benefits to workers or refuse to pay a living wage, and lower rates for companies that do. A company that allows its workers to unionize and places workers' representatives on the corporate board should get a reward from the tax code for such ethically responsible behavior. Just as we fine a company if it pollutes the air or the water, we should issue fines to companies that abuse workers.

The GOP governors are correct that the government should not provide a disincentive to work, but that does not exhaust the moral responsibility of government. Republican protestations that Biden is some kind of socialist notwithstanding, Biden supports a market economy, but one with rules that reflect the moral obligations of the common good.

No American should have to work two jobs to live a dignified life. When we attain that goal of a living wage we will, as Fr. Ryan said so many years ago, have met the minimum moral standard required by human dignity.

A version of this story appeared in the June 11-24, 2021 print issue under the headline: There are moral issues beyond the disincentive to work.