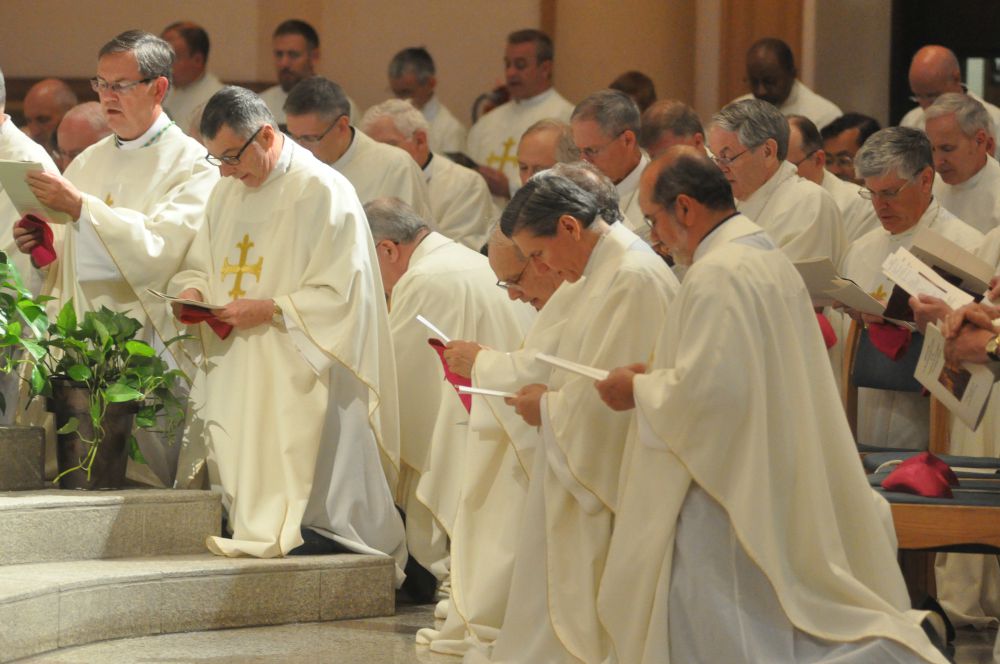 The Vatican announced last weekend that Pope Francis has ordered an internal investigation of all files related to the case of the former Cardinal Theodore McCarrick. The statement clearly indicated that the pope recognized the need to cross the bridge that was deemed too far in 2002: Bishops will now be held accountable just as other clergy.

For us Americans, weeks are an eternity, and so the recent accusation that the Vatican was "stonewalling" requests by the brave U.S. bishops to get to the bottom of the McCarrick scandal seemed credible. In fact, the Vatican moves at its own pace. Frankly, and as much as it frustrates my colleagues on the Vatican beat, I rather like the fact that Francis not only discerns what he thinks should be done, but — having encountered many countless frustrations over the past five years from the very curia that is there to help him — took the time as well to get everyone there on board. Politicians may have to play for the cameras of necessity, but popes do not have to run for re-election.

In its stilted translation, the statement nonetheless indicated precisely that there would be no stonewalling. "The Holy See is conscious that, from the examination of the facts and of the circumstances, it may emerge that choices were taken that would not be consonant with a contemporary approach to such issues," the statement read. "However, as Pope Francis has said: 'We will follow the path of truth wherever it may lead' (Philadelphia, 27 September 2015). Both abuse and its cover-up can no longer be tolerated and a different treatment for Bishops who have committed or covered up abuse, in fact represents a form of clericalism that is no longer acceptable." I am hoping the adverb "no longer" read better in the original Italian, but still, the pope's intent is clear: Episcopal accountability, which has been the missing link in changing the clerical culture, is coming.

Episcopal accountability is also complicated. It will require more than simply extending the canonical provisions that currently apply to priests to now include bishops. The far more complicated task is one that has been a focus of this blog in varied ways since its inception: How to rekindle the genuine collegiality and mutual accountability that characterized the episcopal leadership of the church in the United States from its inception in 1789 into the early 20th century and found its most concrete, organizational expression in the U.S. bishops' conference? Beginning with the appointment of William Henry O'Connell as Coadjutor Archbishop of Boston in 1906, Roman patronage began to outstrip collegial governance for many U.S. prelates, and, with that shift, the sense that the bishops were answerable to one another diminished. They must now recapture that collegial governance, but that will not occur overnight, especially when the current leadership of the conference has long felt the conference had too much influence!

If the Vatican's statement last Saturday was not enough to confound the pope's critics, Cardinal Marc Ouellet's scorching open letter for ex-nuncio Archbishop Carlo Maria Viganò blew the lid off the kettle. In devastating detail, he explained how far from reality were Viganò's allegations, reintroducing the kind of context certain conservative journalists preferred to ignore. For example, he writes:

You said that on June 23, 2013, you provided Pope Francis with information about [now-former Cardinal Theodore] McCarrick in an audience he granted to you, as he also did for many pontifical representatives with whom he met for the first time that day. I can only imagine the amount of verbal and written information that was provided to the Holy Father on that occasion about so many persons and situations. I strongly doubt that the Pope had such interest in McCarrick, as you would like us to believe, given the fact that by then he was an 82-year-old Archbishop emeritus who had been without a role for seven years.

Indeed, Ouellet goes on to state that he never once brought up the situation of McCarrick with either Pope Benedict or Pope Francis. Ouellet was appointed prefect in 2010, by which time McCarrick had been retired for four years. I am sure it was not a priority.

Interestingly, Ouellet indicates that the failure to mention McCarrick cut both ways. "For a Pope who does not hide the trust that he places in certain prelates, I never heard him refer to this so called great advisor [McCarrick] for the pontificate for episcopal appointments in the United States," Ouellet writes. "I can only surmise that some of those prelates are not of your preference or the preference of your friends who support your interpretation of matters." One of the most disturbing aspects of much media coverage has been the way news reports repeated the myth that McCarrick had some kind of newfound influence under Francis, and repeated it as a fact needing no substantiation. The source of these claims was always McCarrick himself, which should have made people suspicious. Ouellet has now exploded it as fiction.

Ouellet is no liberal. Yet he distinguishes himself from the sex-obsessed, Jansenistic American opposition to Francis, who saw in Viganò an ally; for example, someone they could count on to smuggle anti-gay zealot Kim Davis in to meet the pope. With these words, Ouellet restores some balance in moral assessment: "Furthermore, the fact that there could be in the Vatican persons who practice or support sexual behavior that is contrary to the values of the Gospel, does not authorize us to make generalizations or to declare unworthy and complicit this or that individual, including the Holy Father himself. Should not ministers of the truth avoid above all calumny and defamation?" Amen. Viganò cast aspersions far and wide in his testimonies, and they were eagerly spread by his allies in conservative media outlets.

Will those allies show any remorse? Will they correct the record? It would be nice to see nouveau Catholic authority and alternative magisterium Ross Douthat at least issue a public apology to Pope Francis for publishing — on the same weekend — a column pretending to be analysis but which really does nothing more than link a couple of conservative conspiracy theories and tweets from fringe commentators into an attack on the pope, almost all of it exploded by the Ouellet letter. He cites, as he often does, Michael Brendan Dougherty, a man who tweeted on Monday in response to Massimo Faggioli's fine commentary on the influence of money in the U.S. church: "This is quite funny. Faced with the near certainty of the Vatican sending America more sex predators as bishops and Cardinals, Americans desperately try to use the one thing they have, money, to stop the inevitable. And now they get blamed for that too." Really??? This is lunacy, lunacy so stark it makes one feel dirty just reading it but which one takes in stride coming from a man who publishes mostly at National Review and The Week. But Douthat? He is a gifted writer to be sure, but why his editors let him publish on a subject about which he is so consistently ill-informed is beyond me.

The most remarkable fact about the Ouellet letter is its passion. When he was named as archbishop of Quebec back in 2002, a friend, who like Ouellet is a Sulpician, described him as highly intelligent but a cold fish, better suited to the lecture hall or a corner office than to a pastoral ministry. A few years back, I met Ouellet as we both were boarding the same plane. I am a gregarious sort, so I introduced myself, mentioned some friends in common and got precisely nowhere. Now, perhaps he had a lot on his mind, but I think he is one of those people who is simply a bit standoffish and cold. To read these fierce words in defense of a pope who does not share his theological perspective but with whom he has collaborated for more than five years, this was a welcome surprise.

The saga continues. I will have more on the synod next week. In the meantime, however, Francis has again risen above the fears of his friends and the doubts spread by his enemies, secure in his own person, adult, a leader, precisely the spiritual leader the church needs at this moment.