Jesuit Fr. John O'Malley has delivered a much needed and very informative history, Vatican I: The Council and the Making of the Ultramontane Church. When we read the word "post-conciliar" we assume the writer means after Vatican II, but O'Malley's book shows the many ways in which the church we know is still very much shaped by the First, not only the Second, Vatican Council. Put differently, the modern church is still, in certain ways, the work of reactionaries.

Reacting to what? O'Malley begins with a long look at the 18th and first-half of the 19th centuries, and the series of events and movements that "challenged the very foundations upon which church and society had rested since time immemorial." These events and movements served as a prelude to Ultramontanism.

First, and most enduring, of the challenges was the Enlightenment in which "modernity was not simply a designation of the present state of affairs but an ideology." Voltaire did not merely urge his contemporaries to be contemporary. His battle cry was "Ecrasons l'infame" — let us destroy the villainous thing, the church. Not all Enlightenment thinkers were so extreme, but the commitment to a very narrow understanding of rationalism, puffed up by pride in scientific achievement, tended — and still tends — to crowd out and devalue a less materialistic, and more spiritual way of understanding the human conundrum, a Catholic way of understanding.

The second challenge was older and different. Gallicanism, in which local ecclesial authorities exercised definitive control over the church, as a specific ideology was a leftover from the 17th century, but it was also in some sense a phenomenon for the entire church for most of its history. Making appeals to Rome took time and many, even most, decisions were made locally. Rome functioned as a last court of appeals, but popes in these years did not regularly issue encyclicals that took an initiative in church teaching as they began doing in the 19th century. Theologians had sought to make sense of the arrangements and Jacques-Bénigne Bossuet's 17th-century observation, "It is therefore the full and supreme and universal authority of the Catholic Church that supplies what is lacking even in the Roman Church," would become a battle cry in the 18th century and beyond. 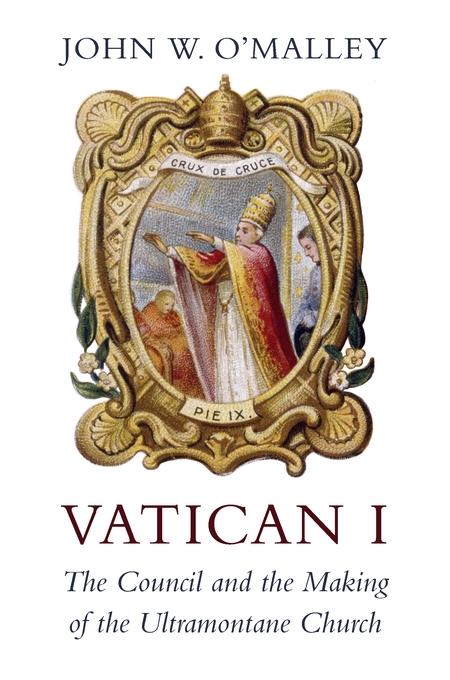 Febronianism was Gallicanism in Germany, after a local bishop published a book under a pseudonym that took issue with a papal nuncio's "unwarranted interference in local church affairs." And, in Austria, the phenomenon took the name of the emperor who demanded reforms of the Catholic Church in his realm. "Many of Joseph's reforms were badly needed, though not always in the scope the emperor employed," O'Malley writes of Josephism. "The church was wealthy and enjoyed privileges that sometimes did it more harm than good. It lumbered along with many outmoded procedures and with institutions that had lost vitality and lost touch with a rapidly evolving culture." O'Malley does not cite the famous, demeaning verdict of Frederick the Great concerning the emperor's entanglement in ecclesial reforms, but I will: He called the Austrian emperor "my brother the sacristan."

These nationalist impulses also took aim at the Jesuits, champions of Roman authority. The Jesuits were expelled from all the Bourbon realms and finally the order was suppressed by Pope Clement XIV in 1773. One of the prized possessions in my library is a small and very flattering biography of Clement XIV in French, published in 1775 "avec approbation du Roi" (with the approval of the King).

Joseph's brother Leopold had similar instincts and sponsored the infamous Synod of Pistoia in 1786. The synod adopted radical reforms that were terribly unpopular with the people as well as the pope. A mob formed to protect some of the relics the reformers wanted expelled. And Pope Pius VI condemned the synod in his 1794 bull Auctorem Fidei. As O'Malley notes, it is a sign of how weak the papacy was at this point that the papal bull was refused publication in Austria, Tuscany, Naples, Turin, Venice, Milan, Spain, Portugal and the Constitutional church in France.

Another source of anti-papal fervor came from the Jansenists, who had also had a long-running feud with the Jesuits. Here, O'Malley makes one of the only mistakes I found in the book, and even mistake may be too strong a word. Let us say it is a simplification that is misleading. He writes, "The condemnations by both church and state helped turn Jansenists into champions of freedom of conscience, as they reacted against leaders they considered tyrannical and unprincipled." There was a famous "Case of Conscience" controversy in 1701, in which the Jansenists defended conscience, but that was the exception that proved the rule. And, in that instance, they were wrong and even the Cardinal Louis-Antoine de Noailles, who had strong Jansenistic tendencies, sided against them in this famous case.

I am no expert in the history of Jansenism, but I seem to recall that it was the Jesuits who defended human freedom and the rights of conscience in the face of Jansenistic attacks. Two books are absent from O'Malley's bibliography that I found enlightening on these subjects, Joseph Bergin's Church, Society and Religious Change in France, 1580-1730, and Robert Aleksander Maryks' Saint Cicero and the Jesuits: The Influence of the Liberal Arts on the Adoption of Moral Probabilism. I do not fault O'Malley for not pursuing the question of conscience at this stage in his narrative. It would have entailed a distracting diversion. But the reader should not think that one incident in 1701 gives Jansenists a rightful claim to pose as champions of conscience.

O'Malley is the kind of historian who not only can discern the wide view in the details, he also avoids something he thinks is too often done: anachronistic analysis. (I think so, too.) This paragraph should be copied and distributed in every history department in every university in the land:

Historians long forgot that the values and perspectives we associate with the Enlightenment developed in France, Italy, Austria, and similar countries within fundamentally Catholic milieus simply as part of the cultural air that people breathed. The values and perspectives, which were not always coherent among themselves, were not the abstraction we call the Enlightenment but questions and issues discussed and debated in elite circles as they rose to prominence. They developed, moreover, at a gradual pace and in piecemeal fashion over the course of decades and were in a gradual and piecemeal way appropriated or not appropriated by believers, who were still the vast majority in those countries. Partly for that reason the incompatibility of Catholicism with at least some aspects of the Enlightenment did not become an acute issue until after the middle of the eighteenth century.

That is just splendid. More importantly, it is profoundly true.

"Gallicanism (and its counterparts), Jansenism, a nascent nationalism, and the Enlightenment" were the four "distinct movements [which] were much in play" on the eve of the French Revolution. The 1790s witnessed the horrors of that revolution and ended with the pope dying in custody en route to Paris. The conclave to elect his successor had to be held in Venice, under the protection of the Holy Roman Emperor. The new pope, Barnabo Chiaramonti, took the name Pius VII and would be one of the great popes of all times, seeking a rapprochement with Napoleon but, when his claims on the church became too great, Pius resisted, and did so more than anyone else on the continent. He emerged from the Napoleonic conflict widely respected and, regrettably, this respect, combined with the political needs of the great powers, resulted in the return of the Papal States, a fact that would only hobble the papacy. But, Pius and his contemporaries could not see that. To the popes of the 19th century, their political independence was seen as a guarantee of their spiritual freedom. It is one of the great ironies of church history that only with the loss of the Papal States did the papacy gain effective control over the universal church in a way heretofore unimaginable.

What is more, the forces of reaction — and the years of bloody conflict gave ample warrant to react — did not merely repudiate Bonapartism or the Revolution. Those four distinct movements that had challenged the papacy before the Revolution were also seen as the enemy of the social order and religious truth. As Europe settled down on the surface after the Congress of Vienna, those movements continued to churn, but in church circles there emerged a singular response to all of them: Ultramontanism. And, in Joseph de Maistre, this reactionary counter-movement soon found its champion and provocateur. I shall conclude the review on Monday.

Read this next: 'Vatican I' reveals that roots of papal authority are relatively recent