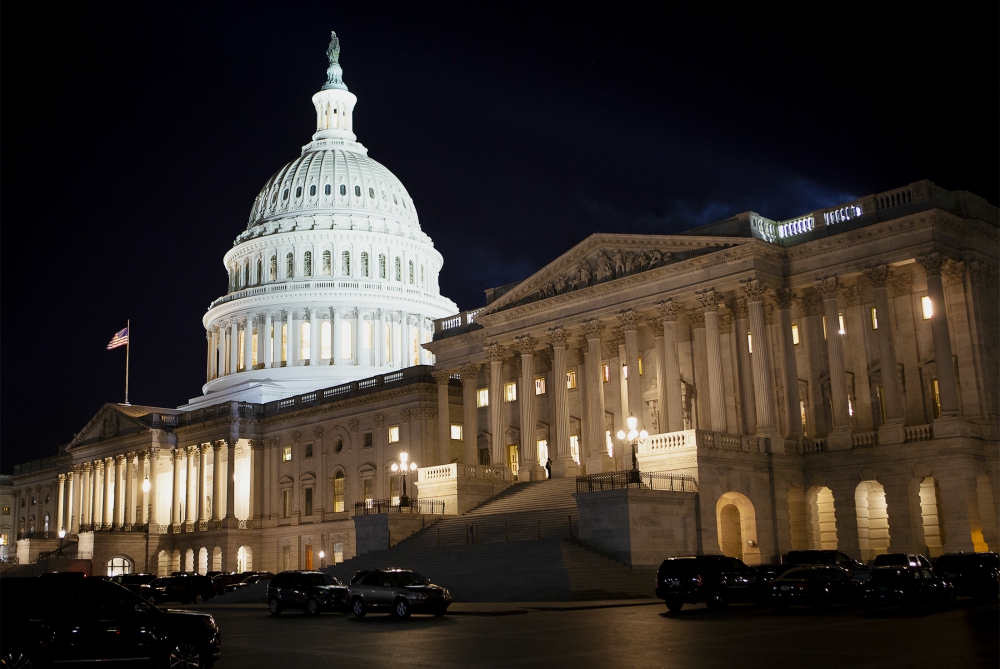 The U.S. Capitol in Washington is seen at night Jan. 21. The Senate debated the rules for the impeachment trial of President Donald Trump that same night. (CNS/Tyler Orsburn)

As President Donald Trump was ready for acquittal in his Senate impeachment trial, a brief discussion of the role of Christian faith emerged amid the chaos.

For those believers who never bought into the Trump cult, even when he has dangled tax cuts and Supreme Court appointments, the Scriptures offered some solace.

Alas, he got little of both.

While Trump slipped through the Senate trial, Sen. Lamar Alexander (R-Tennessee), while saying he would vote to acquit the president*, at least provided a rationale that acknowledged truth.

That is a low bar. But the fever that afflicts the former Party of Lincoln, now largely consigned to a cult around the man who dominates the political landscape, caused most Republican Senators to abandon even that pitiful standard.

Alexander, who is soon to retire, was able to say what the long-televised trial, which at times had the numbing impact of watching a croquet tournament, undoubtedly proved. Trump had in fact called for the announcement of an investigation into a domestic political rival in exchange for the promise of aid for Ukraine. Yes, there was a quid pro quo.

It happened, but we'll just look the other way this time, Alexander proclaimed, ending a distinguished career, not as a profile in courage but landing in midair.

Give Alexander some credit, however. He was willing to jump off the flat earth caucus among his fellow Republicans, acknowledging what was clear.

That was at least better than formerly prestigious Harvard law professor Alan Dershowitz. In his defense of Trump, Dershowitz said that Congress should not convict Trump if the president’s actions in pursuit of re-election were motivated by a belief that his reelection would further the greater interests of the nation.

Some worried that the Senate had conferred kingly power on to the president. Hail the Great Leader! We have just nudged a bit closer to North Korea.

Wannabe witness John Bolton will now testify, not in a Senate trial, but on his book tour, offering nuggets of revelations of skullduggery and cover-up, while Republican senators try to explain why they didn't want to hear from a prime witness.

It was left to Black to summarize the proceedings with his Jan. 31 prayer.

"Remind our senators that they alone are accountable to you for their conduct," Black said. "Lord, help them to remember that they can't ignore you and get away with it. For we always reap what we sow."

*This article has been edited to clarify Alexander's stance.