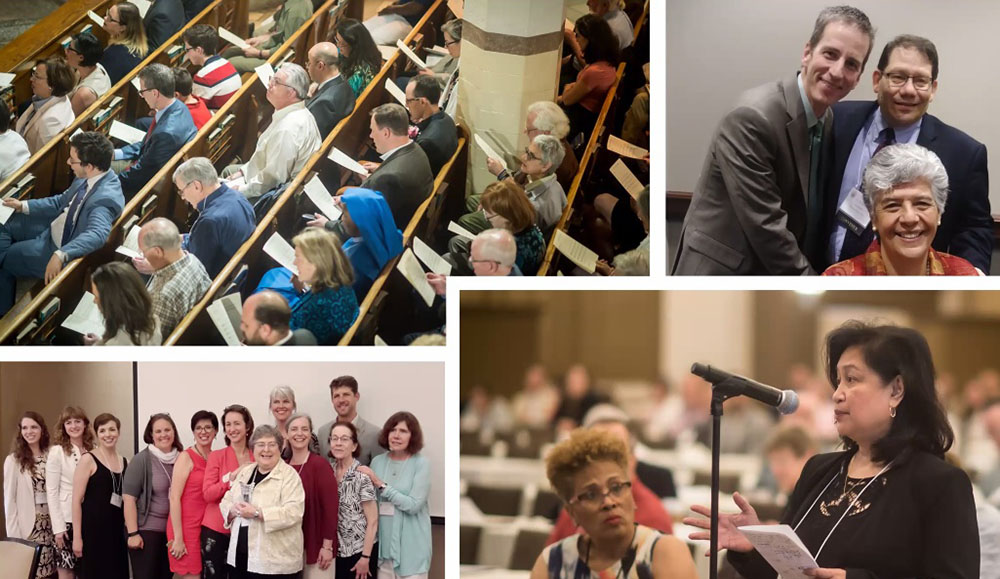 In 1997, just five years before The Boston Globe would make his name synonymous with episcopal cover-up of sex abuse, Cardinal Bernard Law of Boston penned a column in his diocesan newspaper in which he called the Catholic Theological Society of America "a theological wasteland."

His chief concern: that the professional association of Catholic theologians in the U.S. had become overrun with "advocacy for theological dissent."

Tension between the church's theological thinkers and its episcopal leaders goes back much further than this association's founding in 1946. Certainly, the church's history reveals many examples of theological "dissent" that eventually came to be accepted as orthodox teaching. That CTSA's members and leaders have not shied away from debating innovative ideas is to be commended in an academic society.

This year, as the Catholic Theological Society of America marks its 75th anniversary, we would like to thank the association — as well as all Catholic theologians who analyze, explore, research, write and share their thinking about God, which is what theology is, after all.

A theologian's work can be lonely and thankless, with the added challenge of juggling teaching, grading and other academic service while trying to attend to research and writing. The occasional accolades of publishing an article or book, or receiving recognition for one's work are few and far between.

From breakout sessions on "The Latinx Catholic theologian in the ministerial trenches" to case studies of sexual harassment and abuse of graduate students at Catholic institutions, to a panel discussing a theology of retirement, the work of these theologians addresses current problems and grounds discussion about solutions in thoughtful consideration of our tradition.

There is debate about how "relevant" theological work should be. Some argue that purity or expertise suffers at the hands of popularization or activism. Natalia Imperatori-Lee, in her plenary presentation at this year's CTSA convention, noted that for today's predominantly lay theologians, academic purity might now be an "objectivist fiction."

Theologians are not only academics, she noted. "We are parents, community members, people who vote and run for office. ... Some, like me, are members of marginalized communities and/or allies to those communities who have suffered unjustly in church and society."

Latinx theology, Imperatori-Lee noted, begins with people's everyday experience of God. "Theologians bring the joys, hopes, dreams and anxieties of the world to their work," she said.

Echoing themes of many of the convention's workshops and seminars, Imperatori-Lee reminded her fellow theologians of the purpose of their work. "Who is our theology for?" she asked. "God doesn't need our theology. Is it for ourselves and our careers? The universities? The academy or the church? Or is it for the victims of history, the suffering, marginalized and the erased?"

Even as it celebrated its own 75-year history, the Catholic Theological Society of America challenged its members to remember who they do theology for. Speaker M. Shawn Copeland had strong words for the need for significant action on issues of inclusion and racial justice on the part of fellow theologians.

As the U.S. bishops' conference squanders its authority with political maneuverings disguised as discussion of "eucharistic coherence," we are grateful for the work and witness of these theologians. Rather than a wasteland, we see a fertile place of promise and hope.

A version of this story appeared in the June 25-July 8 print issue under the headline: Thank you, Catholic theologians, for your work.