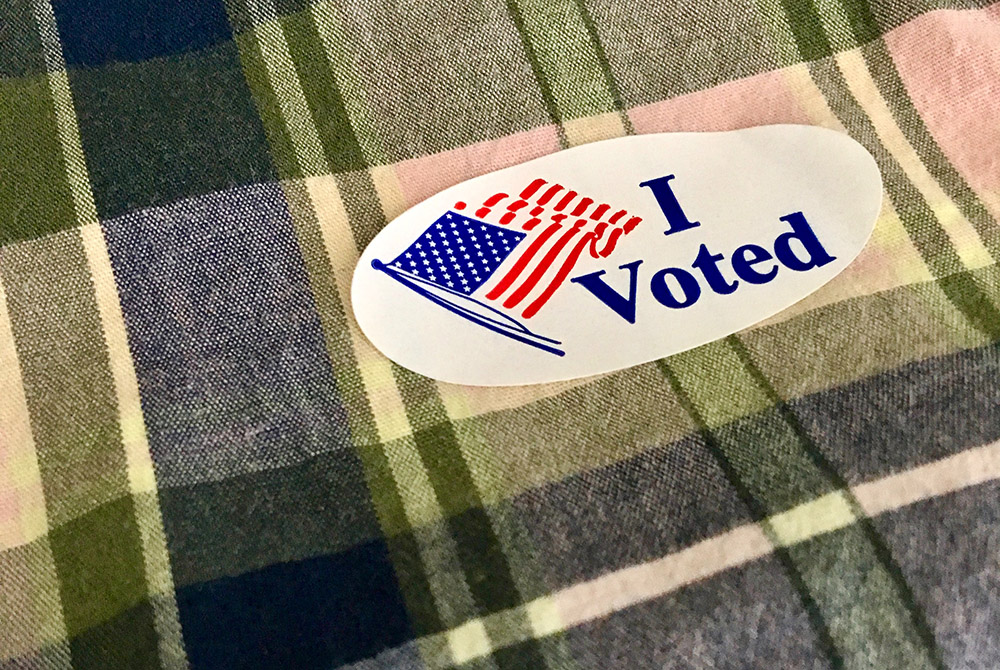 There was a kerfuffle back in January when then-national NCR correspondent Heidi Schlumpf broke the story that CatholicVote.org, a pro-Trump lobbying organization, was using a technique called geofencing to gather cellphone data on Catholic Massgoers.

The idea, in those seemingly long ago pre-pandemic days, was to seek information on churchgoers. The goal was to hype pro-Trump turnout in the election. It was rightly seen as high-tech snooping, an invasion of privacy rights, an infringement on the sacredness of Sunday liturgy.

Perhaps the deeper scandal of that story is why CatholicVote wanted the information. The architects of the 2016 improbable political upset knew one thing: a solid base of likely Trump voters were carrying their cellphones into those churches. And that, we propose, is the real scandal here.

The Trump operatives' confidence that they have the support of voters in those churches is borne out by hard data.

A recent Pew survey reported on by current NCR national correspondent Christopher White indicates that President Donald Trump remains the favorite of white Catholics by a tiny plurality. But that is a wide survey number, counting all those who self-identify as Catholics. If one narrows the survey down to regular Massgoers, not simply those who identify themselves as Catholics, the numbers are indicative of a Trumpian landslide.

A RealClear survey taken early this year of U.S. Catholic registered voters found that among devout Catholics, those who attend Mass regularly, 63% approve of Trump's performance as president.

That is a sorry statistic. It tells us something about Catholics who regularly partake in the Eucharist and hear about an itinerant Palestinian preacher who talked about love for foreigners and the outsider. They remain a bedrock of support for this most peculiar president, a man who metaphorically worships at the foothold of Confederate statues and freely calls Catholic immigrants rapists and murderers. He is the most race-baiting president since Woodrow Wilson, who didn’t have Twitter to extol the virtues of the Klan and "The Birth of a Nation." 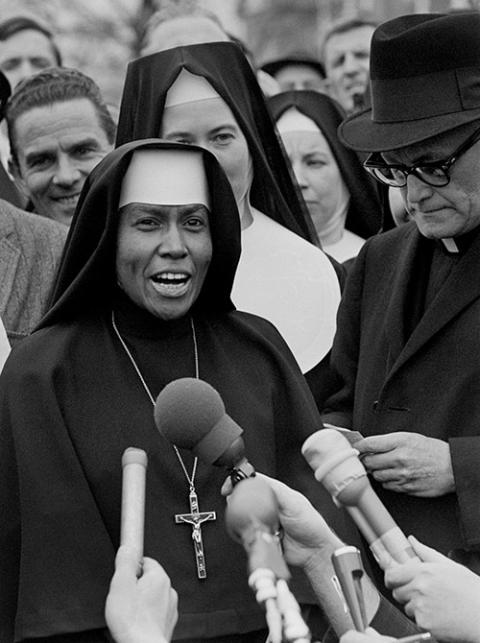 The late Franciscan Sr. Mary Antona Ebo is pictured during the 1965 protest in Selma, Alabama. (CNS/Bettman/Corbis/PBS)

When Martin Luther King Jr. led his march on Selma, and other places throughout the South, prominent places were reserved for Catholic priests and nuns. Their presence was a sign that an immigrant church was emerging into the full light of American life, backing the long struggle for basic human rights in the United States.

In the civil rights era, debates over Communion for wayward Catholic politicians often revolved around support for segregation, as politicos who crossed New Orleans Archbishop Joseph Rummel discovered in 1962. Local officials fought against Catholic school integration. Rummel applied the penalty of excommunication. But in this new era of civil rights advocacy, it’s the politicians who play the white resentment card who think they have a friend among devout Catholics.

But maybe the times are changing.

Pity Fr. Theodore Rothrock, one-time pastor of St. Elizabeth Seton Church in Carmel, Indiana, a part of the Lafayette Diocese. As reported on by NCR intern Sarah Salvadore, when Rothrock compared in the parish bulletin Black Lives Matter demonstrators to maggots, it is likely he thought that he was simply appealing to a Catholic base of Trump supporting churchgoers.

Rothrock must have thought his remarks would garner little objection in what is a largely white Indianapolis suburb. Instead, the outcry was so intense that Bishop Timothy Doherty of Lafayette made him a former pastor.

That's a glimmer of hope from the heartland that American Catholics do take issues of racial injustice seriously.

Last year, a Pew Survey noted that many Catholics retain a lax interpretation of the real presence in the Eucharist. That rankled many traditionalists. Some saw it as a scandal.

Now that we have hard data indicating that Catholic Massgoers have succumbed to another kind of heterodoxy — this one with abject implications for the public square — it is time that church leaders call out the viral infection of racism and political hatred promoted by this president, identifying it for the clear scandal it is.

We need to ensure that the merchants of political hatred will find geofencing Catholic churches a futile act because they know they will receive little support in those precincts — Catholic churchgoers will act on the Gospel message they hear every Sunday.

A version of this story appeared in the July 24-Aug 6, 2020 print issue under the headline: Catholic support for Trump a scandal.