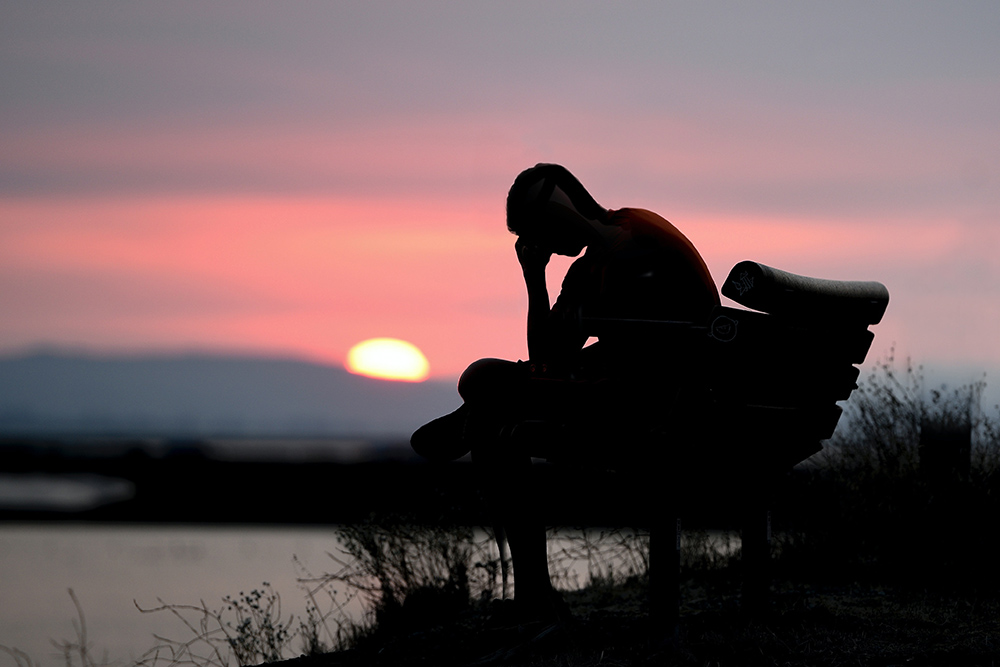 Living through a global pandemic has given even people with the most calm and serene dispositions at least some experience of anxiety, depression or dread. For those who struggle with more serious or chronic mental health issues, the perfect storm of the pandemic, economic precariousness, renewed attention to systemic racial injustice and a polarizing political climate has further exacerbated suffering that is often dismissed or ignored on account of social stigma.

Very few Catholic leaders or public figures in the United States are talking about the toll the circumstances of 2020 have placed on the mental health of millions of people.

While the American hierarchy continues to lose its collective moral authority in the public square with increasingly narrow and often partisan interests, other conferences of bishops around the globe are taking important steps to address what Vatican II called the "griefs and anxieties" of the people in their communities. A great example of this is the recent document by the Australian Catholic Bishops' Conference titled "To Live Life to the Full: Mental Health in Australia Today," published in August as the focus of their annual social justice statement.

Throughout the document, the bishops include first-person narrations from those suffering from various forms of mental illness, as well as practitioners and pastoral ministers who assist folks struggling with mental health issues.

Such is the case with a woman identified as Barbara, who said: "Depression was like being in a black hole and not being able to climb out. A feeling of hopelessness. Unable to do anything, unable to drive, unable to think clearly. A terrible feeling of being alone which was different from being lonely."

The document also impressively engages both the best of medical and scientific research as well as the Catholic theological and pastoral tradition. Rarely in the American context do we see the U.S. bishops' conference engage with the scientific or medical community directly, let alone in a humble way that expresses the church's real need to learn from professional experts.

The document's directness, honesty and humility make an important contribution to the de-stigmatizing of mental illness and models for Catholics — and all people of goodwill — a way of discussing, sharing and responding to the needs of sufferers without shame. The significance of this cannot be understated.

As Brisbane Archbishop Mark Coleridge states in the document's forward, "People experiencing mental ill health are not some 'other' people, they are 'us.' " 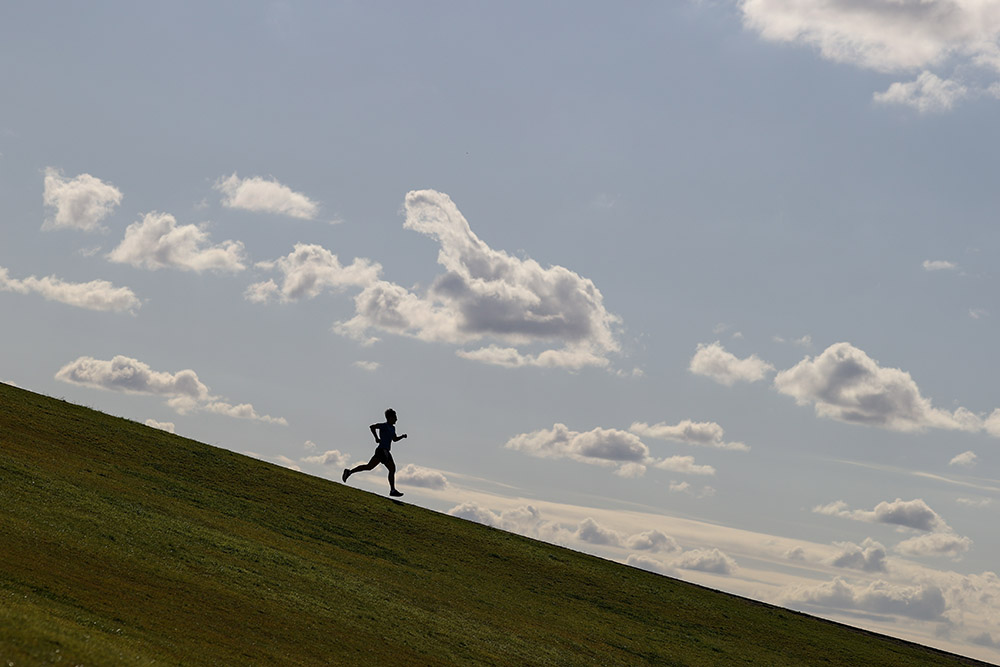 A runner in Australia is seen in Sydney Park June 26. (CNS/Loren Elliott, Reuters)

The Australian bishops also demonstrate that the solicitation of feedback from young adults in 2017 ahead of the 2018 Synod of Bishops was not done in vain. The bishops actually listened to the young people and published their own report summarizing the results! The mental health document begins with the experience and wisdom of these young Australians, noting they expressed "mental health, followed by school or study, drugs and alcohol, and body image as the main issues facing young people today."

It builds on the young adults' feedback by noting other populations that also suffer, including older people, families struggling with divorce, pregnancy issues, or domestic violence, and other historically disenfranchised communities such as refugees, asylum-seekers and the Aboriginal and Torres Strait Islander communities.

The Australian bishops note the national history of governmental policies that have made access to mental health care less readily available, rightly calling this trend a justice issue and a life issue. Furthermore, they name intersecting factors that compound mental health suffering such as economic instability and the growing "gig economy," homelessness, incarceration, climate change and, most acutely, the novel coronavirus pandemic, among others.

Finally, two months before Pope Francis released his encyclical Fratelli Tutti, which challenges the church and world to embrace a greater sense of our inherent kinship and interdependence, the Australian bishops in this document called for greater solidarity, support and love for one another.

Unlike many of the well-meaning statements over the decades by individual bishops or other church leaders that inevitably resort to "we" and "they" language to describe what "we need to do" in order to "help them," the Australian bishops repeat their overarching theme in this text that "we are all in this together."

The impressiveness of the Australian bishops' document puts into stark relief those who have been particularly silent on the issue. This is especially evident in the absence of leadership on this issue from the United States Conference of Catholic Bishops.

A look at the "Resources" page on the website of the bishops' conference shows that, among the approximately 100 categorizing "topics" offered, more than 25 are directly related to the issue of abortion, while a whopping zero topics are dedicated to addressing the important issue of mental health.

Searches on the U.S. bishops' website revealed very few references to mental health issues (apart from dubious claims about the deleterious mental health consequences of abortion), and that these generally come from conference staff blog posts (e.g., by Kimberly Baker in 2018 on "Loving Those with Mental Health Concerns") or guest contributions (e.g., psychologist Robert Wicks in 2020 on "Posttraumatic Growth and the Spirituality of Suffering"). However, no bishop or group of bishops authored such a text on behalf of the U.S. bishops' conference.

As a collective body of bishops setting a national agenda for the church, the conference has clearly shown its priorities, and the mental health of the American people is not among them.

To be sure, there are some instances of local bishops or statewide groupings of bishops addressing the issue of mental health in their own diocese or region. Such has been the case in the Diocese of Orange, California, where Bishop Kevin Vann has demonstrated leadership in this area.

One might also look to the 2018 statement "Hope and Healing" from the California bishops or the 2014 statement "For I am Lonely and Afflicted" from the New York bishops. And some individual parishes and dioceses around the country have formed mental health ministries.

But as a collective body of bishops setting a national agenda for the church, the conference has clearly shown its priorities, and the mental health of the American people is not among them.

A commitment to a genuine pro-life position ought to take into account the broad range of physical, psychological, emotional and spiritual needs of all people. While some U.S. bishops are busy distorting authentic Catholic teaching about the primacy of the conscience and the truth of our consistent ethic of life tradition to promote a politically motivated, single-issue agenda, women, men and children with mental health struggles are suffering — often silently and unseen — in our midst.

The Australian bishops' document concludes: "We are called to restore the body of Christ by making mental health a key priority, acknowledging and including people living with mental ill-health within our communion and the heart of Australian society."

A version of this story appeared in the Dec 11-24, 2020 print issue under the headline: Australian bishops get it right on mental health.