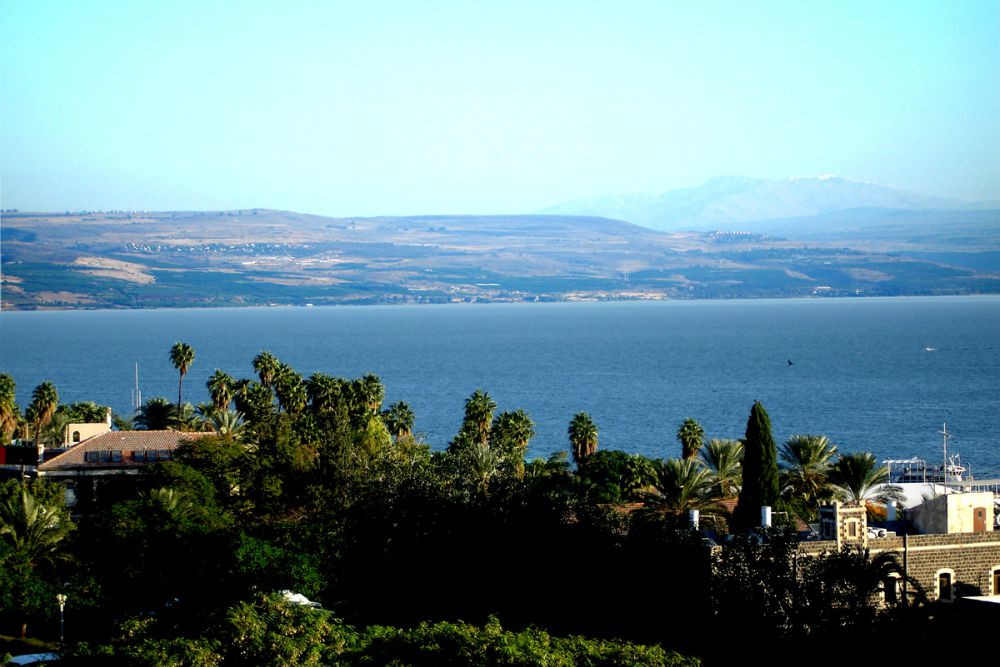 View of Sea of Galilee from Tiberias, Israel, 2005 (Wikimedia Commons/JFreeman)

Vacations for the Horan family were always simple, but they were meaningful, memorable and often educational. My family never went to Disney World or overseas. The financial cost for our family of six was always prohibitive. With few exceptions, the two kinds of vacations we would take as I was growing up in central New York State included regular trips to Adirondack Park and the annual road trip to Washington, D.C., to visit extended family by way of Gettysburg or Philadelphia.

The former type was a summer standard, while the latter vacation usually took place during elementary and high school spring breaks and would entail piling into the minivan for hours in the car together. The first half of the week was spent in one of the two Pennsylvania destinations. Gettysburg did not have an amusement park or carnival rides, but it did have compelling history that inspired the young Horan brothers to watch the 1993 movie "Gettysburg," based on the Pulitzer-Prize-winning book The Killer Angels by Michael Shaara, before each visit. We would learn the names of the military commanders, picking our favorites and pretending to be them at the key battle sites when we arrived. We would say the lines and know the story — little 8- and 6- and 3-year-old Union soldiers running around the hallowed ground of the bloodiest battle of the U.S. Civil War.

The Battle of Gettysburg wouldn't have been anything more than something on a few pages in a school history book, as it is for most American students, if we didn't have the familiarity of knowing the place, seeing the landscapes and walking the grounds. Battle sites like Seminary Ridge and Little Round Top weren't mere abstractions but real locations where we, too, had stood, imagining what it would have been like with armies encamped there and in battle more than a century earlier.

The same was true for the other main historical sites in Washington and Pennsylvania we would visit: Ford's Theatre, the United States Capitol, Arlington National Cemetery, Independence Hall, the Liberty Bell, and so on. We didn't just know about those places, we knew them intimately in the way that, for Spanish speakers, one may not only saber but also conocer. And for that I am incredibly grateful. My parents instilled in my brothers and me a love not only for history but also for the experience and importance of place. Decades later, I am inclined to remember those childhood vacations in terms of civil pilgrimage, journeys that were instructive to be sure, but experiences that transcended mere sightseeing. In terms of sites religious and otherwise, my parents were truly our first pilgrimage guides.

Since then, I have had the opportunity to visit many other significant places around the globe, including those most important to our Christian faith in general and Franciscan tradition in particular. Along the way, I, too, have become a guide for others. In fact, I am writing this column beside the Sea of Galilee at a break during a Holy Land retreat that I am co-leading with Dominican Sr. Laurie Brink, who is a New Testament scholar. During my time here, I have been thinking a lot about pilgrimage and place and of their particularly theological significance.

Christianity is not alone in emphasizing sacred pilgrimages. Islam famously has the hajj, which is the requisite pilgrimage to Mecca that is one of the religion's five pillars. Judaism has the Western or "Wailing" Wall in Jerusalem, which is all that remains today of the Second Temple. Likewise, Hindus, Buddhists and those of the Baha'i faith, among others, have their own places to which pilgrims journey.

As Christians, we have numerous sites for pilgrimage, including those tied to saints, Marian apparitions, churches and biblical locations, among others. There are at least three lessons that my current pilgrimage to the Holy Land has reminded me about the theological importance of place in our tradition.

The first is the power of our belief in the Incarnation of the Word. Standing along the Sea of Galilee's shore or walking through Jerusalem invites one in a unique way to consider what it must have been like for Jesus of Nazareth to do the same. While the particularity of Jesus's first-century Palestinian life is important to recall for matters of history and faith, that God entered the world as one of us and lived like all of us is a humbling and inspiring truth. In this sense, the real physical place in which the Incarnation occurred challenges us to recognize the universal significance of Emmanuel — God with us — in all places. While we call this land holy, God becoming human, taking on the materiality of finite existence (sarx in the biblical Greek), makes all land and matter holy in a profound way.

The second lesson is the importance of our often-overlooked doctrine of the communion of saints. When most Christians think of the communion of saints, if they consider it at all, they imagine the capital-"S" saints like Francis of Assisi or Catherine of Siena, viewing them as intercessors that go between us and God. While there is some truth in the reality and power of intercessory prayer, it is not limited to the canonized. The doctrine of the communion of saints is the teaching that through baptism all women and men are united to one another in the Holy Spirit. This is important when thinking about pilgrimage and place because not only are we connected in a particular way to Christ who walked this Earth, but also to each and every person from that time, and before that time, and between then and now. When in the mode of a pilgrim, we are invited to recall all who went before us and all that will come after, for we are united to them in this place and throughout the world.

Finally, another theological lesson that pilgrimage offers us is a reminder that the Holy Spirit is very much alive and present in the world. While it is true that God revealed God's self to us in the fullest way possible in Jesus Christ, God nevertheless continues to disclose God's self to creation. Just as Christ preached and taught and healed in this special place where I may be walking this week, so, too, God continues to draw near to us in each and every particular place in which we find ourselves. The question is less about how God's manifestation will appear to us than it is about whether or not we have eyes to see and ears to hear what God is always already doing in our midst, here and now, in each place.

As Christians, we have the great joy of professing faith in a God who entered our world — our place — as one of us, uniting us to one another in baptism, and sending us the Spirit who continues to draw near to us in every time and space. Pilgrimages allow us to enter into this mystery that is at the heart of our faith. What is beautiful about the Christian theology that undergirds the meaningfulness of pilgrimage is that whenever we are intentional about seeing the inherent sacredness of the places in which we find ourselves, deliberate in calling to mind those who have come before us and will follow after, and recognize God's enduring presence to us, we bear witness to the importance of going on pilgrimage — whether it is Jerusalem, Gettysburg or somewhere else altogether.

[Daniel P. Horan is a Franciscan friar and assistant professor of systematic theology and spirituality at Catholic Theological Union in Chicago. Follow him on Twitter @DanHoranOFM.]

A version of this story appeared in the Sept 20-Oct 3, 2019 print issue under the headline: Going on pilgrimage, religious or secular, is important.