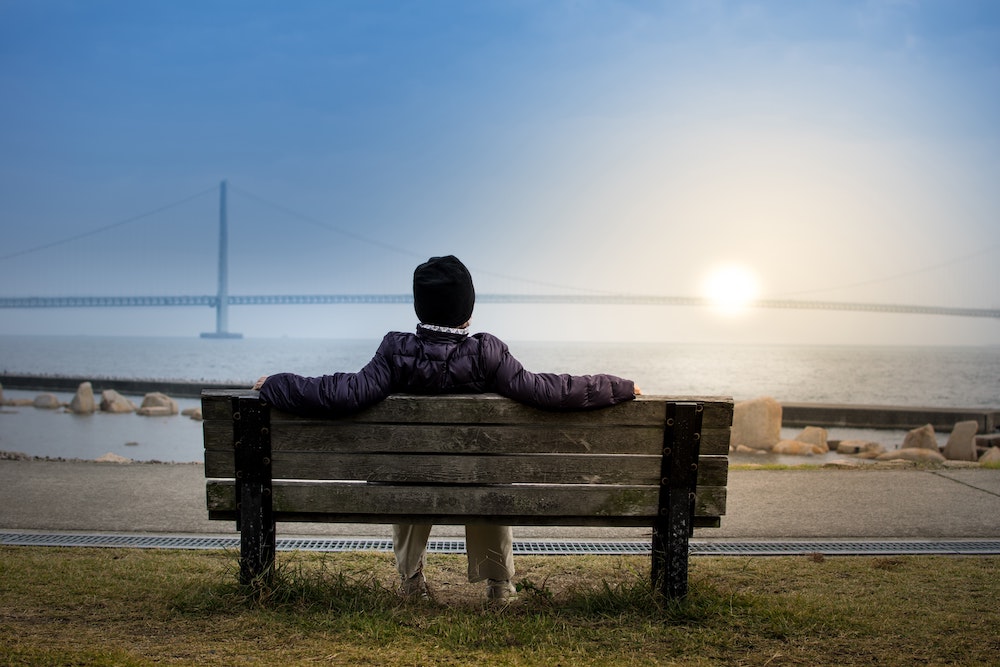 The act of "doing nothing" has always seemed like a luxury or a reward to me — the former being the domain of the exceptionally privileged, while the latter was typically something that the rest of us could hope to achieve now and then after our work was done. Either way, it has been an elusive concept that typically appears out of reach or at least not worthy of prioritization in an increasingly busy world.

American society has long been skeptical of or outright hostile to anything that seems lazy or frivolous. Taking time to sit and think, to read for pleasure, to exercise or go for a walk, or do absolutely nothing at all are seen as indulgences in an age when so many struggle to make ends meet, especially in light of a global pandemic that has forced tens of millions into unemployment and financial precariousness. But even before the arrival of the novel coronavirus and the dire circumstances of our time, there has been little in our culture that promotes the importance of doing nothing.

Those who are in service industries or the labor economy are forced into working longer hours with few benefits. Those privileged enough to have office jobs find that workdays have become practically endless with the proliferation of smart phones and the advent of remote offices. There is virtually no space or time that cannot become a workspace or time for work.

Counterintuitively, with the onset of the pandemic that has collapsed previous distinctions between "work" and "home," those of us with the privilege of working from home have found ourselves more busy than ever. Email inboxes began filling up faster, requests for meetings via Zoom skyrocketed, and the collective presumption that since everyone had to be home they were necessarily accessible at all times appeared to spread in its own viral way.

My own personality and disposition, compounded with being socialized in the general ethos of American "Protestant work ethic," as Max Weber would describe it, already makes me prone to workaholism. While this sort of socialization has long been normative for many American men, women have increasingly been faced with comparable social and professional pressures as witnessed to in Sheryl Sandberg's 2013 book Lean In: Women, Work, and the Will to Lead. This cultural phenomenon of busyness and workaholism is expanding rather than retreating, a fact that has counterintuitively come into stark relief during the pandemic. One recognizable symptom of this reality today is the well-known incidents of "Zoom fatigue," which affects everyone from schoolchildren to retirees.

In the church, the experience of busyness and focus on "productivity" can often be nearly as bad as on Wall Street or on a factory assembly line. Sacramental ministers regularly feel the pressures of parishioners' needs without adequate support structures to cope healthily with such an endless schedule. As Kaya Oakes reported, lay ministers and church professionals are also often in a double bind of working for and being emotionally, physically and spiritually drained by the very institutions many people seek out for renewal and support, sometimes leading to burnout.

It is within this context that the importance and challenge of "doing nothing" has surfaced with a renewed urgency.

In her excellent 2019 book, How to Do Nothing: Resisting the Attention Economy, Oakland-based artist Jenny Odell explores the importance of not only "disconnecting" from the social media hydras that drag us into a never-ending news cycle and anger echo chamber, but also the existential importance of prioritizing "doing nothing." She explains early on that her book is intended as "a field guide to doing nothing as an act of political resistance to the attention economy" and that "solitude, observation, and simple conviviality should be recognized not only as ends in and of themselves, but inalienable rights belonging to anyone lucky enough to be alive."

That last point is essential. Whereas time and space set aside to do nothing is generally associated with the wealthy and privileged, Odell makes a compelling case for doing nothing as an inherent human need. As an artist, Odell is keenly aware of the importance of time and space to think, muse and reflect; to recharge and renew oneself; and to establish the conditions for the possibility of creativity. However, one does not need to be an artist to do nothing any more than one needs to be a monk or nun to pray.

"For me, doing nothing means disengaging from one framework (the attention economy) not only to give myself time to think, but to do something else in another framework," Odell explains. It's just not about "going off the grid" or "signing off" social media platforms. She writes: "I am less interested in a mass exodus from Facebook and Twitter than I am in a mass movement of attention: what happens when people regain control over their attention and begin to direct it again, together."

Doing nothing is about reordering one's priorities, values, worldview, commitments and energies. Regardless of one's career or field of work, we all come up against the cultural prejudice that, as Weber put it, "Waste of time is thus the first and in principle the deadliest of sins … worthy of absolute moral condemnation." But despite Weber's ostensible Christian analysis, this way of thinking about work and being is a reduction of the human person to a cog in the market system as opposed to a human person fully alive, which St. Irenaeus of Lyons described as "the glory of God."

Odell is rightly concerned about what she calls the "attention economy" or what I might term the "productivity economy" of late capitalism in which we all find ourselves. Everything is measurable, monetizable and evaluated; if it's not productive or aids in production, it's a "waste of time" or amounts to merely doing nothing.

Rather than calling it a weakness or a liability, Christians should view doing nothing as a necessity and a human right. Those things most essential to our lives of faith center on practices that are not easily categorized, evaluated or monetized. Prayer, contemplation, thinking, reflection, seeing — these are not meant to be treated as means to some more-productive end, but isn't it the case that this is exactly how many Christians approach spiritual practices? What do I get out of it? How will this improve my life? Will this get me closer to God? 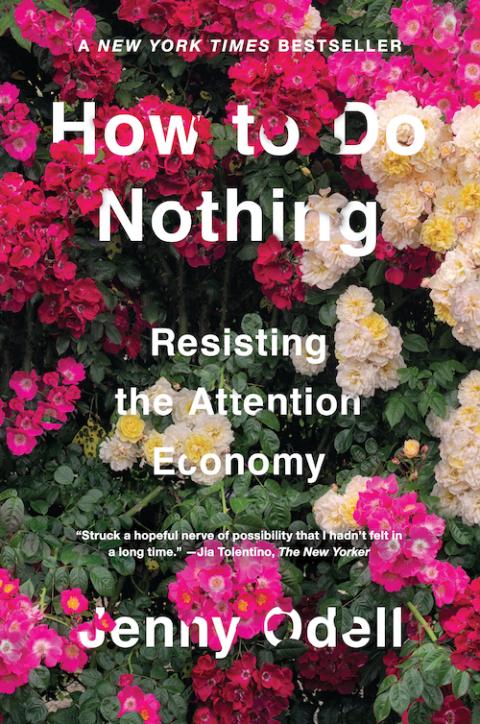 Cover art for "How to Do Nothing" (Melville Books)

Odell argues that doing nothing is laudable for its own sake, but it is also an experience and disposition that leads to a healthy "withdrawal of attention" from the unimportant, fleeting, distracting and consumerist "attention economy" in order to direct our attention, limited as it is, to things more important. Such shifts in attention can allow us to go deeper and focus our hearts and minds on what is most important, including caring about and responding to the manifold injustices in our world.

I cannot help but think of the late Congressman John Lewis, whose life and legacy was celebrated last week as his mortal body was laid to rest. A common theme that surfaced among the remarks and eulogies in his honor was recognition of the deep attentiveness and reflection Lewis, like his mentor the Rev. Martin Luther King Jr. brought to the fight for Civil Rights. His attentiveness to the practices of nonviolent resistance made his heroic witness possible; there was a lot of what Odell would call "doing nothing" that was needed to till the soil of his heart and soul for the seeds of justice and peace to flourish.

In an age of constant distraction, of meaningless argument online fueled by hate and anger, of persistent pressures demanding every moment of every day be accounted for by some measure of productivity, the exhortation to "do nothing" is a welcome corrective. We should strive to cultivate this disposition in ourselves and others, and engage in "doing nothing" guiltlessly, for our individual lives and the shared life of our community will only be better for it.

A version of this story appeared in the Sept 4-17, 2020 print issue under the headline: The importance and challenge of doing nothing.