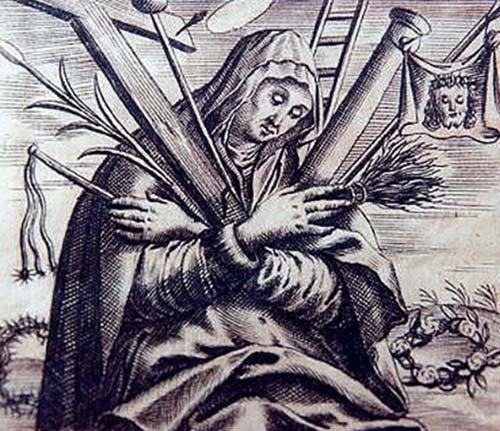 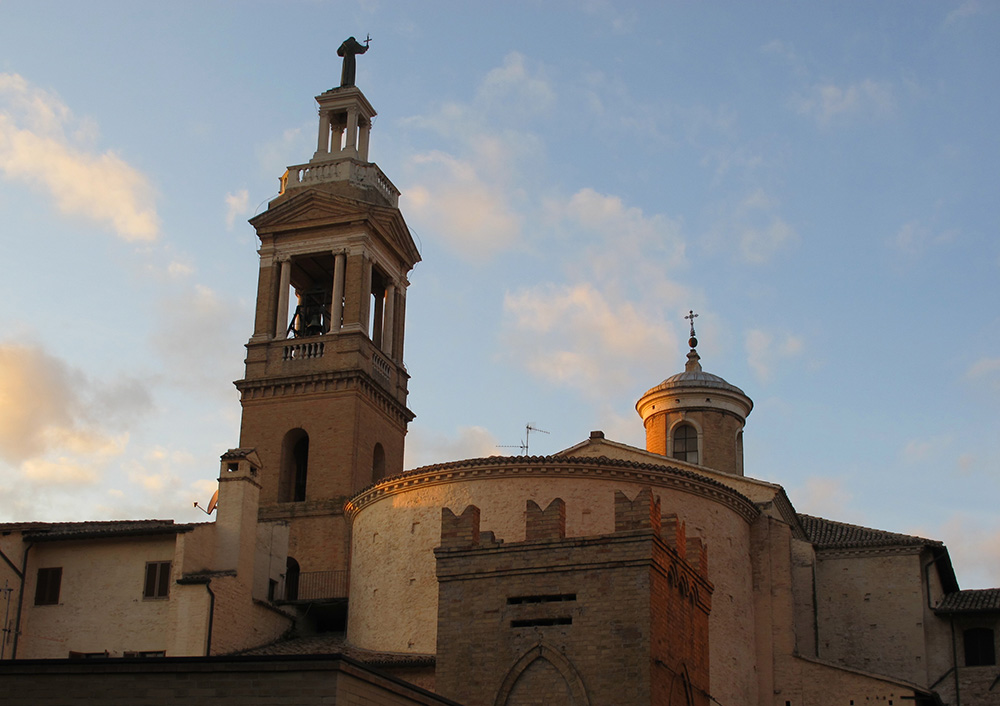 St. Francis of Assisi Church in Foligno, Italy, the hometown of St. Angela of Foligno, a medieval laywoman, Third Order Franciscan and mystic canonized by Pope Francis in 2013 (Wikimedia Commons/sailko)

One day in the fall of 1291, a woman in her early 40s walked into the Basilica of St. Francis of Assisi. A few years earlier, she had experienced a conversion to a life of penance inspired in part by St. Francis, which led to her making a short pilgrimage from the nearby Umbrian town of Foligno, the place of her birth and where she had spent nearly all her life.

As she would later narrate in her spiritual writings, she had a significant mystical experience that day while in prayer in the church. So powerful was the loving vision of God she encountered there, that when it came to an end, she had what appeared to be a nervous breakdown, which included screaming and rolling on the ground. The scene drew dozens of onlookers, including some nearby Franciscan friars who were embarrassed by such a public spectacle and demanded that this woman not return to the church.

This is just one of the many fascinating episodes in the life of St. Angela of Foligno, a medieval laywoman, Third Order Franciscan and mystic canonized by Pope Francis in 2013. Recently, while working on a book about Franciscan spirituality, I returned to her writings and was again reminded that her life and legacy ought to be better known. 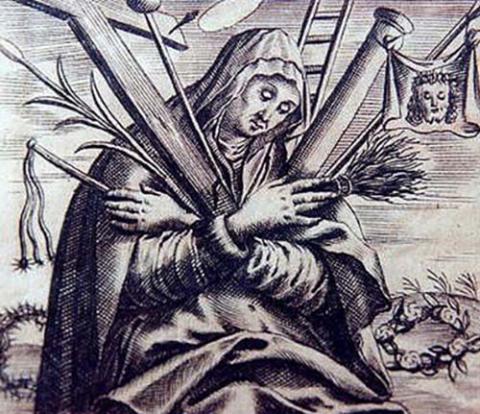 That she remains a relatively obscure figure today is the result of several historical factors, not the least of which are the persistence of patriarchy, the consequences of misogyny, and the general distrust that (male) church leaders have of the kind of visceral spiritual experiences and the creative imagery used to express such experiences in the writings of female mystics like Angela.

But this is what is so interesting about Angela's contributions: Unlike many other medieval women mystics of record, Angela was neither a professed religious nor a noblewoman. She was a wife and mother, someone of comfortable means but also relatable circumstances. Her two-part Liber ("Book" in Latin), composed of reflections recorded by a scribe and titled the Memorial and the Instructions, conveys distinctive insights about God, creation and prayer. So important is this two-part work that the renowned University of Chicago scholar of mysticism Bernard McGinn wrote that Angela's "Book rightly stands as the premier text of all Franciscan women mystics."

Angela's experience of the divine was profoundly intimate and her depiction of it straightforward. Take, for instance, her recollection in her Memorial of hearing the Holy Spirit speaking to her directly: "My daughter, my dear and sweet daughter, my delight, my temple, my beloved daughter, love me, because you are very much loved by me; much more than you could love me."

She then adds that God says to her:

Inspired as she was by the penitential tradition of the Franciscans, Angela was drawn to evangelical poverty, not as an end in itself, but as a means toward deeper appreciation of our existential dependence on God and need to care for one another. "Divine wisdom teaches this truth about poverty: It makes a person first see their own defects, then discover their own poverty and how truly one is poor in being."

With the skill of a vernacular theologian, she then adds: "Thus illuminated by the gift of divine grace, one sees the goodness of God. Then all doubt concerning God is immediately taken away, and one loves God totally; and loving with this love one performs works in accordance with this love, and then all self-reliance is taken away."

In a manner perhaps even more accessible than Francis or Clare of Assisi provided in their writings, Angela is able to understand and express the importance of the relationship between the spiritual life and the life of charitable works, a unity only made possible by imitating Christ through the embrace of evangelical poverty.

In her Instructions, she makes this connection overt: "The Son of God, Jesus Christ in his human nature, himself gave us the example of the wonders of prayer and the need to persevere in it. He taught us how to pray in many ways through word and deed."

Darleen Pryds, a professor of spirituality and history at the Franciscan School of Theology at the University of San Diego, in reflecting on Angela's widespread popularity as a spiritual adviser, has described her as something like "the 'Dear Abby' of late medieval Italy." Angela was someone that women and men, lay and religious, sought out for guidance and insight about life — both spiritual and practical.

And I think that she makes for a great wisdom figure in our own time, too.

In addition to the reassurance of God's intimate relationship with all people and the need to follow Christ's example of evangelical poverty leading to greater love of neighbor, both of which are insights desperately in need of repeating today, Angela's mystical vision of God's relationship to creation is timely. As we face environmental crises and a global climate catastrophe, the vision of God's presence in creation Angela experiences in prayer presciently illustrates Pope Francis's teaching in "Laudato Si', on Care for Our Common Home." She recounts:

While many great spiritual masters and mystics talk about God's closeness to creation, I know of none who speak more beautifully than Angela's phrase: The world is pregnant with God. It is a prayerful recognition of the theological truth that God not only comes to us from without, but that God touches the depths of our existence from within. One can hear the echoes of St. Augustine's famous observation that "God is the one who is closer to us than we are to ourselves." But the metaphor of pregnancy, well, that is just not something Augustine would have been able to conceive.

At the start of a new calendar year, many people are seeking new spiritual resources. I suggest that you add Angela of Foligno to your list. Her accessibility, creativity, imagination, frankness and distinctive personal story (about which I hardly had space here to adequately describe) make her an ideal spiritual companion and guide.