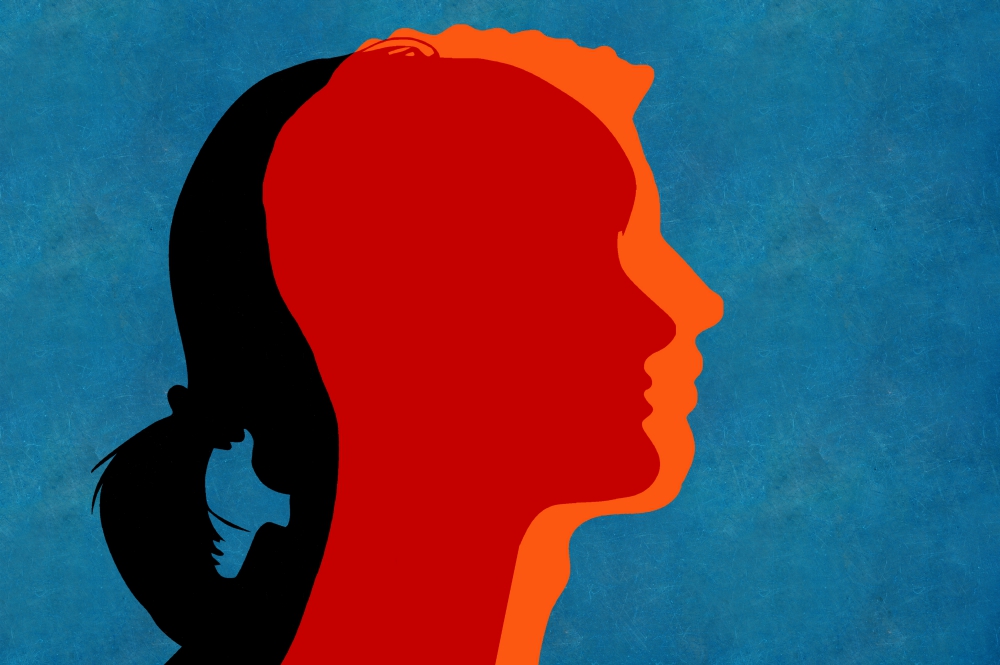 The recent document on "gender theory" issued by the Congregation for Catholic Education bears an encouraging subtitle that calls for "dialogue." But the ostensible call is inconsistent with the tone and content of the body of the text itself. Titled " 'Male and Female He Created Them': Toward a Path of Dialogue on the Question of Gender Theory in Education," the educational document at once claims a good-faith interest in conversation, while portending a dismissive monologue instead.

You can't have it both ways. You can't claim to be serious about dialogue and then predetermine the outcome, reject the validity and veracity of your would-be dialogue partner's insights, and offer only a series of self-referential dicastery and magisterial texts to ground your position.

From the outset of the text and then throughout, there is constant, if vague, reference to "gender ideology," which functions rhetorically as a dismissible straw man. Instead of naming academic studies or providing examples of specific theories or theorists, the text presents "gender ideology" as a foil against which to position a presumed anthropological outlook, one that is generally grounded in an Aristotelian-Thomistic worldview and presupposed to be unassailable or at least not open to modification.

In addition to the use of the term "ideology" as a pejorative refrain, there are at times other outright errors in fact presented without qualification or critique. Such is the case with the conflation of "intersex" with "transgender."

I believe dialogue on the subject of gender in the church is much needed. Too often, what passes for "dialogue" in this regard consists of one-sided exchanges of caricature and misunderstanding. But true dialogue cannot take place as long as one party to the conversation determines all the factors of the discussion apodictically.

In this way, the Congregation for Catholic Education's document appears as a model for how not to engage in the sort of constructive conversation that is needed today between the theological tradition of the church and the diverse experiences of people, as well as ongoing natural and social scientific discoveries.

As I read the document and considered what a better way "towards a path of dialogue" might look like, I thought of the pioneering work of the great American theologian Fr. David Tracy. Among his many notable contributions to Catholic theology is consideration of a methodology for doing theology within a pluralistic context such as we find ourselves in today. So central is the theme of dialogue in his thought that theologian Stephen Okey titled his recent (and very good) introduction to Tracy's work: A Theology of Conversation.

In particular, I found myself returning to Tracy's 1987 book Plurality and Ambiguity: Hermeneutics, Religion, Hope. It is here that Tracy most directly considers how having a theological conversation like the one needed around gender ought to proceed.

Tracy explains that the true aim of dialogue, of genuine conversation, is the "discovery of truth as manifestation." An honest quest for the truth does not begin with certitude about an eventual conclusion to the dialogue.

As Tracy explains, "We may so believe in our own intentions that we become deaf to other voices." This is a forestalling of the discovery of truth, a unilateral and presumptuous mode of being that reflects better a nonconstructive argument or monologue than it does a truth-seeking conversation or dialogue.

In the course of true dialogue, we may, for a time, have to engage in an argument, the aim of course being the amicable desire for clarification. But argument is not the primary mode of true dialogue; conversation is.

"Conversation in its primary form is an exploration of possibilities in the search for truth," Tracy says. This would seem to encapsulate well the purpose of theological inquiry in the mode of fides quaerens intellectum — faith seeking understanding. Theology is a conversation, at least theology done in the spirit of true dialogue.

Drawing on the important insights of the philosopher Hans-Georg Gadamer, Tracy explains that real conversation is like a game, one that has rules of course (e.g., "Say only what you mean," "Listen to and respect what the other says, however different or other," "Be willing to argue if necessary, to confront if demanded, to endure necessary conflict, to change your mind if the evidence suggests it," and so on), but one for which the outcome remains unknown at the outset.

True dialogue, therefore, presupposes genuine conversation partners, who stand on equal footing and reserve the right to revise one's perspective, to clarify points and, most importantly, learn from the other. Citing his early theological mentor, Jesuit theologian Fr. Bernard Lonergan, Tracy summarizes the factors that go into being good dialogue partners: "Be attentive, be intelligent, be responsible, be loving, and, if necessary, change."

Currently, the dialogue being called for in the Congregation for Catholic Education's document is a false dialogue, one that does not play by the rules of the game and makes no provision for the risk of genuine conversation.

To move toward true dialogue, those responsible for constructing documents like this (and there are reports that the Congregation for the Doctrine of the Faith is working on another document on this theme) ought to seek out those who know more about the complex, if not always theologically focused, realities of gender, sex and the human person — particularly from natural and social scientific fields.

To move toward true dialogue would involve soliciting the wisdom and experiences of women and men, particularly those who are transgender or intersex, and privileging their knowledge and voices in the conversation.

To move toward true dialogue would require consideration of a more diverse array of theological and philosophical sources in the Catholic tradition beyond what remains largely a carryover from the manualist tradition of neo-Thomism.

To move toward true dialogue on gender in the church would involve more than simply "listening, reasoning and proposing," as outlined in the conclusion of the Congregation for Catholic Education's document. It would also involve a willingness to hear, learn and change.

A version of this story appeared in the July 26-Aug 8, 2019 print issue under the headline: What's the true path to dialogue about gender in the church?.