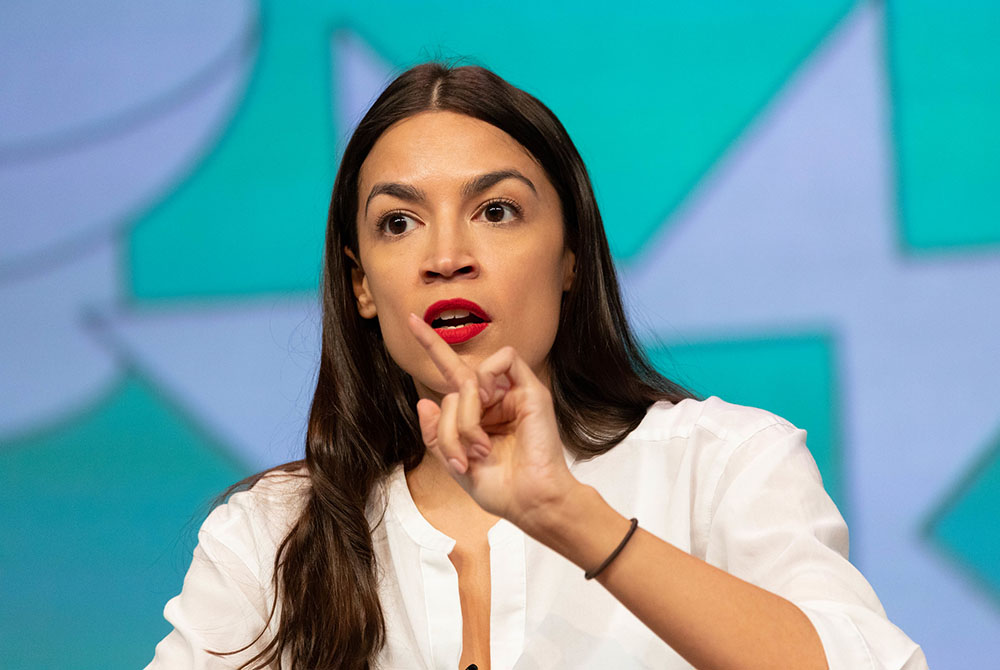 New York Rep. Alexandria Ocasio-Cortez speaks at the 2019 the South by Southwest Festival, known as SXSW, in Austin (Flickr/Ståle Grut/NRKbeta, CC by 2.0)

Editor's note: NCR does not expect its columnists to share completely the views of our editorial page, and this column is a case in point. NCR has for decades supported a nuanced view of the "seamless garment" approach to abortion and other life issues, as spelled out in this editorial and others over the years.

Over the past few weeks, a thought-provoking discussion has arisen in the pages of NCR about what a progressive, Millennial Catholic like Rep. Alexandria Ocasio-Cortez signifies for the future of the church in the United States. The conversation started when NCR's executive editor, Heidi Schlumpf, wrote a column in response to the congresswoman's stunning, feminist rebuke of Rep. Ted Yoho (also a Catholic) after he subjected her to a repugnant verbal assault on the steps of the Capitol.

"If there is to be a future for the Catholic Church in the United States," Schlumpf wrote, "it must also resemble Ocasio-Cortez in her passion for justice and human dignity, and in her courage and integrity, even in the face of vulgar attacks."

The piece aroused the indignation of some Catholics who oppose the right to access abortion care, arguing that, Ocasio-Cortez's pro-choice position is untenable with the Catholic faith.

What they don't consider, however, is that Ocasio-Cortez doesn't view the issue of abortion simply as an issue of reproductive rights. She views it through the more comprehensive lens of reproductive justice. 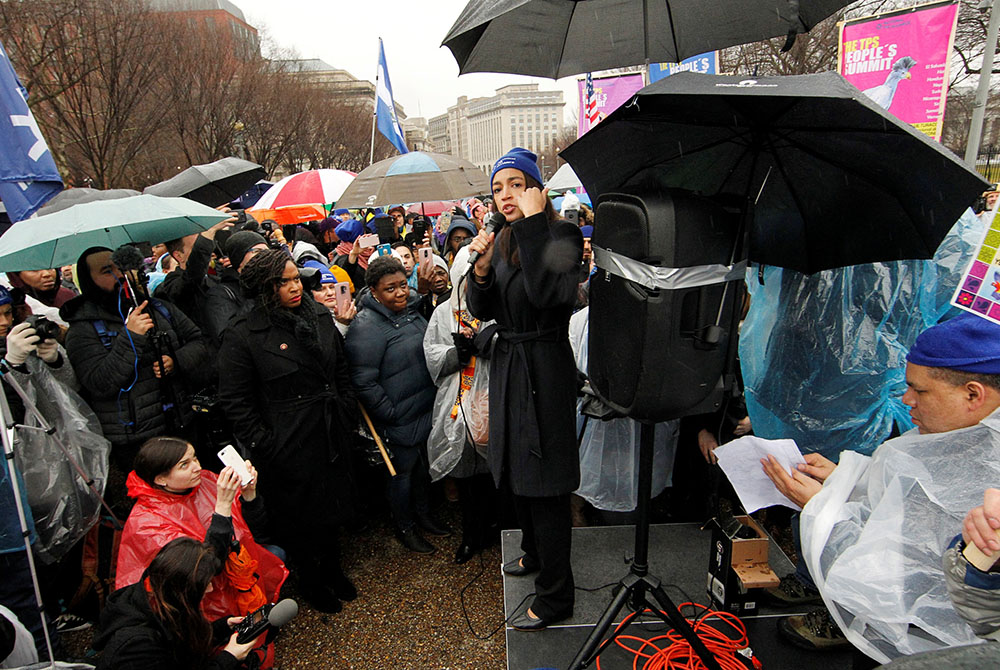 U.S. Rep. Alexandria Ocasio-Cortez, D-N.Y., addresses immigration rights activists during a rally calling for "permanent protections for Temporary Protected Status holders" Feb. 12, 2019, in front of the White House in Washington. Due to a lawsuit, the Department of Homeland Security has extended TPS for El Salvador, Haiti, Nicaragua and Sudan to January 2020. (CNS/Jim Bourg, Reuters)

What's the difference? The framework of reproductive justice was developed in 1994 by 12 Black women in response to the Clinton administration's proposed plan for universal health care. The women questioned the assumptions that were being made by those who developed the health care plan and whether they were really able to represent the needs of Black women.

Their core concern was this: When a person gets pregnant, whether planned or unplanned, the discussion is never limited to whether or not the pregnant person can get an abortion. All kinds of social justice issues come to the fore: workers' rights, protection from domestic violence and abuse, immigration status, a clean and safe environment, and access to adequate education, health care and childcare. So they developed an ethic that they called reproductive justice that interweaves reproductive rights with social justice.

Reproductive Justice means the human right to control our sexuality, our gender, our work, and our reproduction. That right can only be achieved when all women and girls have the complete economic, social, and political power and resources to make healthy decisions about our bodies, our families, and our communities in all areas of our lives.

What struck me when I read this description is how much it overlaps with parts of Catholic social justice teaching, even as it obviously disagrees with the official doctrine of the Catholic Church on abortion.

Some, of course, will disagree, arguing that abortion does violence to women's bodies and inflicts deep psychological trauma. But recent long-term studies of women who were denied abortions contradict those claims.

In her new book The Turnaway Study, Diana Greene Foster presents research conducted over 10 years with 1,000 women who had or were denied abortions, charting its effects on women's mental, physical and economic health.

Foster says that women who were denied abortions were much more likely to be living alone and raising their children alone, and those who are tied to an abusive partner see incidents of domestic violence skyrocket. In the months following being denied an abortion, they were worse off psychologically than the women who were able to terminate their pregnancies and more likely to answer "no" to questions like, "I feel happy when my child laughs," among other devastating indicators.

Even most pro-life people acknowledge that economic hardship, domestic violence and lack of work are all contributing factors to why a pregnant person may need to seek an abortion. But where they disagree is on the issue of bodily autonomy. That is, a women's right to choose whether to carry a pregnancy to term.

This is where Foster's study is particularly helpful. As she told Fresh Air:

"[T]here is more at stake than just women's bodily autonomy and the well-being of a fetus who will become a baby.

In this moment, when the nation is reckoning with violence and systemic white supremacy, I have found it helpful to listen to the voices of the Black women who created the reproductive justice framework, and those who are furthering its development today. They maintain that for centuries, white people have colonized and dominated Black bodies, particularly Black women's bodies. Achieving true freedom for them, and for all women, therefore includes maintaining their sovereignty over their bodies and their pregnancies, having access to sexual education, having total autonomy over their own bodies and being able to control their own fertility.

Progressive Catholics regularly criticize those who call themselves pro-life but only commit to being anti-abortion. But they often skirt the issue of abortion entirely by instead focusing on all of the other justice issues that need to be upheld as part of a consistent ethic of life.

I think these progressive, justice-oriented Catholics might be stunned to see how much the values of reproductive justice overlap with the values stated in Catholic social teaching: care for the vulnerable, access to education, the right to be protected from violence and the right to workplace protections and health care.

At its core, reproductive justice seeks to end oppression in all its forms. This broad vision includes access to abortion care, but that is one piece of a more comprehensive ethic of care. Reproductive justice demonstrates care for children and their futures by including issues like care for the migrants, the right to vote, protection for the planet, opposition to war and state violence and, of course, a call to action against racism and white supremacy.

These are the reasons why Ocasio-Cortez and I, who count ourselves among the 56% of U.S. Catholics who believe that abortion should be legal, embrace an ethic of reproductive justice.

These principles are all consistent with Catholic social teaching — and they may help progressive Catholics who are skittish around the issue of abortion see that they share more common ground with pro-choice advocates then they realize.