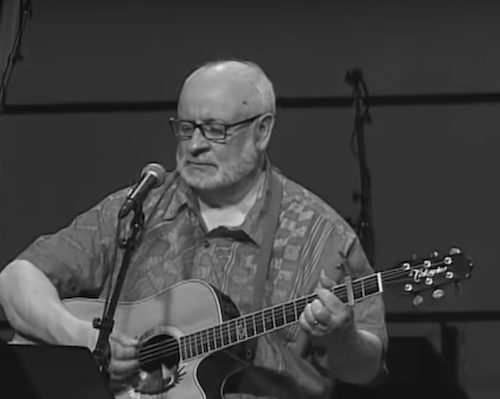 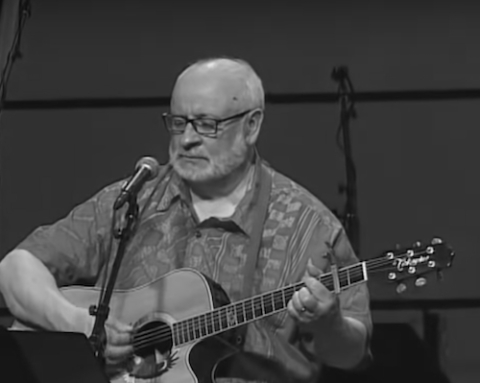 I first heard about sexual abuse allegations against composer David Hass from a Facebook friend in a post last week. "I haven't heard much talk about this among progressive Catholics," she wrote. "Maybe our hearts are too broken."

Since the story first came to light, three of Haas' victims have come forward, telling NCR's Soli Salgado about the ways they were groomed, forcibly kissed and relentlessly pursued by the composer of well-known post-Vatican II hymns.

The news stunned the progressive Catholic world, whose liturgical soundtrack is filled with Haas' songs. His lyrics, so imbued with calls for love, justice and inclusion, earned him a place in the canon of luminaries of the Catholic reform movement.

Not surprisingly, the kneejerk reaction has been to "cancel" Haas: remove his music from hymnals and stop playing his compositions at worship services. While those actions may be justifiable, my hope is that we don't just rush to eradicate him and quickly move past yet another sad and ugly episode of "fallen Catholic hero." We must also take the opportunity to have a crucial conversation about what his alleged abuse reveals.

Since Pope Francis started to get serious about clergy sexual abuse about two years ago, many well-intentioned theologians, commentators and even some church leaders (including the pope himself) have pointed to clericalism as the root of sexual abuse in the Catholic Church. But the Haas story demonstrates that there is something even more systemic and more destructive at work in the patterns of abuse in the church.

The Haas revelations are reminiscent of reports in February of this year that Jean Vanier, the venerated founder of the L'Arche community, had his own sordid history of abusing adult women. In my response to that story, I wrote:

In nearly every case of sexual abuse we have heard about in the church over the years — whether the situation is priests abusing children, or bishops raping nuns, or ex-Cardinal Theodore McCarrick sexually coercing seminarians, or … Vanier sexually assaulting adult women — there is one common denominator: the patriarchal belief that a special class of spiritual men are entitled to use women, children and other vulnerable men for their sexual gratification.

Though Vanier's patterns of abuse were more cultic and ritualistic than what Haas' victims have described so far, they were both members of that elite class of spiritual men, and, therefore, benefitted from the Catholic patriarchal mindset. The fact that neither of them was ordained shows the church's problem with sexual abuse is not rooted in clericalism, it's rooted in a theology of male superiority.

The Catholic Church teaches a theology of "gender complementarity," which means that though men and women are equal in dignity, they have complementary roles in the church and the family. In this scheme, God designed men to lead and take initiative, and God created women to receive and serve. The doctrine is the basis for the church's hierarchical theology, which essentially teaches that it is part of God's plan that women and children should be completely under the control of men.

When religious power is totally in the hands of men, it creates a culture of devaluation and distrust of women. Men support one another and cover for one another, and they treat women as disposable and their stories unworthy of belief. Rather than listen to abused women, men silence them or blame them for leading men into temptation.

This is why, even though the Archdiocese of St. Paul and Minneapolis knew of at least one serious claim of sexual assault against David Hass from 1987, they still allowed Haas to create a music camp for teenagers.

This is also why right now, the women who are coming forward to tell their stories of sexual misconduct by Haas are being questioned or distrusted on social media, or simply ignored by leaders, colleagues and fans who just don't want to deal with it.

Part of the doubt cast on Haas' victims is rooted in our theological tradition that trains us to not believe women. But complementarity feeds another source of doubt about women victims, namely the Catholic penchant for male hero worship.

Haas seemed particularly adept at cultivating a sense of stature. As NCR reported, he gave his Music Ministry Alive program "the aura of prestige" and groomed students to desire his attention. One victim told NCR that her classmates hoped he would look at them when he sang his famous hymn "You Are Mine."

All of our lives, Catholic have been fed the notion only men are worthy to be priests because God only wants men to be leaders. Regardless of how progressive some Catholics try to be, time and again, we find ourselves falling into and feeding the belief that men are singular and exceptional. Haas, it seems, not only knew this, he exploited it.

If there is any benefit to the revelations about Haas and Vanier, perhaps it will open up a conversation about the abuse of adult women by men in spiritual power. Though some church leaders, including Pope Francis, regularly denounce violence against women, the reality is that a theology of gender complementarity entrenches and sanctifies gender inequality — and gender inequality is the root of all violence against women worldwide.

The stories of Vanier and Haas show us that "clericalism" cannot be the rallying cry for what needs to change for our church to stop sexual abuse and its cover up. What needs to change is the institutional church's consecration and elevation of male power. The hierarchy can create as many training programs, policies and procedures as they like, but until they address male dominance as the underlying cause of sexual abuse, the crisis will never be resolved.