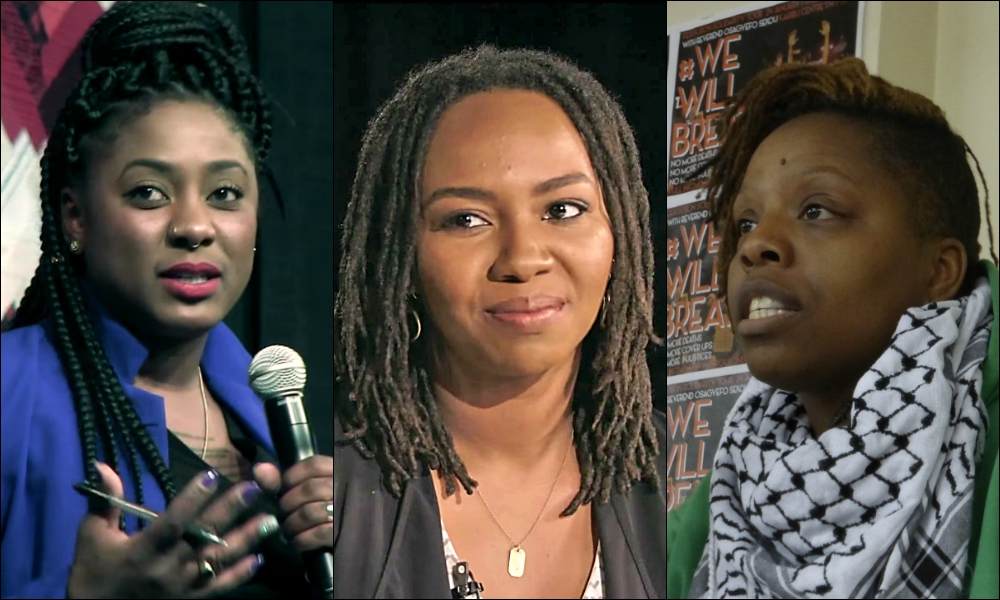 This week, Catholic League president Bill Donohue released a statement describing the Black Lives Matter movement as "one of the greatest threats to the health and safety of black Americans today." By calling for the abolition of law enforcement, Donohue claimed, the movement is "doing everything it can to subvert the aspirations of black people."

Such criticisms are not an anomaly in our church. Other Catholic critics include Bishop* Thomas Daly of Spokane, Washington, who described the movement as "in conflict with Church teaching," adding that "it is disturbing that BLM has not vocally condemned the recent violence that has torn apart so many cities"; Joshua Mitchell, a Georgetown professor who described Black Lives Matter as "akin to Adam in the Garden of Eden covering his nakedness with a declaration of his innocence"; and Church Militant, which called the movement a violent organization supported by the Vatican. (It has not been endorsed by the Vatican.)

White Catholics, both lay and clergy, across the political spectrum have started to publicly opine on the movement, including Archbishop William Lori, Bishop Michael Barber, Bishop Mark Seitz, and white Catholics at secular and religious publications like Commonweal, The New York Times, the Associated Press, and America. This year, we are seeing white Catholics attempting to publicly grapple with a belief many Catholics of color have publicly encouraged since 2013: The Catholic Church must align itself with the Black Lives Matter movement. 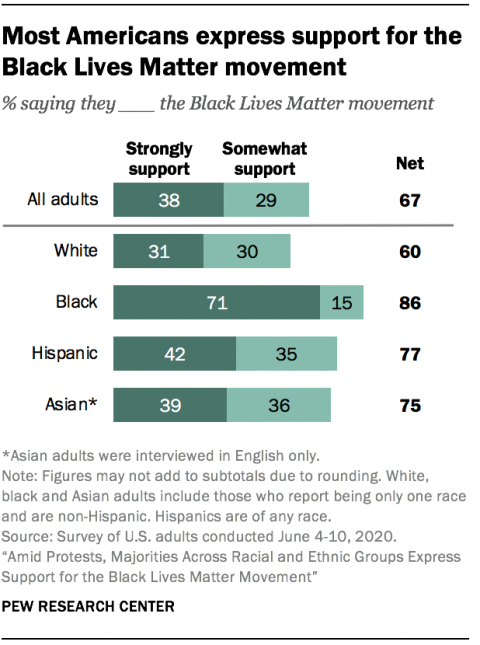 Amid the global COVID-19 pandemic and anti-racism uprisings across the United States, support for the movement is up. Two-thirds of Americans surveyed, from various ethnic and racial groups, now support Black Lives Matter.

Despite the increase in support and media attention, however, many Catholics continue to erase the work of the three Black women who started the movement.

In the summer of 2013, Alicia Garza, Opal Tometi and Patrisse Cullors created the Black Lives Matter movement after George Zimmerman was acquitted in the shooting death of Trayvon Martin. Garza told me back in 2018 that the three Black women wanted to create an online campaign that raised awareness of the daily violence Black women, men and children face in the United States and around the world. After the death of Michael Brown Jr. in Ferguson, Missouri, the following summer, the movement grew into the global network it is today.

Garza told me that Cullors and Darnell Moore, activist, writer and author of No Ashes in the Fire: Coming of Age Black and Free in America, organized a freedom ride in 2014 to Missouri to support organizers who were marching following Brown's death. More than 600 people took part in the movement's first in-person gathering. Many of these organizers, including people who were following the movement outside of Missouri, used BLM tools and resources to address and combat the systemic oppression of Black people in their respective cities.

"When it was time for us to leave, inspired by our friends in Ferguson, organizers from 18 different cities went back home and developed Black Lives Matter chapters in their communities and towns — broadening the political will and movement building reach catalyzed by the #BlackLivesMatter project and the work on the ground in Ferguson," the movement's website reads.

Following the murder of George Floyd this past May in Minnesota by a white police officer, organizers across the country used the rallying cry of the movement, along with its mission statement, to demand that police officers stop murdering and harassing Black people.

This year alone, more than 500 people have been killed by U.S. law enforcement; and in protests across the country, police officers have responded violently to the marches. Across the country, law enforcement, including federal agents who were deployed by the American government to patrol American people, have tear-gassed and shot at mothers, veterans and journalists.

This is the very state-sanctioned violence that led to the creation of the Black Lives Matter movement in 2013, violence Black Americans have faced since the first enslaved Africans were brought to what became the United States.

Black Lives Matter is a movement fighting for "freedom and justice for Black people, and by extension, all people." Garza, Cullors and Tometi have more than 15 years of organizing experience advocating around life issues like police brutality, gentrification, housing discrimination and immigration reform — experience many bishops and commentators do not have. They have actively and consistently condemned the violence and oppression affecting our country's most marginalized, the very evils our church calls on us to condemn.

Yet for many within our church, the BLM founders, two of whom identify as queer, are, at worst, automatically viewed as suspicious, violent, unchristian, and therefore not worthy; or at best, entirely erased from most Catholic commentary on the movement. (Church Militant and the Catholic League are two of the few websites that explicitly name the Black founders and the movement's mission statement.)

Since the death of Floyd on Memorial Day, almost every article in Catholic media on the Black Lives Matter movement failed to mention the three Black women whose lived experiences and expertise created the very words and mission many Catholics across the political spectrum are appropriating. Until Catholics, both lay and clergy, begin to accurately center these women, writers, commentators and faith leaders will continue to perpetuate dangerous fallacies about the movement.

No matter how many Catholics proclaim that Black lives matter, until Garza, Cullors and Tometi are genuinely centered and amplified in Catholic discourse on the movement, we will never be a church committed to Black lives, one Pope Francis describes as "a renewed Church and a renewed humanity."

[Olga Segura is a freelance writer and currently working on a book on the Black Lives Matter movement and the Catholic Church.]

*This article has been edited to correct Daly's title.