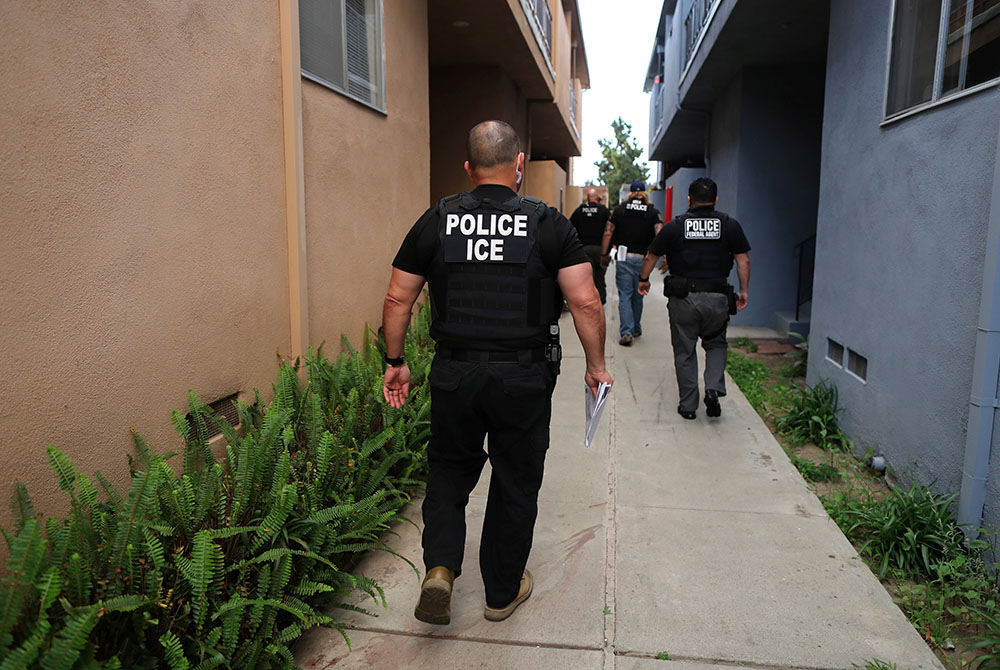 "Why did it take you so long to come? For a long period of time we have been shouting, asking, for "HELP." You do not know what we have suffered. Someone must stop it. Someone must answer for this." These are the gut-wrenching words from a woman inside the Irwin County Detention Center that were shared with Rep. Nanette Barragán of California.

On Sept. 26th, according to Buzzfeed News, a delegation of Congressional members went to Oscilla, Georgia, to investigate unwanted medical procedures performed on immigrants incarcerated at the Irwin detention center. This was just one of the many letters shared with Barragán.

According to Georgia Public Broadcasting, after inspecting the detention center, Rep. Raul Ruiz of California, a doctor, stated this, "If you take a blade to a woman's body, you need to have informed consent," Ruiz said. "Otherwise, it is an assault."

These details from the Congressional delegation are some of the latest in a developing story out of Irwin.

Since the original complaint by Dawn Wooten, a nurse at the center, more women have come forward. Members of Congress ordered an investigation into her complaint; The Washington Post reported Sept. 22 that the Department of Homeland Security "has initiated its own investigation." The Mexican government interviewed six women who are potential victims, according to Reuters.

Vox reported about one woman who was a former detainee at the facility; She was originally told that she was undergoing a procedure to mitigate irregular menstrual bleeding, but the doctor who performed the surgery "informed her that he had also removed one of her fallopian tubes.

While news around this story is changing every day, including reports that Wooten is lying, it is not difficult to see why so many believe her.

The events at Irwin are a reminder that the United States has a history of such violence against women of color. In 1970, the Nixon administration passed the Family Planning Services and Population Research Act, which led to the sterilization of "perhaps 25% of Native American women of childbearing age, and there is evidence suggesting that the numbers were actually even higher," according to Time. Around this same time, Mexican immigrant women were forcibly sterilized after giving birth at Los Angeles County-USC Medical Center. In recent years, incarcerated women have shared their experiences with forced sterilizations in prisons and jails. As recently as 2017, women in Tennessee jails were told by a Tennessee judge in 2017 that they could serve shorter jail sentences if they volunteered for sterilization surgeries. 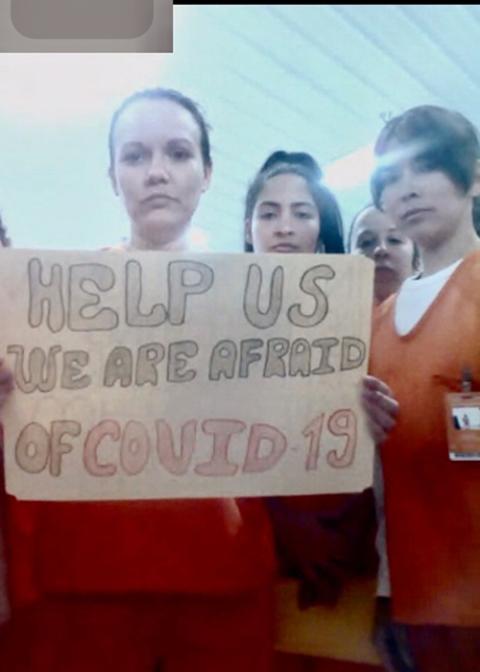 Migrants detained in an Immigration and Customs Enforcement facility in Basile, Lousiana, display signs April 3 related to the coronavirus disease. (CNS/Handout via Reuters)

Additionally, in the last two years alone, ICE — a department formed in 2003 following the Sept. 11, 2001 terrorist attacks — has separated families at the border; been accused of systemic sexual assault; and inadequately protected detainees during the COVID-19 pandemic, which resulted in at least reported four deaths. Detainees reported having broken bones and receiving no medical care, aside from ibuprofen. The number of immigrant miscarriages in ICE detention centers has also risen during the Trump administration, according to Daily Beast.

This department was created as a way "to better protect national security and strengthen public safety." Since its creation, this department has amassed an exorbitant amount of funding, with little to no oversight, and created a condition of vulnerability that allows human rights abuses to continue daily.

In 2011, the United States Conference of Catholic Bishops published "The Catholic Church's Teaching on Immigration Enforcement," in which they explained that in any enforcement action, the "human rights and dignity of the person should be preserved and respected to the greatest extent possible." In 2018, the Holy See wrote to the United Nations calling for an "end to the detention of migrant and refugee children."

Clearly, ICE does not create an environment where the family unit is protected. It does not uphold the life and dignity of a human being from conception to death. In these detention centers, there is little to no room for prayer or Communion, both of which are pillars of what it means to be Catholics.

People are suffering. We, as Catholics, cannot ignore this.

This summer, Pope Francis reminded Catholics all around the world that we are called to encounter Jesus in the lived experiences of migrants. "This encounter becomes also for us a time of grace and salvation, and summons us to the same mission entrusted to the Apostles." And just weeks ago, the Vatican reaffirmed its condemnation of euthanasia, describing it as an "intrinsically evil act" akin to murder and warning that legislators who approve such laws "become accomplices of a grave sin."

Defunding ICE detention centers must be viewed through the same critical lens we view issues like euthanasia and abortion. ICE is one of the biggest moral failures of this generation. People in cages, family separations, sexual violence, and women with forced hysterectomies go against everything we stand for as a pro-life church.

If our leaders are openly condemning public instances of mortal sins, then they must openly declare that what is happening at these detention centers is evil. It is not a place focused on public safety, but one complicit in sin.

There are people of faith in detention who have put their hope in God. As a faith community, we must confirm that we hear their cries of injustice and suffering by calling for these vile places to be defunded and shut down.

For years, Catholic advocates, including Cardinal Joseph Tobin of Newark, New Jersey, have publicly condemned the atrocities occurring in American detention centers. "These draconian measures are not a solution to our broken immigration system. They are violations of human dignity and are contrary to all religious teachings and the sacred call to care for our most vulnerable populations," Tobin said last year.

The United States can and should exist without ICE, and it is not too late to defund and shut it down before further harm occurs.

[Melissa Cedillo is a graduate student at Harvard Divinity School with a focus on religion, ethics and politics.]