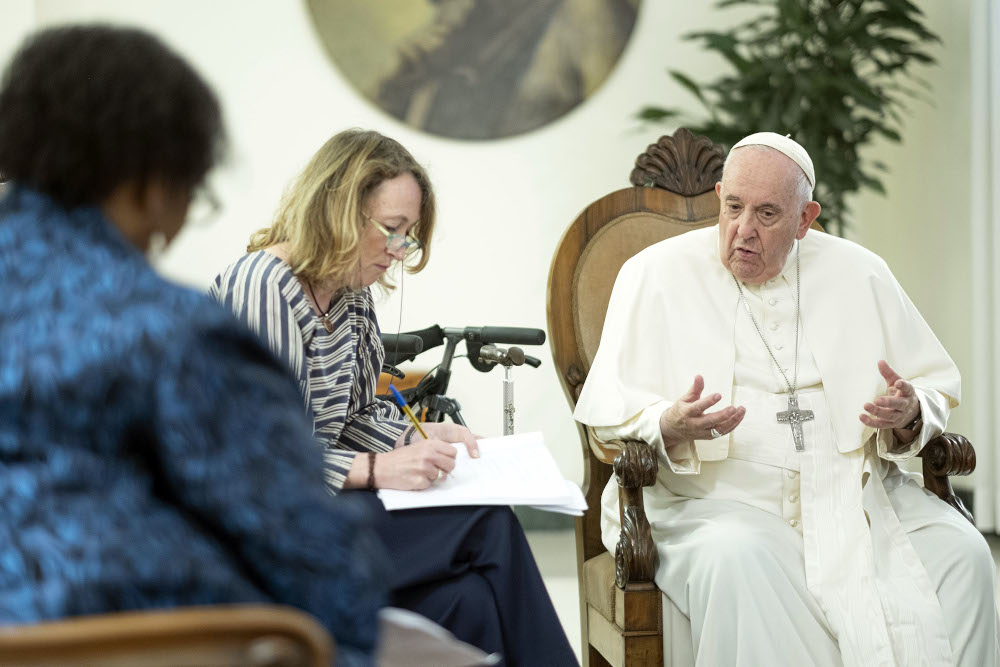 The pope's interview last month with America, the Jesuit journal, was a textbook example of why the Vatican does not want the pope doing interviews. The pope poked the Russian bear in the nose, gave a convoluted response to why women cannot be priests and even had a muddled response to a question on racism in the United States.

If I had been his press secretary, I would have been pulling my hair out during much of the interview. I would have wanted to edit the text before it was published.

Some of his responses were noncontroversial and even inspiring — for example, on how he remains joyful and happy amid crises and troubles. His analysis of how political polarization is un-Christian was spot on. He also acknowledged that it is a mistake for the church to have less transparency in dealing with abusive bishops than it has with abusive priests.

As a former editor of America, I was delighted that its outgoing and new editors got an exclusive interview with the pope and that they brought three lay colleagues, including two women, with them. Their questions were professional, with some follow-ups that didn't allow the pope to dodge the questions. Kudos to them.

On the Russia-Ukraine war, Gerard O'Connell, America's Vatican correspondent, asked the pope why he was unwilling "to directly criticize Russia for its aggression against Ukraine, preferring to speak more generally of the need for an end to war, an end to mercenary activity rather than Russian attacks, and to the traffic in arms."

The Vatican has traditionally tried to avoid taking sides in wars in the hope that it might become a mediator for peace. Historically, this approach has rarely been successful. Although in this war the Vatican has facilitated exchange of prisoner lists and even of a few prisoners, the Ukrainian and American governments have criticized the pope for not condemning Russian President Vladimir Putin and Russia.

"When I speak about Ukraine, I speak of a people who are martyred," he said. "If you have a martyred people, you have someone who martyrs them." He went on to say that he did not specifically name Putin in his condemnations of the war because "it is not necessary; it is already known." He might as well have said that Putin was a 21st century Nero.

He tried to avoid accusing Russian soldiers of war crimes but said that the cruelest troops were Chechens and the Buryat, who are fighting for Russia.

These comments surely pleased Ukraine, the United States and its NATO partners, but they also gave heartburn to the Vatican Secretariat of State, which had to deal with Russian outrage. 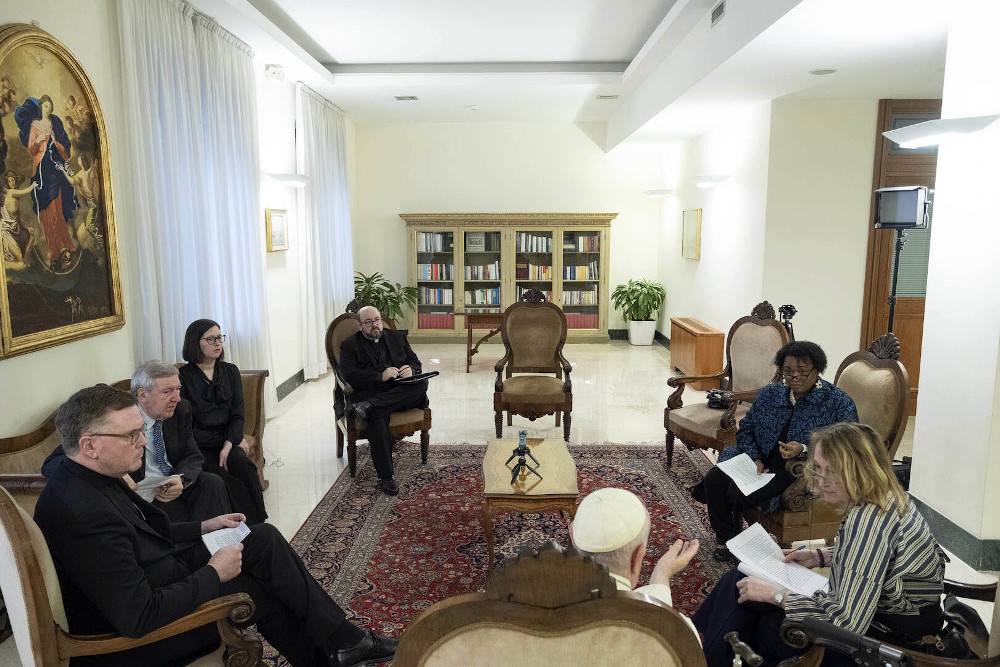 America executive editor Kerry Weber, while acknowledging the pope's promotion of women in the Vatican, asked, "What would you say to a woman who is already serving in the life of the church, but who still feels called to be a priest?"

The good news is that the pope avoided talk of "complementarity" and did not refer to women as the strawberries on the cake. He is learning. But he did drag out the convoluted ecclesiology of the Swiss theologian Hans Urs von Balthasar, which describes the Petrine and Marian aspects of the church.

Von Balthasar's theology will convince no one who supports ordaining women.

Gloria Purvis, host of "The Gloria Purvis Podcast," asked about racism in the American church: "What would you say now to Black Catholics in the United States who experienced racism and at the same time experience a deafness within the church for calls for racial justice?"

The pope seemed unprepared for the question. He responded with sympathy and pointed out that "the church has bishops of African American descent."

The pope rambled for a bit but finally said what needed to be said. Black Catholics "should resist and not walk away," he said. "Racism is an intolerable sin against God. The church, the pastors and laypeople must continue fighting to eradicate it and for a more just world."

The pope needs a better way to talk about bishops' conferences. True, Jesus did not create them, but neither did he create lots of other things in the church, including ecumenical councils and the Vatican.

Weber asked about the American bishops, but the pope wisely avoided getting into a public spat with the conference. However, he surprisingly threw the construct of bishops' conferences itself under the bus. "Jesus did not create bishops' conferences," said the pope. "Jesus created bishops, and each bishop is pastor of his people."

American progressives with short memories might applaud this putdown, but they should remember how Joseph Ratzinger, who became Pope Benedict XVI, downplayed the theological role of episcopal conferences during the golden age of the U.S. conference, when it was writing pastoral letters on peace and the economy. The Vatican has always feared episcopal conferences because it is harder to deal with bishops as a group than individually.

The pope needs a better way to talk about bishops' conferences. True, Jesus did not create them, but neither did he create lots of other things in the church, including ecumenical councils and the Vatican.

Everyone knows I love the pope and I will defend him to my dying day. The first interview he did as pope, also published in America, was a masterpiece in communication and evangelization.

His recent interview comes across as a first draft in need of editing. Perhaps it is the old editor in me that wants to make the text better. But in editing, there is always the danger of smothering the voice of the author.

It is probably better to let Francis be Francis. That does not mean that I will like everything he says or the way he says it, but I will continue to like him and be attentive to every word he says.