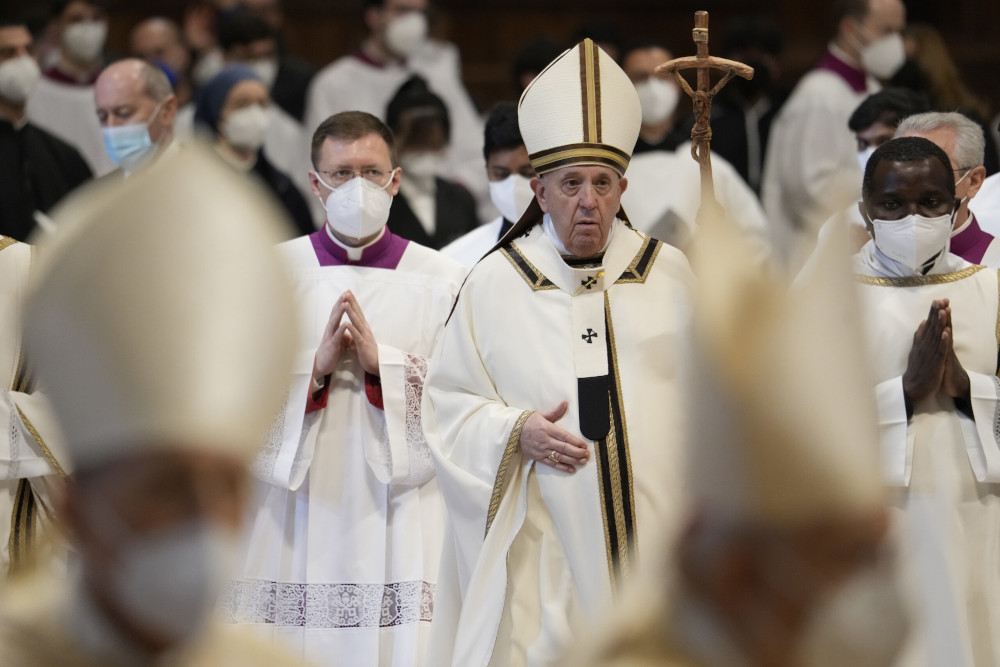 Pope Francis walks with his pastoral staff among cardinals and prelates at the end of an Epiphany Mass in St. Peter's Basilica at the Vatican, Jan. 6, 2022. (AP Photo/Gregorio Borgia)

This year, Ukraine broke with Orthodox tradition and decided to celebrate Christmas on Dec. 25, rather than on Jan. 7, the date for Christmas under the Julian calendar. This represents both a rejection of Russian tradition and a turning toward the West by the Ukrainian people.

Now that we are on the same page for Christmas, it is time to take a look at the feast of the Epiphany, which means different things to different Christians but has much more importance in the East than in the West.

The word "epiphany" comes from the Greek and means an appearance or manifestation. It was especially used in classical literature to describe the appearance of a god, a theophany. In the New Testament, it is used to refer to the birth of Jesus, his resurrection and, most frequently, to his second coming.

In the West, the Epiphany principally celebrates the visit of the Magi to the child Jesus. We like to extend the Christmas season as long as we can. We also like to keep things in chronological order.

This year Catholics will celebrate the feast of the Epiphany on Sunday, Jan. 8, with the Gospel reading about the Magi from Matthew 2:1-12. Thus, in the West, the epiphany or manifestation of the divine is to the Magi.

The Orthodox celebrate Epiphany on Jan. 19. In Eastern Orthodoxy, the Epiphany celebrates the baptism of Jesus in the Jordan where in Mark's Gospel, a voice from the heavens announces, "You are my beloved Son; with you I am well pleased." Thus, the epiphany or manifestation is to all who hear God's words.

Catholics will celebrate the baptism of the Lord on the day after the Epiphany with the baptismal account from Matthew. The following Sunday, Jan. 15, we will hear from John's account of the baptism.

Some liturgical scholars see the Epiphany as also pointing to the second coming of Christ. While Christmas may celebrate the birth of Jesus in the past, the feast of the Epiphany looks to his coming in the future.

Christian views of the second coming can be divided into optimistic and pessimistic perspectives.

The optimists believe Christians, following the teachings and example of Christ, will work to make the world more just, more peaceful and more loving until the world is ready to welcome his return. Infused with the Spirit, we will transform the world.

The pessimists believe we will so screw up the world that Christ will have to come to save us. Because of our inclination toward selfishness and sin, we will use science and technology to pollute and destroy our world.

As a Catholic, I don't think we are predestined toward either end. We have a choice. 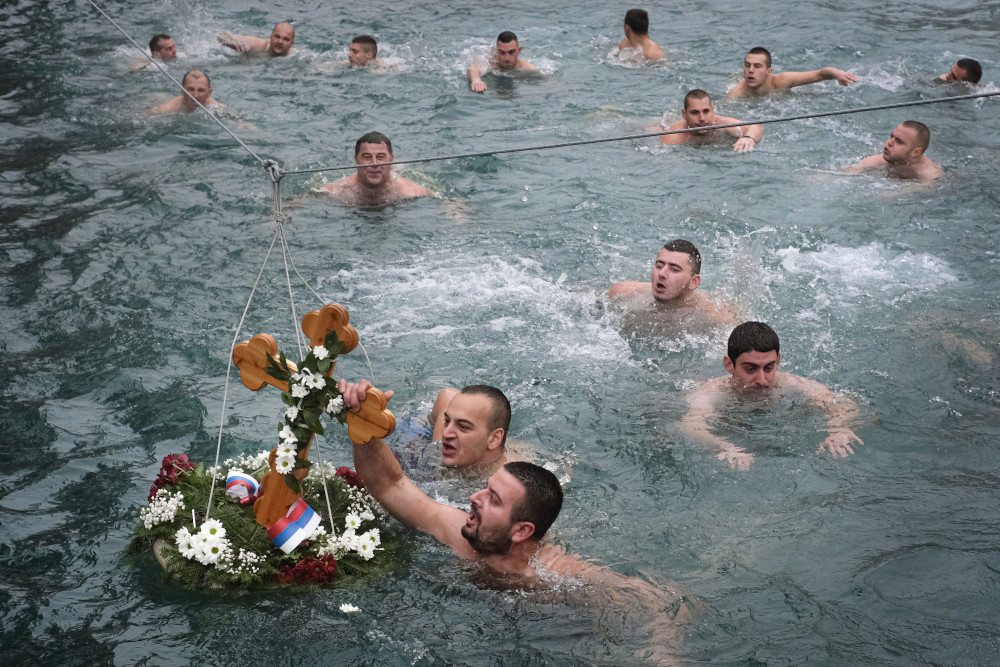 Men swim in the icy waters of the Drina River in Visegrad, Bosnia, Jan. 19, 2020, competing to reach a wooden cross. Serbian Orthodox Church followers plunged into icy rivers and ponds across the country to mark the upcoming Epiphany, cleansing themselves with water deemed holy for the day. (AP Photo)

When I was young in the 1950s and '60s, I thought we had a good chance of blowing ourselves up with nuclear weapons. Then I became less pessimistic and thought history was moving toward a better future. I did my part trying to improve the world, trying to follow the teachings and example of Jesus, and spread his message.

Now, with global warming, I am close to despair. Most of the world wants to ignore the threat of climate disaster. Few in the developed world want to make the sacrifices necessary to turn things around. The fossil industry is spending billions to delay change. Politicians are afraid to ask voters to sacrifice.

As U.N. Secretary-General Antonio Guterres said at the COP27 climate change summit, "We are on a highway to climate hell with our foot still on the accelerator."

If the feast of the Epiphany asks us to reflect on the second coming of Christ, then we need to reflect on our roles in preparing for his coming. Will we prepare a welcoming world, or will we make the world uninhabitable?

Now that we know intelligent life is possible in other parts of the universe, let alone the multiverse, we might need the humility to see ourselves as one of God's experiments that may or may not succeed. Perhaps somewhere in the universe his message received a warmer welcome.

If we destroy ourselves, if we reject the teachings and example of Jesus, then he may have to look elsewhere for a species that is wiser and more loving.

God has given us a chance. In Christ, he has shown us the way. If we ignore the gifts he has given us, that is on us.