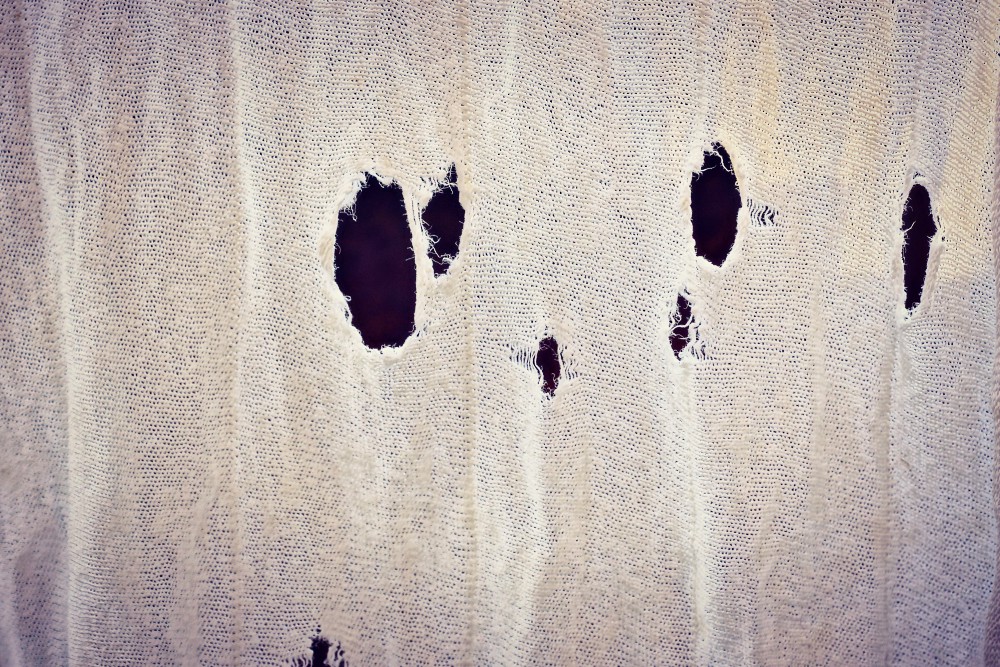 Twenty years after he entered a Trappist monastery, Thomas Merton was reflecting on the failures of his past, and in doing so, helping the rest of us reflect on the failures in our past. He wrote in his journal: "It does not seem that I have willfully sinned, i.e., with my eyes wide open, in a serious matter. But there have been repeated failures, failures without number, like holes appearing everywhere in a worn-out garment. Nothing has been effectively patched. The moths have eaten me, while I was confusedly intent on what seemed to me to be good, or important — or necessary for survival."

It is not my intent to minimize Merton's sins and failures before his conversion and call to monastic life. But I am comfortable in stating that my sins and failures are the one area where I have exceeded him. In his analogy about the moths, Merton could have been writing about me.

In my first marriage, there were sins of commission, and worse — sins of omission, of negligence, of passivity, of failure to act, failure as a husband, failure to notice my daughter LeAnn's depression early on, failure to make my son Ed feel safe and loved as a young child, and especially later as he was struggling with his sexual identity. There were "repeated failures" where I discovered too late that "nothing had been effectively patched" because I was "confusedly intent on what seemed to me to be good or important or necessary for survival." The moths had devoured me and I didn't even know it happened.

Years later, I would experience further, greater failure — my failure to prevent my oldest son, John, a police officer, from taking his life in 2008. And in 2016, I was helpless to stop my daughter LeAnn from ending her life after battling with mental and physical illness.

In Falling Upward, Franciscan Fr. Richard Rohr writes, "Life, if we are honest about it, is made up of many failings and fallings, amidst all of our hopeful growing and achieving." He goes on: "We grow spiritually much more by doing it wrong than by doing it right." His point is that our failings can be a foundation for our ongoing spiritual growth.

In his earlier book Immortal Diamond, Rohr writes, "Grace is what God does to keep all things he has made in love and alive — forever. ... Grace is not something God gives; grace is who God is. ... Grace is found at the depths and in the death of everything."

I am in my late 70s, but it has only been recently that without completely understanding it, I have begun to experience grace arising from the worst kind of pain, from the depths of pain, and in the death of two of my children.

Some years after John died, I wrote Cops, Cons and Grace: A Father's Journey Through His Son's Suicide. I wrote the book to honor my son, and to help other cops avoid what happened to John, and to begin to explore the relationship between pain and grace. I'm still exploring that mysterious terrain, that symbiotic connection, but for most of my life, I was clueless about such a connection.

It has taken me a while, but I have found, especially after losing two children to suicide, that to directly face the pain, horror and grief that arises from such losses is the only way to survive, the only way to honor lost loved ones, the only way to meet our responsibilities to our existing loved ones in this life. In Healing Through the Dark Emotions, Miriam Greenspan makes a powerful argument for aggressively confronting our suffering as the most effective and healthy way to grieve and to heal.

As a potential husband, I was the poster boy for lack of self-awareness. After eight years in the seminary and six months on active duty in the Marine Corps Reserve, I met Karen and drifted into marriage and fatherhood with no idea of what I was doing, but with unfounded optimism and a firm sense that I was in control of everything.

Periodically, the reality of our flawed marriage would begin to creep into our consciousness. But we stayed together for 30 years, ultimately neither of us happy, me convinced that if I just planned enough for the future, everything would get better, and Karen pretty sure that it would not get better.

Eventually, she realized she was right and that was the end of our marriage. I realize now that I drove Karen crazy with my blind optimism, my incessant future planning, my lofty expectations, my passivity and my limitless denial, and she, not intentionally, had been slowly chipping away my spirit with her depression and distance.

I have a framed photo of my three children from my first marriage. John is 4, Ed 3, and LeAnn is a year and a half. The picture is black and white, but I remember that LeAnn wore a pink dress that day. The boys are wearing long-sleeved, striped T-shirts, the kind they wouldn't be caught dead wearing a few years later. None of them are looking directly at the camera. They are all blond; they are all smiling, innocent. They all look as if they're feeling loved and safe.

There's a picture taken when Ed was 3 and John was 4. He and John had just created a tower of large hardwood blocks. The tower is as tall as they are. John is standing on one side with his arms folded and a broad smile of accomplishment on his face. Ed is standing on the other side of the tower with his arms folded just like his big brother's. He has a smile of satisfaction on his face, but his eyes reveal a hint of awareness that the entire structure could come crashing down at any minute.

There's a color photo that Karen took when we were in the Peace Corps in Gambia. I'm sitting with the kids on a rock above the beach near our house. We're all wearing our flip-flops. John is wearing long pants, but the rest of us are wearing cut-offs. Ed is on my right, LeAnn is in my lap and John is on my left. This time, they're looking directly at the camera, blonder than ever, smiling, innocent, still feeling loved, still feeling safe.

I have learned that grace in my life does not make the pain go away. Some days it is impossible not to regret the past.

There is a picture of the kids and me taken by a tourist at Glacier Point in Yosemite in the summer of 1981. We're in shorts and T-shirts. John is on my right, LeAnn is in the center, and Ed is on my left. Half Dome is in the distant background. John is 15, Ed 14, and LeAnn 12. John is not smiling, not because he is unhappy but because he's a teenager, and he definitely knows he has to be cool. LeAnn's shoulders are slumped but she is smiling. Ed is partially sitting on the railing, looking slightly beyond the camera, not smiling, not frowning, almost looking like he was forming a question in his head, and quite possibly, by this time, not feeling loved, not feeling safe.

There is the grace of close, supportive friends who understand the difference between empathy and sympathy. There is the grace of my work doing suicide prevention training for police officers and in a unique, intense and unexpected way, there is overwhelming grace in my prison ministry work, and an undeniable sense of God's presence every Sunday morning and Tuesday evening when I'm with a bunch of lifers in the San Quentin chapel.

But I have learned that grace in my life does not make the pain go away. And the pain can lead to feelings of failure and guilt and regret. My counselor periodically reminds me that if I give in to the guilt, then my love can't flow. And my Jesuit spiritual director reminds me that guilt is the final, futile, stupid effort to retain control. But some days it is impossible not to regret the past.

None of the above readings and reflections are a guarantee that Merton's moths will not revisit me, and nothing — not even God's grace — can erase my past and the loss of two of my children.

But it seems I have become a little better in spotting and appreciating manifestations of God's grace: a well-timed, loving and insightful challenge from Donna; a smile from my 4-year-old great-granddaughter that lights up the room; a cop who comes up to me and thanks me for the suicide prevention training I did and makes me feel close to John; an inmate in our Tuesday night San Quentin spirituality group who has been down 30 years and who suddenly has figured out that God loves him and has forgiven him and he needs to forgive himself. And while he may not realize it, his grace-filled "aha" moment is a reminder to me that God has forgiven me and I need to forgive myself.

As I write this, I'm asking myself: If I had not lost two children would not these graces still exist? I think the issue is not the existence of these graces, but whether at a time in my life where I thought I was in control, brimming with self-sufficiency, would I have recognized these incidents as gifts from God, gifts of God?

I don't think so. I would have seen them as my due, as confirmation of my optimism and sense of control — my perspective before my brokenness, before I acknowledged my failings and fallings — before I began to understand how God really works in our lives.

[Brian Cahill is the retired executive director of San Francisco Catholic Charities and the author of Cops, Cons and Grace: A Father's Journey Through His Son's Suicide.]