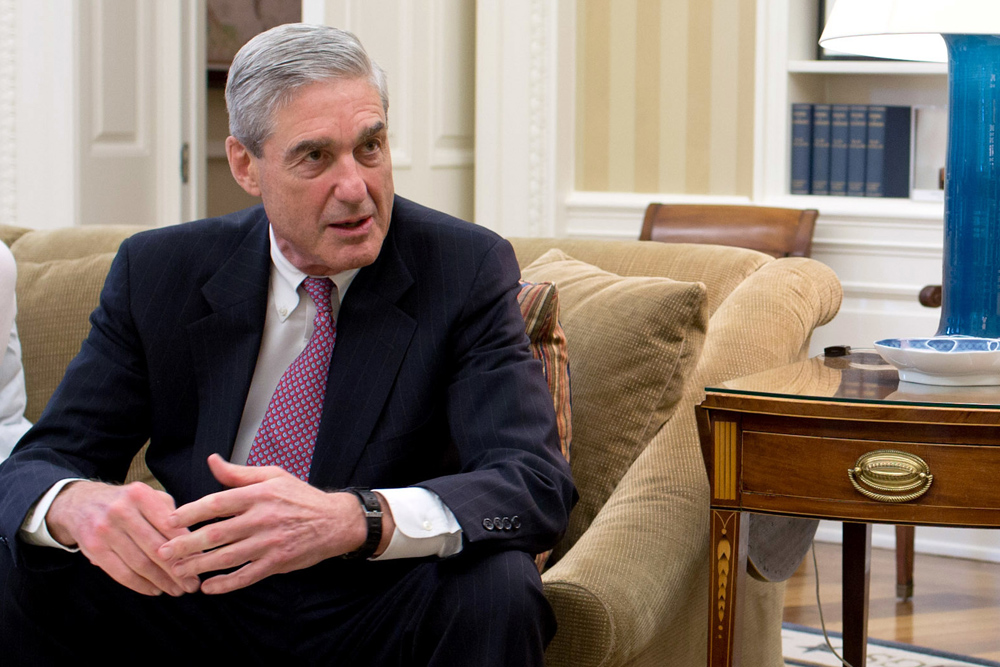 At the close of his powerful anti-gaslighting statement Wednesday in Washington, special counsel Robert Mueller emphasized one thing that "deserves the attention of every American": Russian intervention in the 2016 election. In the face of deliberate efforts to sow confusion, it's essential to specify the injustice associated with that intervention — and with the Trump campaign's eager embrace of the Russian efforts.

The Mueller report found that there was insufficient evidence to establish a "broader conspiracy" between the Trump campaign and the intervention spearheaded by the Russian government. The judgment of the report was legal, not ethical. Reading the report leaves the distinct sense that the unprecedented nature of the entanglement between an American presidential candidate and a hostile foreign power outstripped the constraints imagined thus far in current law.

As a matter of law, the Mueller report determined that it was permissible for the Trump campaign to develop communication plans to benefit from the Wikileaks release of knowingly stolen emails; to provide polling data to the Russians; to meet with Russian government figures in the hope of getting dirt on Hillary Clinton; to call on Russians to hack Hillary Clinton's email; and never to have reported any questionable interaction with a Russian figure to federal law enforcement. All of this may have been legal. But was it ethical?

In short, no. Two key categories illuminate the ethical problems with the Trump campaign's interaction with the Russians: civic friendship and political self-determination.

We live in hyperpartisan times. In light of such partisanship, it may sound quaint to recall the importance Aristotle put on friendship in the political community. Aristotle didn't mean that we all had to be besties. But he did think that such friendship was essential and should be based on shared values and a shared moral purpose. American philosopher John Rawls added to this when he said civic friendship should be founded on a shared sense of justice in terms of common procedures, practices and reasons.

The Trump campaign's interaction with the Russian government failed both Aristotle's and Rawls' tests of civic friendship. On one hand, the campaign's avid desire to benefit from the theft of property of fellow Americans by a foreign government deeply undermined a shared sense of values like the injustice of taking what belongs to someone else and making use of such ill-gotten gains. On the other hand, the Trump campaign's reliance on such theft radically departed from a shared sense of justice about acceptable common election procedures. The campaign's interaction with the Russians had the air of something to "get away with," not of something that any campaign would do if they just had a chance. Imagine the outcry if the Clinton campaign had as happily made use of Republican Party emails stolen by the Iranian government.

But speaking of civic friendship keeps the ethical focus on internal American matters. We also need ethical categories that capture the domestic and international nature of what happened. And here it's important to consider two closely related concerns: the right to self-determination and the ethics of war. In the language of international law and the ethics of war, aggression or unjust war is understood to occur when the territorial integrity or political sovereignty of a political community is violated. Former Vice President Dick Cheney said the Russian election interference could be considered an "act of war" (many others also troubled by the interference did not agree with that characterization but Cheney was not outlandish for using the term).

Indeed, the logic of the interference itself can be traced to the heightened emphasis in the last years on information warfare in Russian military doctrine: In place of tanks or missiles, the Russians chose to use cyber tactics like hacking and social media manipulation to interfere in the election. In the parlance of the ethics of war, their actions are best understood as what is called a "gray zone conflict": An "activity that is coercive and aggressive in nature, but that is deliberately designed to remain below the threshold of conventional military conflict and open interstate war," as political scientist Hal Brands put it.

Here, I think, it's important to pause to consider the twin triggers of aggression: territorial integrity and political sovereignty. On one hand, the Russian election interference did not involve an overt crossing of a territorial boundary of the United States. The absence of such an overt crossing may suggest the diminished ethical significance of the intervention: How serious a wrong can it be if it only involved cyberspace? On the other hand, what the Mueller report called the "sweeping and systematic" Russian interference struck at the ethical core of the political sovereignty of this country.

Sovereignty is a complex term but can helpfully be understood as the capacity of each state and its citizenry to determine its political character within the constraints of fundamental human rights and without the interference of foreign powers. Democracy is nothing if not an exercise of political self-determination in the key of self-government — an exercise by each citizen and an exercise by the entire political community. And there are few events in a democracy more pertinent to such self-determination than the election of a chief executive like the president of the United States. The Russian government's interference in the election violated the right to self-determination of the American people. The Trump campaign's eager embrace of that interference made the campaign both indifferent to and complicit in this profound political injustice.

Many American nationalists praise Putin's autocracy and Russian nationalism. Trump also appears to favor Putin's version of a "strongman" leader. But whether as a matter of conviction, admiration, or a distorted desire for "winning," the Trump campaign's eager embrace of Russian election interference violated basic standards of justice, disregarded the American people's right to self-determination, and exposed the safety of the American people to the cynical whims of a hostile foreign power. No matter the effort now underway to gaslight the ethical nature of what happened, it is essential to specify and state these wrongs.

[David E. DeCosse is on the staff of the Markkula Center for Applied Ethics at Santa Clara University, where he teaches a class called the Ethics of War and Peace.]