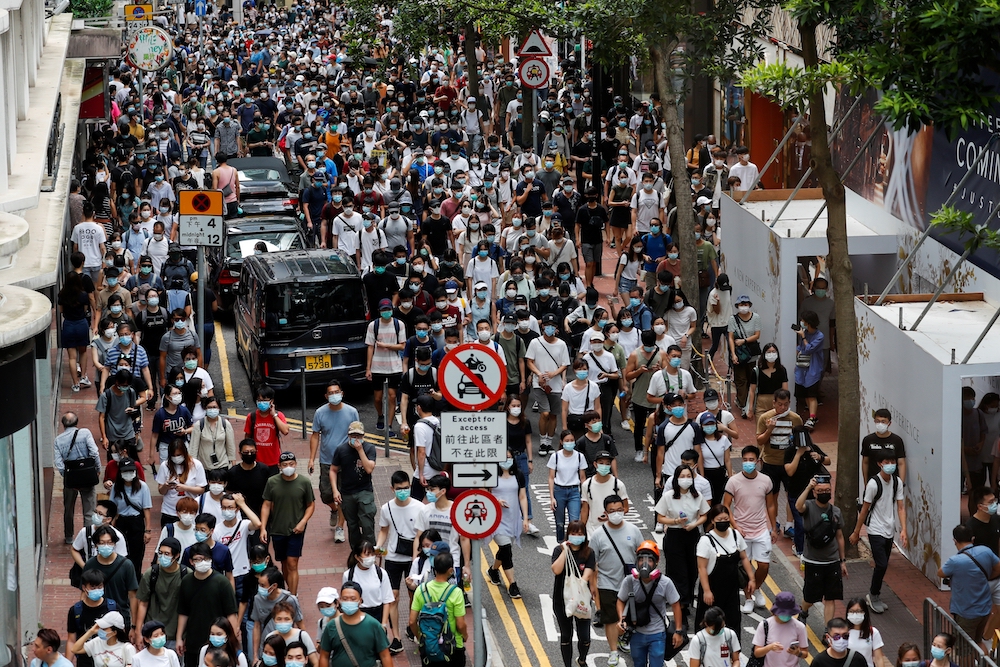 Vatican Secretary of State Cardinal Pietro Parolin confirmed Sept. 14 that it is the intention of the Holy See to renew its two-year agreement with the Chinese government over the appointment of Catholic bishops in the communist country.

Parolin was speaking to journalists at the margins of a commemorative event for the late Cardinal Achille Silvestrini, an architect of the Vatican's strategy during the later Cold War-era of Ostpolitik, or engaging in dialogue with Eastern European communist authorities.

The Vatican-China agreement of September 2018 is the most important diplomatic success of Pope Francis' pontificate and of Parolin's tenure as secretary of state. The bilateral talks for its renewal are underway; their repercussions and the interest they spark are much higher than from other secret diplomatic talks involving the Holy See, given the danger of a new kind of cold war between China and the United States.

And, of course, in certain parts of the U.S. church, the prospect of the renewal of the agreement has caused consternation among proponents of a U.S.-centered worldview and a U.S.-centered Catholicism.

Among the most prominent critics is George Weigel, who wrote an Aug. 31 op-ed for The Washington Post — just the latest in a series of his articles in the last few years against the Holy See's opening to China. This article is important, in its own way, because it shows the faulty historical and theological assumptions guiding Weigel.

The first faulty assumption is that the historical precedent for the Vatican-China agreement, the Ostpolitik, was a failure. Weigel writes: "The failed Vatican Ostpolitik in Central and Eastern Europe during the 1960s and 1970s succeeded only in disabling and demoralizing local Catholic communities, while the Vatican itself was deeply penetrated by communist intelligence services."

This is a regularly recurring theme for Weigel, and it has become common in conservative leaning Catholic intellectual circles in the U.S. and recently also in Eastern Europe — part of the rejection of the post-Cold War world now being favored by anti-liberals in that part of the continent. (This was described recently by Anne Applebaum in her book Twilight of Democracy: The Seductive Lure of Authoritarianism.) 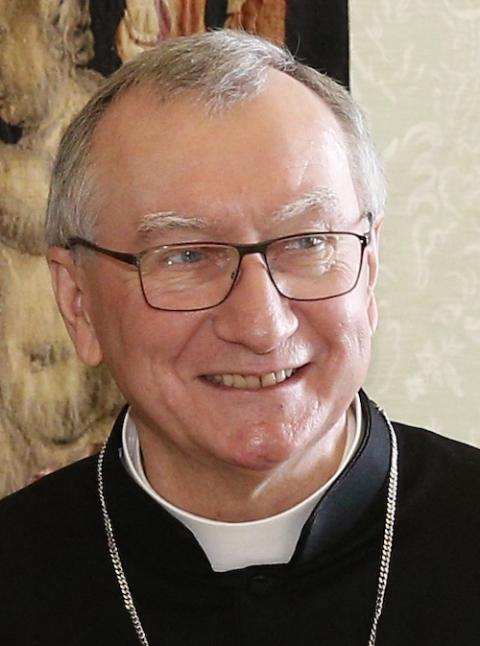 What Weigel's ideological interpretation of recent church history fails to recognize are the successes of the Ostpolitik. For example, communist authorities giving permission for Polish cardinals to participate at the two conclaves of 1978, with the second electing Polish Cardinal Karol Wojtyla as John Paul II.

The Helsinki Accords of 1975 were another major achievement of the Vatican Ostpolitik. They helped to provide a solid basis of legitimacy for the diplomatic service of the Holy See, which had been sometimes perceived as something leftover from the time of the Papal States.

Principle VII of the Helsinki Accords affirms the "respect for human rights and fundamental freedoms, including freedom of thought, conscience, religion or belief" and states that "the participating States recognize the universal meaning of human rights and fundamental freedoms, respect for which is an essential factor of the peace, justice and well-being."

The accords proved useful to protect forms of dissent in Eastern Europe, and they laid the foundations for the consequential diplomatic activity of John Paul II's pontificate: a major boon of that Vatican Ostpolitik which Weigel considers a failure.

The second faulty assumption is that Francis and Parolin's policy towards China can be compared with other diplomatic openings by the Vatican towards communist countries in the 20th century. There are a series of distinctions that need to be made here.

The contemporary Chinese regime is more about hegemony in the world than about communism: it's more about an idea of China reemerging as its former dynastic, imperial self (as it was centuries before the birth of Christ) than about Chairman Mao.

The goal of Ostpolitik was the survival of the Catholic Church in Europe, the historical cradle of Christianity, while the Vatican-China agreement takes place in a new global scenario where Christianity is in most countries a minority in a world of religious, cultural and political differences.

It's not about Europe and the Western hemisphere, but the global Catholic Church in the global world. In this sense, Wojtyla's post-World War II Poland is a totally misleading comparison. A more apt comparison is, for example, the position of the Catholic Church in India or Indonesia today or, even better, in China in the 17th and 18th centuries.

It is interesting to draw a parallel between religion and the economy. As Italian China expert Francesco Sisci wrote recently in Asia Times: "The previous Cold War was easy. The issue was business or no business: the West and its front were pro-business. The USSR and its allies believed business was the mother of all evils. Politics followed. […] The present Cold War is subtler, and it's not about business or no business. It's about what kind of business with what politics."

The same can be said for religion. Xi Jinping's China is not about the official atheistic ideology of post-WWII Eastern European communist regimes. In Xi's China today, religion can thrive, but only as long as it doesn't challenge politics and helps politics.

The third faulty assumption concerns what we mean by the Vatican and the papacy. Weigel wrote that "the only power the Vatican has in 21st-century global politics is the moral authority that comes with the forthright defense of human rights for all."

This is only partially true. This month Catholics mark the 150th anniversary of that dramatic September 1870: the declaration of papal primacy and infallibility at Vatican Council I, the taking of Rome by the Italians and the collapse of the Papal States, and the eventual interruption of the council.

One of the hard lessons learned by the Holy See since 1870 is that papal diplomacy has to rely on the exercise of papal moral authority more than on the usual tangible instruments of state power. 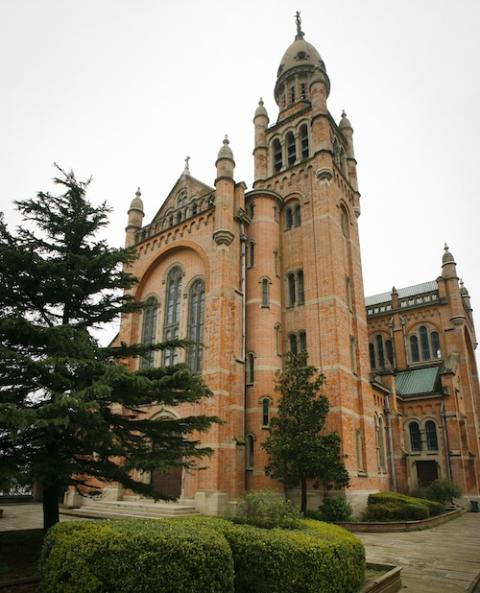 The Minor Basilica of Our Lady of Sheshan, or Our Lady, Help of Christians in Shanghai, China (CNS/Nancy Wiechec)

On the other hand, the uncharted territory of the current disruption of the international order and the consequences this disruption causes on the landscape of global religions today makes more visible the uniqueness of the Holy See in dealing with international issues.

In other words, the moral authority of the papacy is different from other churches also because some instruments of state power are a key aspect of the activity of the Holy See. (Think of the Holy See's diplomatic missions in almost every country in the world, the diplomatic missions accredited to the Holy See, its status as a permanent observer at the U.N., and its signature of the Treaty on the Prohibition of Nuclear Weapons.)

As China expert Michel Chambon wrote in February 2018, before the Vatican-China agreement was announced: "when journalists and other activists frame this encounter [between the Vatican and China] as an issue about morality only, they indeed belittle the legal aspect of such dialogue. More or less consciously, they insidiously deny rights to the Holy See, and therefore to the Holy Father himself, to stand as a sovereign entity. In their eyes, the pope should only be a moral leader telling the world what 'the good' is about. This approach is highly problematic, and those who are Catholic should carefully question it."

For a brief period of time in 2014 I taught in Hong Kong, where I still have friends. It is distressing to see what is happening and could happen to that city and the church there, as well as to know what is happening to ethnic and religious minorities in other parts of China.

But as I wrote in the Chinese newspaper Global Times in February 2018, what must be considered is the long-term historical framework of the international activity of the Holy See and the pastoral goal of its diplomatic activity.

Being a Catholic Church in the global world today means difficult choices. What the Holy See and the papacy can do is limited, and acting responsibly means that there are no easy or simple solutions.

[Massimo Faggioli is professor of theology and religious studies at Villanova University. His most recent book is The Liminal Papacy of Pope Francis: Moving toward Global Catholicity (Orbis). Follow him on Twitter: @MassimoFaggioli.]

Read this next: After 2018 Vatican-China agreement, two bishops ordained in China