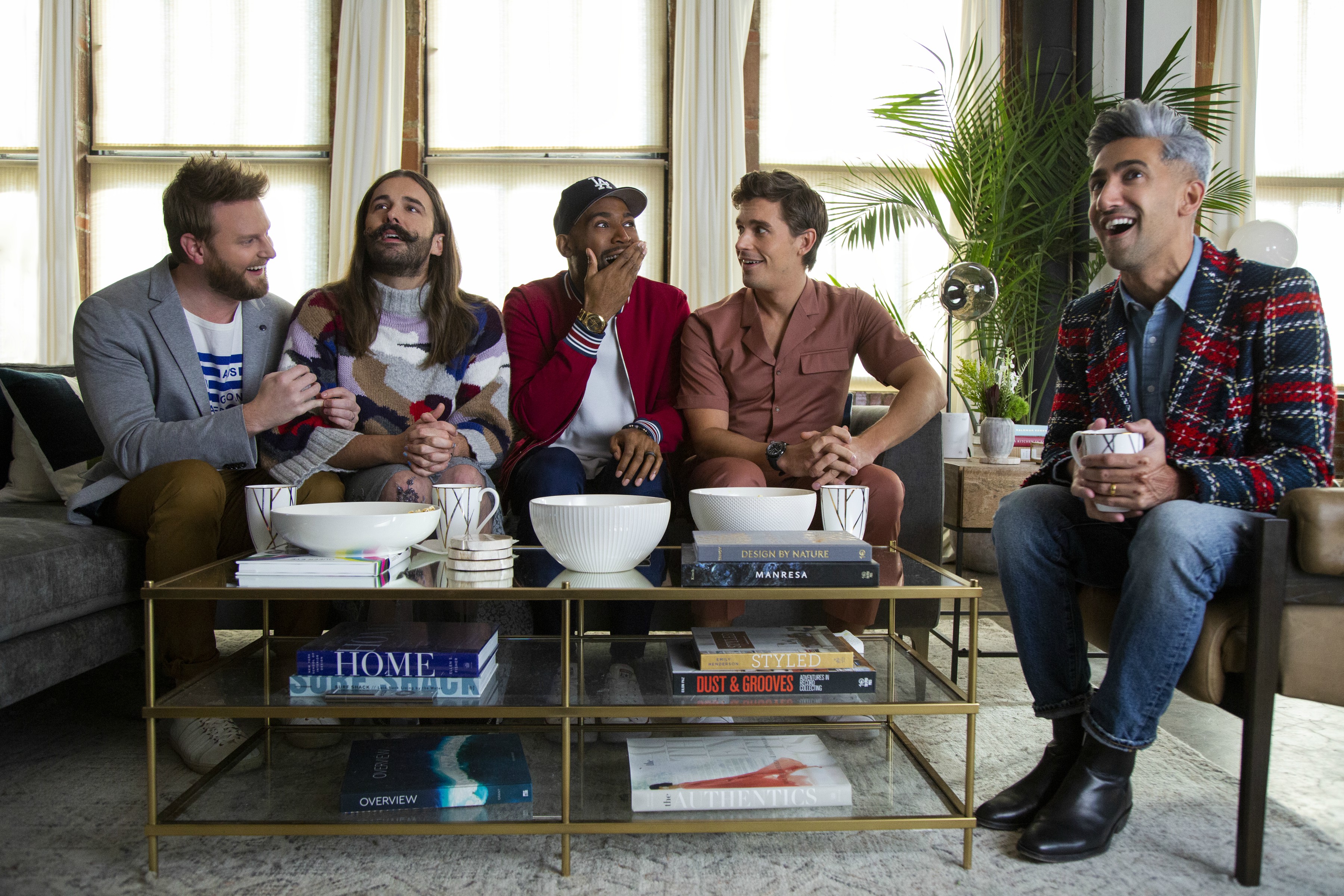 When the U.S. bishops met this past June, Bishop Robert Barron, auxiliary of Los Angeles, drew some heavy pushback when he lifted up Canadian psychologist and social media personality Jordan Peterson as a model of how the church could be engaging with the culture, especially the religiously unaffiliated "nones." Arguably, the pushback might have been worse had more bishops even heard of Peterson and his noxious broth of hyper-masculinity, anti-PC spite and cringeworthy flirtations with Christianity. But the real missed opportunity here was that Bishop Barron did not instead opt for a model of cultural dialogue closer to home, namely, the hit Netflix makeover show "Queer Eye," which premiered its fourth season on July 19.

While still probably an unknown quantity to most bishops, "Queer Eye" at least evinces a joy and a love for marginalized people as each episode finds the "Fab Five" — a makeover team of five gay men — coming into the life of a particularly stuck person and, over the course of a week, fostering transformation across the board in each team member's areas of expertise — Karamo (culture), Jonathan (grooming), Antoni (food), Tan (fashion) and Bobby (design). Since arriving on Netflix in early 2018, the show — a reboot of an early 2000s series "Queer Eye for the Straight Guy" — has garnered a reputation for its intense human warmth and cathartic tears, both onscreen and in the homes of its viewers. Others in religious media have called the work done on the show ministry as much as makeover. But that's underselling the dynamics unfolding before our eyes.

The real reason "Queer Eye" deserves to be lifted up, and unironically so, as a model for the church's cultural engagement is that it's probably the strongest and most vivid representation currently on display in popular culture of how grace works. The arc of each episode offers a helpful illustration:

For a Catholic who's being honest, watching the Fab Five descend into an individual's unique mess and dysfunction has an unmistakable Pope Francis feel to it. The words of Evangelii Gaudium ring throughout, that "Jesus wants us to touch human misery, to touch the suffering flesh of others" and "enter into the reality of other people's lives and know the power of tenderness. Whenever we do so, our lives become wonderfully complicated and we experience intensely what it is to be a people, to be part of a people." (270) For "Queer Eye," this could be the series synopsis. 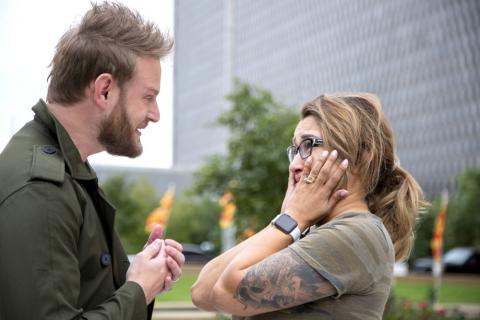 Bobby Berk and Deanna Munoz in a scene from episode six of this season's "Queer Eye." (Netflix/Christopher Smith)

But for those not inclined to listen to this pope, another reason why this show offers the long-resisted model for engagement is that it deals so often with an issue that is adjacent, if not central to the rise of the "nones" — wider cultural acceptance of the LGBTQ+ community and rejection of the traditional sexual ethics of the Catholic Church and other religious groups. In the face of this, one detail not in dispute is that the church spent a critical first decade of the millennium not engaged in a Pope Francis-Queer Eye posture of "Who am I to judge?" accompaniment but in an entrenched stewing of "I'll take my Eucharist and go home."

Yes, "Queer Eye" wears on its sleeve a sexual ethic that the Catholic Church has not embraced. But it's worth noting that, as the show does so, it also resists every opportunity to reject or objectify the other. The team dialogues with the devout people they encounter, not calculating in some sort of scorched earth, quasi-intellectual Jiu-Jitsu, but authentically, candidly and charitably making the case for who they are. It's also clear that even the team members carry scars, some of them religious in nature. In a season two episode, in which the group makes over a woman who is very active in her church in the town of Gay, Georgia, we see designer Bobby unable to join the rest of the group that has walked into a church. He lingers just outside the door, uneasy.

The moment speaks to how much is left unaddressed for a would-be culture of encounter.