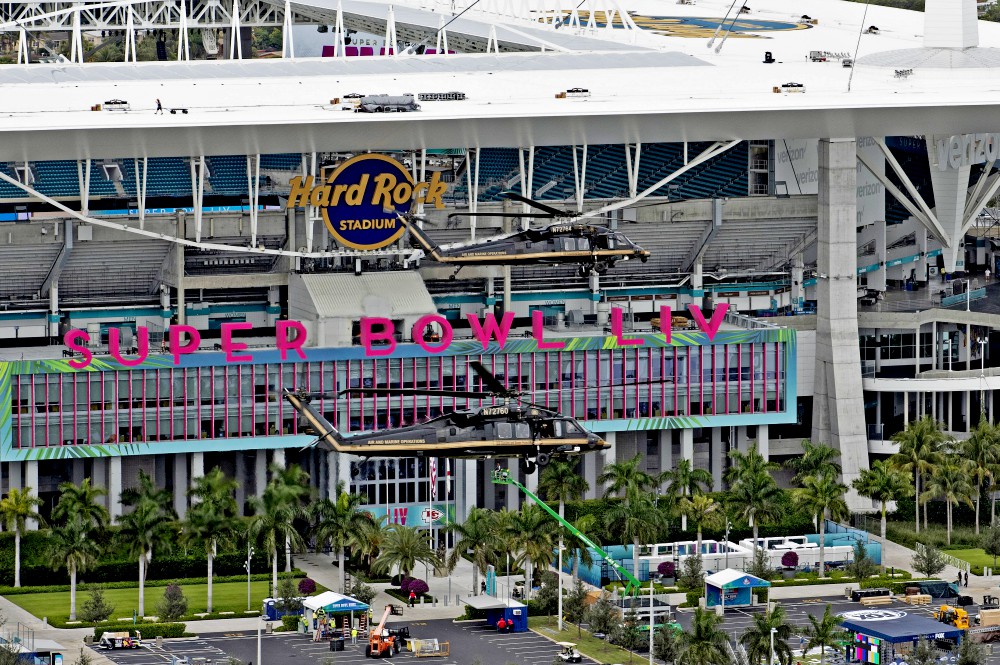 While I am not a football fan, I have watched almost every Super Bowl game for the last 30 years for three reasons: the commercials, the food and the company. I have often enjoyed the halftime shows, too, but the only performances that come to mind immediately are Michael Jackson's in 1993, Gloria Estefan's in 1999, and Bruno Mars' in 2014.

But there I was with two of the other nuns watching the game Sunday night and then the halftime show, when the very talented Shakira on her 43rd birthday, and Jennifer Lopez at age 50, gave incredibly athletic performances. The show opened with a group of elegantly dressed female violinists that showed promise for the show. Shakira certainly sang and danced and danced some more.

Then Jennifer Lopez burst onto the stage recalling her pole-dancing performance in last year's "Hustlers," an intense film that she produced about women strippers who do some unsavory things to make a living.

Some thought the film was about female empowerment, but I thought it was just terribly sad. Sure, I'm a nun, and the film wasn't made for my interests, but I review movies and television through a lens of human dignity and the common good. Everything that is human interests me, especially when it concerns the good of the human person, family, community and society. Thus, all "mainstream" films and programs interest me.

Perhaps one could make a case for "Hustlers" as a based-on-a-true-story of female desperation, but even here good art indicates limits. To me, and others as indicated on social media, the Super Bowl halftime show crossed the line from art to obscenity. At least parents are alerted to a film's mature content with an "R" rating, but the Super Bowl show did not carry such a rating.

On Facebook Monday morning, two of my Latina friends rejoiced that two Latinas headlined with Latin music and dance and that Lopez showcased the Puerto Rican flag. One of them, while loving the Latina factor, lamented the stereotype of the Latina woman as highly sexualized.

Yet another friend posted: "I thought the Super Bowl halftime show was supposed to be family friendly. Pole dancing, almost bare crotch shots, and air humping are NOT family friendly. This is a perfect example of why women are still thought of as sex objects and not taken seriously. If you are going to be a singer, then sing. If you are going to act like a stripper then do it in private. How sad you have to take kids out of the room for a halftime show."

Another friend checked my comments and asked if I was upset last year by Adam Levine's slow striptease when he removed his shirt during the halftime. I don't even remember it, except thinking the show was boring. I don't think the television cameras were as interested in his body as they were in Shakira's and J-Lo's.

All I could think about while watching the halftime show was how much sex trafficking goes on around stadiums where the Super Bowls are hosted and how Sunday night's halftime performance seemed like a hypersexed advertisement playing in our living rooms as a subtext for what what's really happening in America.

Nothing like sensitizing our young girls to become sex objects and our young boys to desire them and associate it all with the uber "Americana" of football, the flag and the military. (Did you see the pregame show?) This isn't about desensitizing; it's about normalizing behaviors and habituating children and ourselves to watching spectacles without questioning the worldview that produces them and in whose real interest they are created and broadcast.

Kudos to the NFL for the public service announcements (and one political ad) about gun control, yes, and police violence against African Americans. Colin Kaepernick's efforts to call our attention to these injustices by taking a knee are finally validated by the very organization that continues to snub him.

But the NFL should go all the way if they want to do something prosocial and make a lasting difference and create a proud legacy. Continue these efforts and make the halftime shows family-friendly and do something about the human trafficking sex trade happening right outside the gates where the games take place. I can't think that parents, the NFL, law enforcement or Congress would be against that.