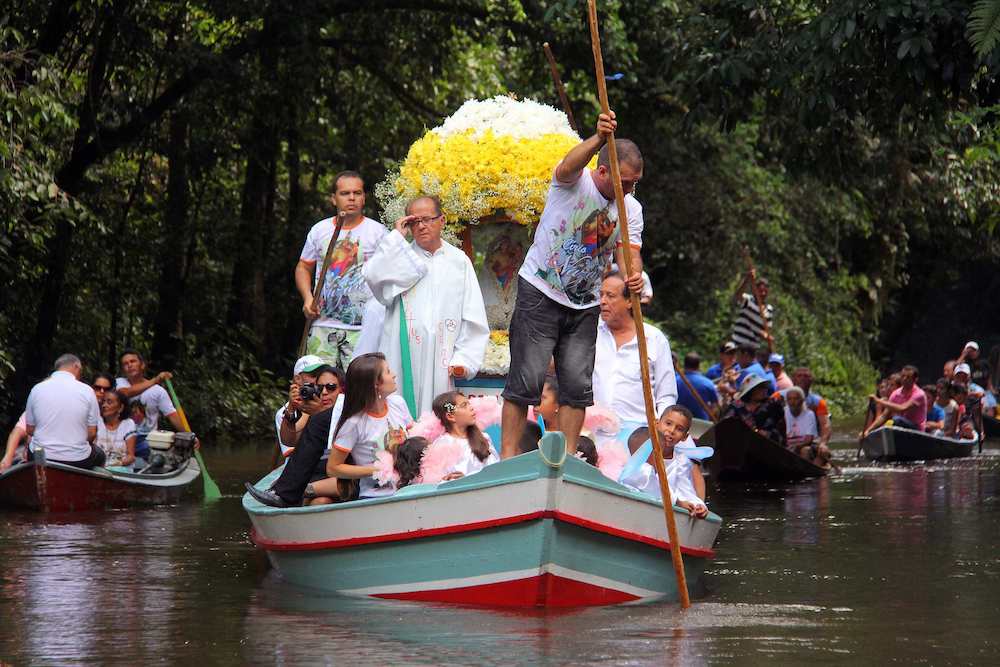 Pilgrims travel in boats as they accompany the statue of Our Lady of Nazareth during an annual river procession and pilgrimage along the Apeu River to a chapel in Macapazinho, Brazil, Aug. 3, 2014. (CNS/Reuters/Ney Marcondes)

The Amazon Synod must be interpreted within its context. We cannot read Pope Francis' new apostolic exhortation Querida Amazonia ("Beloved Amazon") as a text isolated from the entire pre-synodal process, the celebratory events in Rome, and the post-synodal path currently unfolding.

A holistic reading of the Amazon synod, its final document, and the new exhortation makes clear the start of a "new phase" of Francis' pontificate.

This phase will have a fundamental role in Latin America. It will present an immense challenge by which to gauge the capacity of our regional church to respond to the pope's call (made during the synod) to "go beyond the synod" and decide on ecclesiological and ministerial issues that the exhortation — given its strictly pastoral nature — did not explain.

This speaks to Francis' ecclesiological preference for local churches, which breaks with previous ecclesiology that gave primacy to the universal church, understood as the Roman Curia's control over local churches. This entire synodal process has to be read as a move toward a recovery of a localized ecclesiology.

During this entire unfinished synodal process, we nonetheless see the emergence of a clear "new hermeneutic" stemming from the synod's final document and the apostolic exhortation. Francis states that the exhortation does not replace the synod's document, but rather assumes it, and he invites us to "read and apply it" (QA, 2-4). For the first time in the universal magisterium, we see a new dialectic between a regional synod's final document and the papal magisterium that follows.

Now is the time for a new parrhesia in the Latin American church. At paragraph 97, the exhortation invites us to establish a regional ecclesial body "among the local churches of the various South American countries in the Amazon basin." This new ecclesial structure, which will be proposed from Latin America through the regional episcopal conference (known as CELAM), will be key to the creatively envisioned "implementation of the new ministries" and rites.

It falls on the church of Latin America, as it did after the landmark meetings in Medellín, Colombia (1968) and in Aparecida, Brazil (2007), to advance what was approved in the Amazon synod in light of that new creative hermeneutic coming from the final document and the exhortation.

To better understand this new hermeneutic, the pope notes the rich history of councils in Latin America and the councils' influences on his teachings (QA, 61).

He cites Medellín, an iconic conference that paved the way for a new ecclesial model rooted in the option for the poor and that mobilized the universal church in every way. The pope then refers to Santo Domingo, the 1992 conference in the Dominican Republic that put forth the notion of pastoral conversion, which has inspired much of Francis' teaching. The pope continues with Puebla, the 1979 conference in Mexico that proposed an ecclesial model of community of communities and an option for young people. Finally, he refers to Aparecida, which is the ecclesiological base of his 2013 exhortation Evangelii Gaudium, and from where the notion of disciple-missionary church emerged, with its focus on reaching new peripheries and proposing new paths.

The church in Latin America is witnessing a new dawn. Nothing has been "shut," as many may believe, but rather "the journey continues" (QA, 2-4). It is now guided — with great novelty — by the parrhesia and capacity of the local churches. Referring to the synod's final document, Francis says: "God wants the whole Church to be enriched and questioned by that work, and that the pastors, consecrated, and faithful laymen of the Amazon endeavor to apply it."

The most important thing will not be whether the proposal for viri probati (the ordination of married men as priests) is approved. The most important thing is whether the door remains open for local churches to "discern and make the pastoral decision" according to "what the Code of Canon Law already establishes" in relation to this issue, from the request made by a local bishop.

The code provides the procedure by which bishops can discern the needs of the communities and, based on those needs, inquire about the possibility of ordaining married men. The code also orients the diaconate toward communities' sacramental needs. This was clarified during the Synod debates, and I have written about this before.

The exhortation provides an important clue when talking about new ministerial roles for women.

Although the document does not create new ministerial roles, it does offer the criteria that could lead to their creation (QA, 103), especially through the new ecclesial structure that CELAM will help create in South America (QA, 97).

These criteria are: "institutional" forms of "stability," with "public recognition" and with the "bishop's commissioning." This is all meant to influence "the organization and decisions of the communities" within a local church ecclesiology. This is now in the hands of local bishops and the Latin American regional church, whose task it is now to take a prophetic and creative step in this regard.

The exhortation, however, contains setbacks, especially as it relates to the figure of the priest. 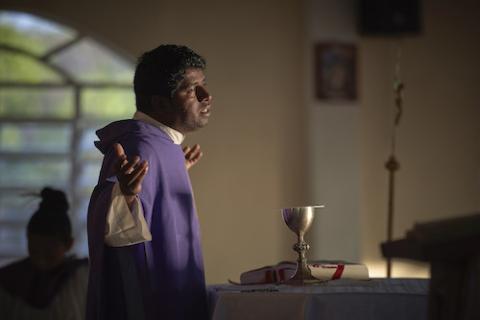 For example, the Second Vatican Council's decree on priestly life, Presbyterorum Ordinis, indicates, clearly and in a missionary vein, that "priests, as cooperators of bishops, have as their main obligation to announce to all the Gospel of Christ, to constitute and increase the People of God, fulfilling the Lord's mandate: Go all over the world and preach the Gospel to every creature."

What gives primacy to the presbyter's ministry, according to the Council, is "primum habent officium Evangelium Dei omnibus evangelizandi" (PO, 4) — that is, that its identity is "primarily" in the "Word."

The exhortation, however, uses the word priesthood rather than presbyter and describes its identity as "hierarchical priesthood," which "spills grace" and whose "great power" lies in the "sacraments of the Eucharist and forgiveness." This is what, according to the exhortation, gives the priesthood its quasi-ontological "exclusive identity" instead of, as established by the council, the Word, the announcement of the Gospel (PO, 4).

Although speakers at the Vatican's Feb. 12 press conference presenting Francis' exhortation wanted to impose a limited interpretation of the conciliar text, Querida Amazonia must be read from the new hermeneutic (of a local ecclesiology) and in the light of the new dawn in the Latin American Church.

[Rafael Luciani is a professor of theology at the Jesuit-run Universidad Católica Andrés Bello in Venezuela and an associate professor at Boston College's School of Theology and Ministry. He serves as a theological expert for the regional Latin American bishops' conference (CELAM) and the Latin American Conference of Women and Men Religious (CLAR) and was an advisor to the Pan-Amazonian Ecclesial Network (REPAM) during the 2019 synod. His text was translated from the original in Spanish for NCR by Cesar (CJ) Baldelomar, a student in theology and education at Boston College.]