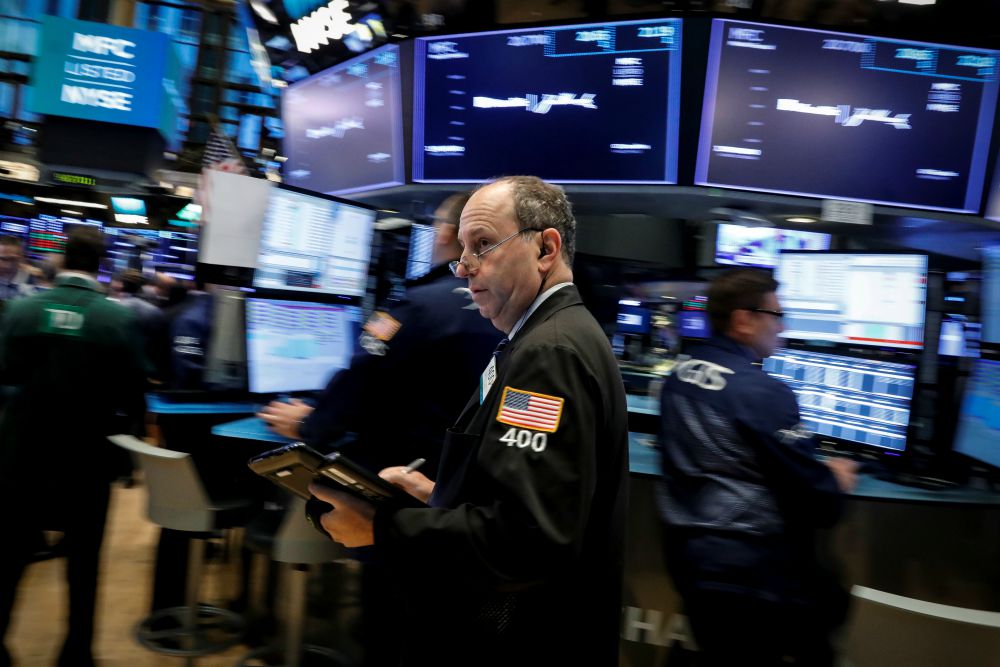 Traders work on the floor of the New York Stock Exchange in New York City in this October 2017 file photo. (CNS/Reuters/Brendan McDermid)

The "order" of our postmodern milieu is defined by markets. Once markets were mere economic exchanges. Now market-like forces shape our tastes, our values, our morals and, as President Donald Trump reminds us each day with his morning tweets, even our truths. Yet, much as fish might not perceive the very waters in which they swim, so too we but dimly perceive the operation of market forces at work around us and at work in our souls.

So it was with great anticipation that I awaited the release of Oeconomicae et pecuniariae quaestiones  — the critique of market excesses from the Vatican released May 17 — not only because I am a believing Catholic, but because church doctrine and church teachings have traditionally offered a compelling and moral perspective for assessment of the deep structure of contemporary life.

Echoing earlier papal analyses of the market going back more than a century, Pope Francis has time and again called into question the "faceless" unaccountability of markets and their increasing detachment from (or even replacement of) the common good and the divinely constituted nature of the human person. That Oeconomicae was jointly produced by the Dicastery for Promoting Integral Human Development and the Vatican's Congregation for the Doctrine of the Faith, which is responsible for promulgating and enforcing doctrine binding on all Catholics, underlines the importance of this document.

The Vatican's economic document does not disappoint. It calls into question the failure of regulators to address the moral lapses behind the Great Recession. It confronts the false anthropology and disregard for the common good that corrupt the market ideologies so dominant in our current economies. It proposes practical reforms for the banking industry, the bond market, sovereign debt repayment, and even computerized trading. It reminds consumers that they are not simply passive agents in the global economy but bear real moral responsibility for the market forces generated by their purchases. And, it is on the whole a sharp and pointed rebuke not just to the excesses of the "free" market but to the moral error regarding the conception of liberty in competition that is too often lodged in its foundation.

That said, with due respect, I had hoped for more.

Allow me to first highlight what I found so compelling and wonderful in the work.

High on my list of what is compelling is the document's effort to make its moral argument on the basis of a general ethics rather than on intramural Catholic theological grounds. Accordingly, it appeals to "common moral wisdom," "human rationality" in search of justice and truth, and an ethics founded on "liberty, truth, justice, and solidarity."

Also powerfully compelling is its rejection of the radical individualism that is imagined in theory and promoted in practice so widely in contemporary economics. Lamenting such a "limited vision of the human person" and insisting that the freedom that is celebrated by proponents of free markets must be a "freedom continuously shared," the document insists that genuine economics must recognize that the human person is a "relational being" to be "understood by what Christian Revelation calls 'communion.' "

Contrary to dominant economic ideologies then, as persons in communion with others we are called to see others as allies, friends, brothers and sisters — and "not primarily as potential competitors." Given the divinely ordained reality of our communion with others, economics fails morally if it puts the competitive pursuit of profit ahead of the integral development of all. As the document puts it:

No profit is in fact legitimate when it falls short of the objective of the integral promotion of the human person, the universal destination of goods, and the preferential option for the poor.

In the same way as the Vatican document criticizes the radical individualism of contemporary market thinking, so to does it criticize market theories that err by imagining human market choices as exercises of untethered, absolute liberty.

Indeed, the most radical of market theories present order, values, truth and the good as a posteriori outcomes of competitive, absolutely free choices — conceiving that only liberty is a priori. We are reminded here that Catholics must reject such theories. Freedom is not absolute and ought never be conceived apart from "its intrinsic reference to the true and good."

In public life, among the aspects of the good that must be accommodated by freedom is the common good. Hence, continuing in the long tradition of church teachings on the matter, we must recognize the "imperative" for "a renewed alliance between economic and political parties in order to promote everything that serves toward the complete development of every human person, as well as the society at large, uniting at the same time the demands for solidarity with those of subsidiarity."

Not to put too fine a point on it, this means the market must be regulated. Because, the markets:

… are not capable of governing themselves. In fact, the markets know neither how to make those assumptions that allow their smooth running (social coexistence, honesty, trust, safety and security, laws …) nor to correct those effects and forces that are harmful to human society (inequality, asymmetries, environmental deterioration, social insecurity, fraud …).

Lastly, the Oeconomicae also highlights the almost inherent inequalities that are both abetted and actually fomented by economic markets. On one hand, existing societal inequalities of power and wealth are for the most part deepened because wealth and power inevitably buy privilege in market exchanges. On the other, the specialized technical knowledge and insider information that fuels so much recent market speculation is creating new inequalities.

There is a moral dimension to the reality that the rich can buy better education, contribute more to political campaigns, pass enormous advantages to their friends and progeny, hire the most effective lawyers, hide money in off-shore accounts, and so on. "In itself," the Vatican document reports, "this amounts to a violation of due relational propriety, which is already a grave violation from an ethical point of view."

Powerful stuff. And, there is much more that deserves close attention in this wonderful release from the Vatican; however, for brevity's sake, let me now express a bit of hope for more.

First, it is unfortunate that the argument does little to address how uncritical engagement in market activity alters the way we think, the values we hold, the way we look at others, our conception of our place in the world, our understanding of the purpose for human life and so much more. It's worth remembering that one of the reasons that many religious orders take a vow of poverty is to free the religious life from the way in which property relations can mould human consciousness.

Second, it is also unfortunate that the Oeconomicae focuses so narrowly on the economic market and neglects how market-like processes are structurally ubiquitous everywhere in our age. How many scholars conceive of their work as something like the free market of ideas? To what extent is the moral relativism of Western societies an upshot of the notion that what is right is best determined by the marketplace of moral claims? Aren't the dominant mores of our culture and society increasingly decided by what behavior is determined as appropriate by something like a marketplace of tastes and preferences? Catholic thinking especially should be concerned that what should be universal or transcendental truths are increasingly viewed as merely a few more consumer choices in the marketplace of what decides human life and dignity.

Third, too often in the document's argument the default language is that some sinful economic actors are abusing the market systems, when in fact the structural power of markets on human behavior should be recognized as equally or even primarily culpable. It is difficult to fault individual economic actors for neglecting the poor, corroding the environment, or whatever when they are trapped in systems of competition where paying an employee a dollar more or spending a dollar more on environmental protection puts them and the livelihood they provide others at risk against competitors who do not. Bad economic actors do indeed infest economic life, but it needs to be recognized that the market itself can generate logics that are contrary to morality unless there is both regulation by government or similar authorities and inculcated virtue in all economic actors, including consumers.

Finally, I wish the Oeconomicae had done more to analyze and critique the ways in which market operations serve to reward and deepen inequalities of power and wealth. It rightfully recognizes how the spread of free enterprise has done much to increase the standard of living in the developing world. That should not be overlooked. However, the contemporary global economic system is also sharpening the divide between rich and poor in ways that are not only immoral but ultimately unsustainable. The extraordinary concentration of potentially civilization-changing wealth in a tiny, tiny percentage of the world's population is unconscionable.

Oeconomicae et pecuniariae quaestiones is a powerful critique of the excesses of the global economic market. It extends traditional Catholic social teachings about the economy and wonderfully complements many of the writings and statements of Francis and his predecessors. I particularly welcome that the Congregation for the Doctrine of the Faith and the Dicastery for Promoting Integral Human Development joined in writing this document. I hope, however, that it is but the beginning of a more thoroughgoing Vatican consideration of the moral dangers and potential benefits that markets and market-like processes pose for the common good and for human life and dignity.

[Stephen Schneck is the former director of the Institute for Policy Research & Catholic Studies at The Catholic University of America.]