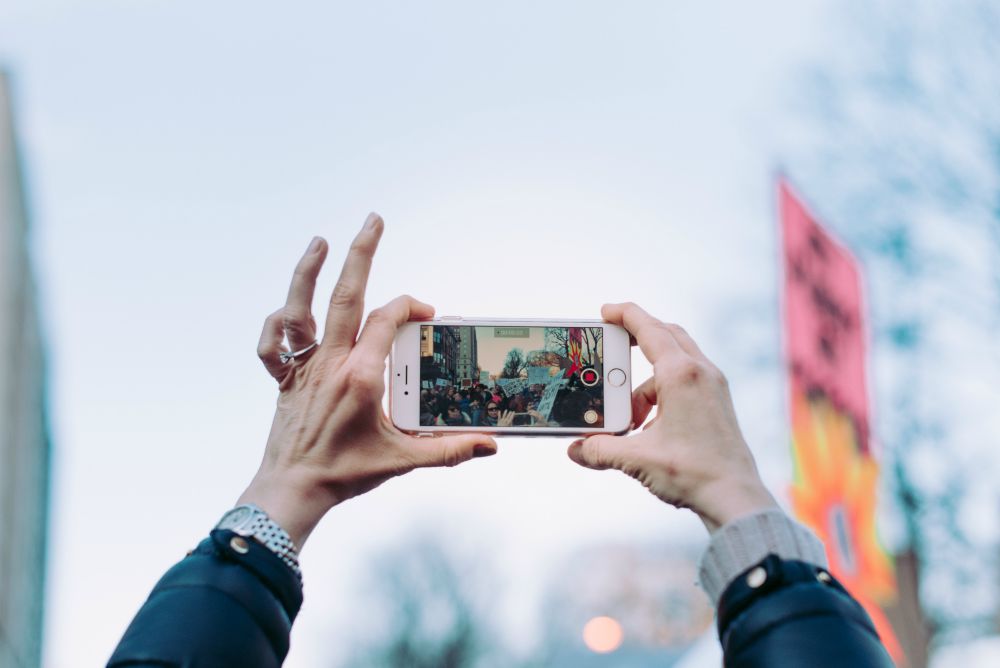 So, something surprisingly traumatic happened to me yesterday. This may or may not be what one would call a "first world problem," but hear me out. Late yesterday afternoon, I was rushing in our back door after delivering our son Nick (who is 30 and has autism) to his weekly two-hour job cleaning our friend's office. As I hung up my car keys on the hook on the wall, my cell phone slipped out of my hand and landed with a crunch on the concrete floor of our basement kitchen.

Now, my smartphone has one of those rubber bumper case thingies (you can immediately tell how tech-savvy I am because I call it a rubber bumper case thingie), so when I picked it up and shook it and pushed various buttons, I was sure it would spring back to life. Awake, my photos of kids and grandkids! Arise, my Google calendar and contacts! Well, hello, my darling well-used apps!

Sadly, this did not happen. Much like surveying a dear pet who has wandered too close to traffic, it dawned on me that my stalwart companion, my ever-present helper and tool, my scheduler of life and link to the outside world, was severely damaged, possibly dying.

After rushing upstairs to fire up my laptop so I could Google our local Verizon store and confirm how late it was open, I grabbed my car keys and ran out the back door. My husband Dan looked up from watering our garden, startled. I held my cellphone high, waving it at him, yelling, "Dropped phone! Going to Verizon! I will pick up Nick!"

When I stormed into our local Verizon store, I rejoiced to see that the large room was empty and quiet. Two male techs sat fiddling behind their desks. There were no other customers.

I held my ailing phone high, saying much too loudly in that empty space, "Is this the cell phone emergency room?!"

The young man on the left did not even look up. The one on the right smiled kindly and waved me over to his desk. I laid my phone in front of him. I was panting.

I said, again probably too loudly, "I dropped it. I think I might have killed it. Look, that little blue light is pulsing, like a poor dying heartbeat!"

Like most ER doctors of my experience, he looked a bit bored and underwhelmed by my panic, certain that I was over-reacting. That calmed me down some. He was clearly a tech expert. A cell phone nerd. A geek who knew every facet of this mysterious world. He could fix it, I was sure. Even if he made me feel old and slightly stupid in the process, it was worth it.

I held my breath as he lifted the phone, popped off the rubber bumper case thingie, and went silently to work. To my relief, his fingers seemed to know just what to do. He pressed this button, then those two buttons simultaneously. It was all very impressive and reassuring.

He laid the phone down on his desk, looked up at me and smiled, "It's dead."

No, "I'm sorry for your loss," or, "You might want to sit down." Just boom. I seriously felt the hot sting of tears in my eyes.

I reached for the phone. Held it. Shook it. Pressed some buttons. Nothing. Even that tiny blue light seemed to pulse slower and dimmer.

I kissed the light green back of the phone. It was cool against my lips. Lifeless. I sighed and laid it back down on the desk in front of him.

"Okay," I said, my voice flat and defeated. "What are my options?"

The young man quickly pulled over a spreadsheet, his finger tracing the lines showing the current models available and their pricing options and payment plans.

Now in my life, I have worked in many and varied sales positions. I recognized the hint of glee in his voice, that thrill of excitement at making a pitch, the rote explanations and technical gobbled-gook that he had used over and over. He was on a roll. And I was a sure thing.

I did my best to pay attention, to compare the attributes and benefits of one model against the other. But I watched and listened to his spiel through a fog. Was there not to be at least a moment of silence? A brief grieving period allowed?

As he enthusiastically pulled brand new phones out of their boxes, wagging in my face various models of gleaming colors and explaining their differing benefits, I pondered how I could ever have taken my poor old light green phone for granted.

I had been the first to admit that having a smartphone had ruined my once impressively long attention span. How I used to be able to sit through an entire movie before trying to recall an actor's name, or in what other film that actress had been, or whose voice that cartoon character was. But how now I found myself hiding my phone on the seat between my legs in the movie theater, and touching the IMDB app to find the answer right away.

Yes. I had turned into one of those people. I know, I know. Before the previews, the clip always warns the audience "Don't Ruin The Movie!" But I had the sound off. And there was only that tiny glow on my jeans. Who could it hurt?

And I heartily joined conversations with others of my generation who discreetly pointed and scoffed at younger folks in restaurants who seemed to focus on their cell phones at the expense of conversing with each other. And then, because it was totally different, I would reach into my purse and show my dinner companions the most recent photos of my grandkids.

Yes, okay, yes! My cell phone had become the center of my existence. I had not only allowed it, I had embraced it! No longer do I write down appointments in a paper-based calendar agenda in my purse, cursing under my breath when the little lead tip of the mechanical pencil snaps off. I use my Google calendar app, okay? Ha! And I would do it again!

What did we all do before we had GPS on our phones? I keenly remember. I used Thomas Guide books and giant State Farm atlases and big paper maps, that once I unfolded from the glove compartment to cover the entire dashboard, I could never seem to fold right ever again! And yes, I admit it. I used those while I was driving, scarily weaving into the other lane, or when my husband was driving, arguing about which way was north, and oh you're right, I was reading it wrong.

Now, we just press that Google Maps app on the phone, and the voice of an irritatingly bossy lady tells us at least three times where we should turn next.

And cameras! Does anyone else remember that we used to have to carry a camera? With rolls of film in them? That we would take to the drug store or one of those drive-through kiosks in the middle of a parking lot, and then wait a week or so, and drive back to pick up our photographs? Kids today must think all those photos were of our children riding dinosaurs!

And the Amazon Prime app on my phone lets me buy a new season of Paw Patrol for our three-year-old granddaughter Mary, while we are sitting in a parking lot, stat.

And the Facebook app lets me share a photo of Mary, holding up the cucumber she grew from a seed in our garden, stat.

And the Messenger app lets me get me get texts from my Facebook friends, telling me how adorable Mary is, and how big she is getting.

When I came out of my reverie, I was ready to choose my new phone. I often hear people, especially older folks, complain that cell phones have isolated us all, that conversation is dead. Well, I for one believe exactly the opposite. Because of my old reliable light green device, I am more connected than ever. To my family and friends. To my colleagues and clients. To the world.

WWW may officially mean "world-wide web," but from my newly appreciative perspective, it is the Whole Wide World. In my hand.

I chose a pink one. Mary will like that.