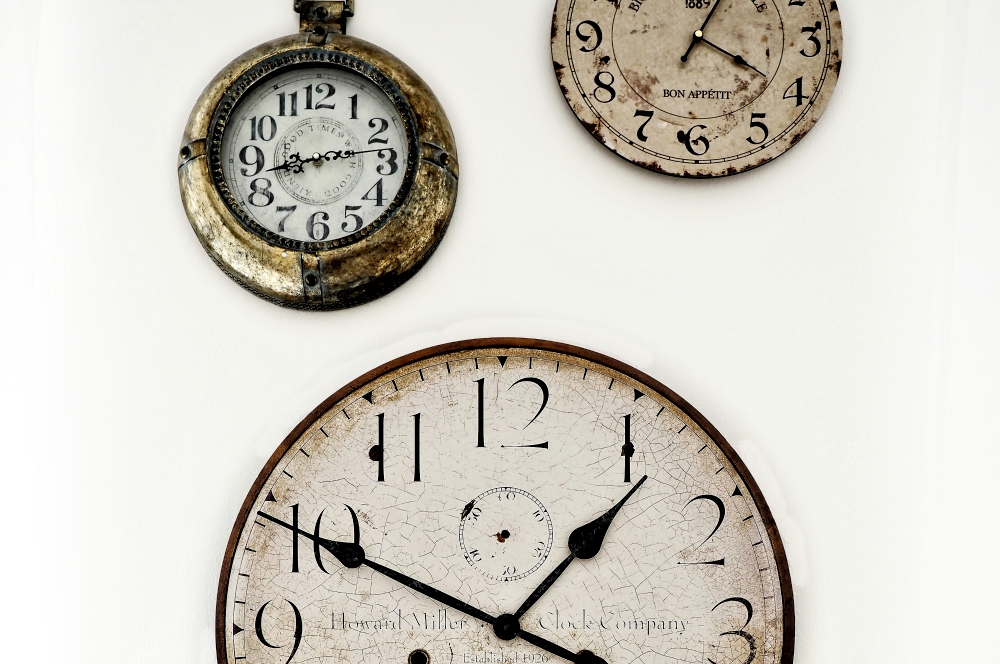 When I was 16 and had just gotten my driver's license, I excitedly asked my Nonna (Italian grandmother) if she wanted to go to the movies with me. She smiled and said, "Thank you, but no thank you."

When I asked why not, she said, "I can't give up two hours of my life. It is too dark in a movie theater to get anything done."

Now, my Nonna had 10 children, ran a grocery store with my Grandpa Red, plus was deeply involved at Sacred Heart, her Catholic parish in Lancaster, California. Every night of the week, she had said yes to a commitment there, whether cooking dinner for the priests in the rectory, stewing up a giant pot for the soup kitchen, tutoring recent immigrants in English as a second language, or meeting with the other mighty ladies who made that parish flourish.

She explained she rarely if ever went to movies, but didn't mind watching television, as she could keep tabs on, say, Perry Mason or Dr. Kildare without putting much of a dent in her routines. To the flickering of the TV in the corner of her living room, she could still monitor the cooking of a meal, run loads of laundry, answer the phone, write letters and birthday cards to her kids and grandkids — into which she invariably slid two dollar bills — and crochet those thick, colorful afghan squares and purple booties for all of us, her family. That was her kind of entertainment. Slight diversion, no reduction in speed.

Now that I am a Nonna, I totally get that.

I do not pretend to be as busy or involved as my Nonna was. I can't fly like Superman, either. She was a titan of activity.

Since she died in December 2000, I have the feeling that God might just regret bringing her to heaven when she was only 86 years old. There can be no doubt that once she arrived, she would have definite opinions about the current running of the place, and offered plenty of suggestions for how to reorganize it.

But I do fully grasp that feeling that time is precious and fleeting, and I find myself guarding my minutes and hours almost as ferociously as she did. If there is one overriding reality to being a woman — which may include but is not limited to being a mother, a grandmother, a wife, a caregiver, a volunteer, a worker, a business owner — it is multitasking.

The quote "So much to do, so little time" has been attributed to Winston Churchill, but my gut tells me he heard it first from his mother.

Various scientific studies have confirmed that women have it over men in the doing-more-than-one-thing-at-a-time department. It is attributed to something in our hormones, or our DNA, or our shared aboriginal past.

Men historically hunted — sat silently together in the tall grass awaiting their prey and planning their attack — while the women gathered, which equates to, well, just about everything else. Collecting berries; minding the fire; cooking the food; scraping the animal pelts and sewing the clothes; carrying, then birthing, then watching the children. You name it, we did it.

But did we really need science to tell us that? If you have ever been to a Super Bowl party, you have lived it. The guys sit together in front of the game, holding their beers and yelling in unison. The gals, well, c'mon. Those sausage rolls and cheese dip do not make themselves.

Don't get me wrong. I appreciate men, and their laser-like focus. To wit, I have learned that before I enter my husband Dan's home office, I need to remember to stop in the doorway and make a loud commotion. If I forget to bang on the door, stomp my feet and clear my throat, but instead enter quietly and touch him on the shoulder, he will leap from his chair and do what I affectionately call "scream like a girl."

That is not his favorite moment. Especially because it is so hard for me to remember not to laugh. His icy stare clearly indicates that he does not find that in any way funny.

I think the other reason we Nonnas try to cram so much into every minute is that by this point in our lives, we fully appreciate that time is not only fleeting, it is clipping right along, faster and faster.

Our children morphed from babies to toddlers to little kids to teenagers to adults in what felt like a few blinks of our eyes. And while our kids rejoice when their babies sit up, crawl, pull themselves up then take those first wobbly steps, we view those stages through a bittersweet lens. We know that our grandkids will walk, then run, right into adulthood, all too soon.

We grandparents are often accused of spoiling our grandkids, but from my perspective, I am just trying to slow down that progression a little, if only for brief moments. If there is a chance to watch our beloved short people eat rainbow-colored popsicles that turn their tongues blue, or splash in mud puddles that soak their clothes brown, or stay up a little later than their usual bedtimes, and fall asleep heavy and sweaty on our chests, well, that is just going to be allowed to happen.

Because we know, even as they slurp and bounce and snore and drool, that soon, all too soon, they will have outgrown those simple joys, and us.

On those letters and cards she sent to us, my Nonna always wrote under her signature "Sempre Avanti," which translates to "Always Forward." That was an apt motto, as it encapsulates her hummingbird-like energy and constant movement.

She wouldn't give up two hours for a movie, but she gave every waking minute of every day to action, for her family, and for others. If I can give a fraction of what she did to those I love, it will be time well spent.

A version of this story appeared in the Nov 2-15, 2018 print issue under the headline: I guard my minutes and hours almost as ferociously as Nonna did.