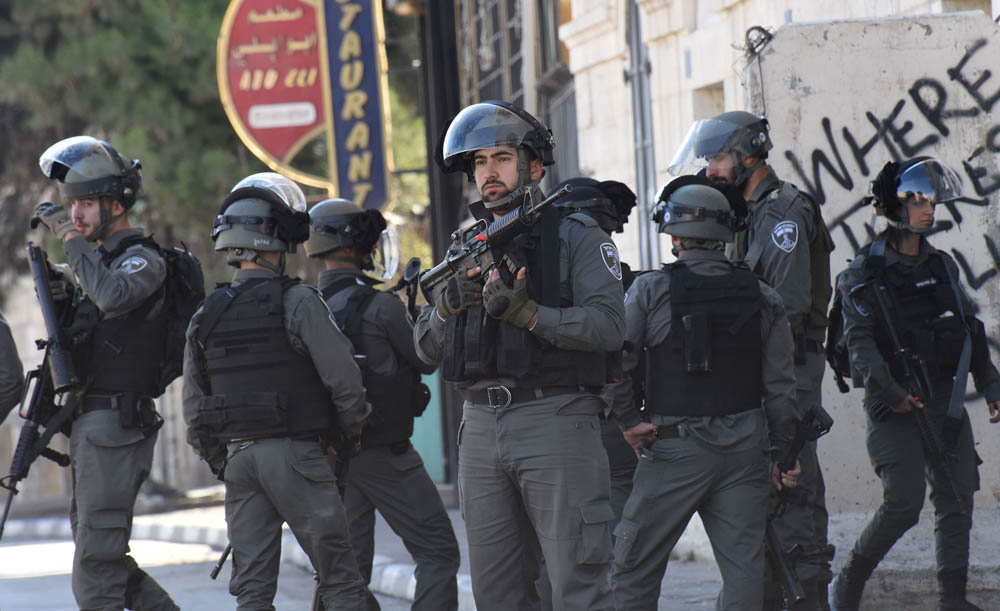 The creation of the state of Israel in 1948 was supposed to herald a new era for Jews, a rebirth after centuries of discrimination and pogroms that culminated in the horrors of the Holocaust in the 1940s. Israel was to be a safe haven for Jews worldwide, a country of their own where they no longer would be victims at the mercy of other governments and could live in peace, independence and most critically, in security.

Fast forward 70 years to 2018 and it's obvious this dream has yet to materialize. The Israeli ethos has been summed up succinctly by Israeli Prime Minister Benjamin Netanyahu: "I am asked if we will live forever by the sword — yes." Which leads to the obvious question: Why?

The history of the Arab-Israeli and Israeli-Palestinian conflict is replete with opposing narratives. The Israeli narrative is that it has always sought out peace with all its neighbors, Arab and Palestinian, but these neighbors have continuously spurned peace and chosen violence against the Israelis instead.

The Israeli narrative continues that all Israel's wars, including in 1967 when Israel attacked Egypt and Syria first, the invasion and occupation of southern Lebanon from 1982-2000, and the three Gaza conflicts in 2008, 2012 and 2014, were wars of self-defense. Additionally, Israel wants to offer Palestinians a state of their own, but Palestinian intransigence and hatred of Israel have prevented that.

The Arab-Palestinian narrative, on the other hand, is that Israel has never had any intention of allowing the establishment of a viable and independent Palestinian state based on the internationally recognized 1967 lines. Instead, Israel has tried to package an emasculated and patchwork Palestinian state lacking all symbols of sovereignty, such as control over its own borders, as a huge concession on its part. All the while Israel is eating away at Palestinian land it occupies through relentless and illegal settlement activity to render the possibility of a future Palestinian state meaningless.

No matter which historical narrative you choose to believe, the present situation is clear. Today, Israel has no intention on allowing the Palestinians to establish a viable and independent state with all the trappings of sovereignty that any other country has. It intends to retain control over large swathes of the occupied Palestinian Territories, including a future Palestinian state's borders and airspace. In other words, give the Palestinians a flag, a passport and a stamp, and call it a state.

This fundamental disagreement over the definition of a future Palestinian state is what keeps the conflict alive and what allows extremist and terrorist groups of all types to manipulate the legitimate Palestinian cause to justify continued violence against Israel. The "why" answered.

Which leads to the next obvious question. How has Israel, one of the world's strongest military powers, been able to maintain and justify a brutal military occupation for 41 years against a people who, in contrast to Israel, are basically defenseless, lacking any army, navy or air force?

The answer is based on three basic tenets that allow Israelis to both justify and ignore an occupation unprecedented in modern times in terms of its length and oppression.

The first tenet is the belief that Israelis are the "chosen people" and ipso facto, the Palestinians are not. This principle allows the justification of uprooting and denying the rights of the Palestinians who have continuously lived on the land for a couple of thousand years. Israelis are chosen so their right supersedes that of Palestinians.

The Old Testament is used as a divine deed to legitimize ownership, regardless of the people continuously inhabiting the land since the Old Testament. This belief also has deep roots among 82 percent of white evangelical Christians, whose thousands of churches across the U.S. reinforce the point every Sunday that God gave Israel to the Jews.

The second tenet is the portrayal of Israel as 'the victim.' The irony is bitter here. Rarely in history has an occupier presented himself as the victim and gotten away with it. And not only the victim — but the only victim. The obvious victims, the Palestinians, are the aggressor in this narrative.

A groundbreaking 2008 study by world-renowned political psychologist Tel Aviv University's Professor Daniel Bar-Tal and reported in the Israeli English language daily Haarertz, found that "Israeli Jews' consciousness is characterized by a sense of victimization, a siege mentality, blind patriotism, belligerence, self-righteousness, dehumanization of the Palestinians and insensitivity to their suffering."

Dehumanization works on two basic levels. The first level denigrates Palestinian morality and basic character, charging that Palestinians don't react violently on occasion because of the oppression and violence of the Israeli occupation, rather they do so out of a deep-seated hatred of the Jews that is inseparable from their identity.

In other words the misconception perpetuated by dehumanization is that Palestinians are violent because of who they are —​ because of something intrinsic in their very nature and culture, or as Israeli Police Commissioner Roni Alsheich has framed it, because Palestinian society has chosen to sanctify death in contrast to Israeli society which sanctifies life.

This is very effective in advancing the Israeli argument that since Palestinians are not moral like us, then they are not entitled to the same rights we have.

The second level of dehumanization works in legitimizing violence against Palestinians. Since Palestinians lack basic standards of morality, then it is easy to portray them as irrational, brutish and even less than human. There is no way to reason with such people [Palestinians] and the only way to interact with them is through the use of force, whether state-sponsored force by the Israeli security forces or non-state actors such as Israeli settlers. Force is the only language they understand.

Consequently we see no real and sustained international outrage over Israeli actions that would be considered outrageous should any other country engage in them. These include demolition of the houses of family members of individuals accused of violence against Israelis, imprisonment of children for extended periods without explaining charges against them, use of excessive and sometimes deadly force and live ammunition against stone-throwers, and extrajudicial executions of Palestinians by Israeli forces.

Dehumanization is a convenient narrative, particularly if you are the oppressor and the occupier. It is also a critical element of maintaining an occupation that by all standards of international law, humanity and justice should be sanctioned and condemned. That is why any attempt to humanize the Palestinians is considered deadly as it would inevitably result in ending the occupation and evacuating Israeli settlements, or in granting Palestinians full and equal rights, both of which Israel in its current political makeup absolutely refuses to do.

In the Israel of today, the historical goal of security and independence for the Jewish people as been superseded by a more important goal, Jewish sovereignty over all of the land, including the Palestinian Territories.

This reality comes with another stark one, that there is no chance for a change from within Israeli society anytime soon. While there is no question that a significant minority of the Israeli population believe that their country's occupation of Palestinian land has to end in a manner that is just and conforms with international law, this segment of Israelis has been largely silenced and is bereft of power in the current political landscape.

Neither is there any real hope for an international intervention in the current political climate. In fact, the Palestinian issue has regressed under the Trump administration which recently cut more than 50 percent of its yearly funding to the most helpless and defenseless segment of Palestinian society, Palestinian refugees.

The irony of course is that Israel's continued occupation contradicts both Israeli and U.S. interests on so many levels, whether in security, international law, human rights or moral values. By the time politicians come to their senses and realize this, it will likely be too late.