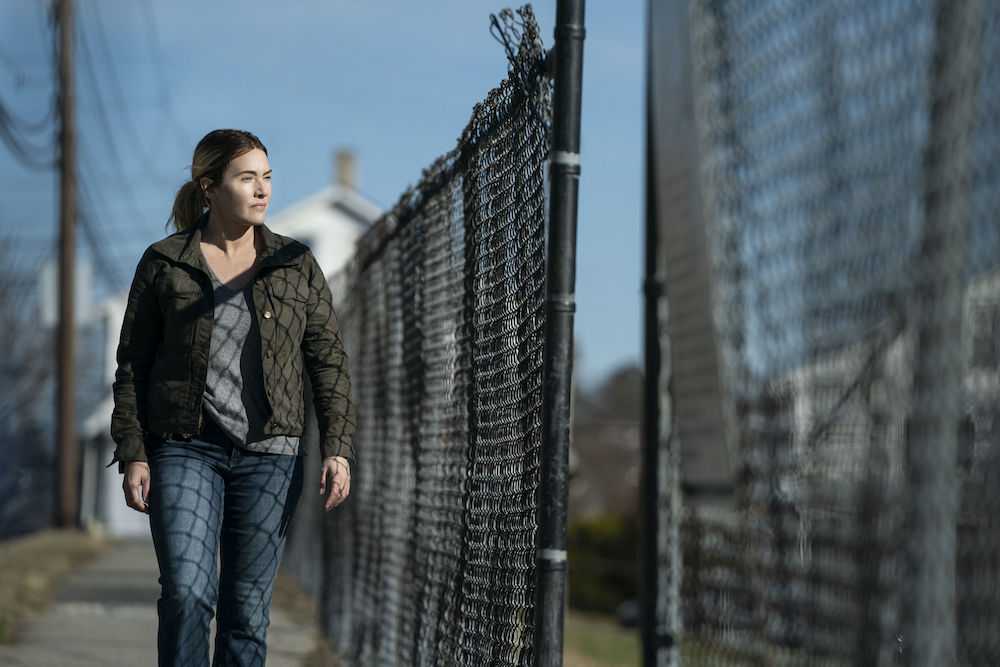 In one of the opening scenes of the HBO crime miniseries "Mare of Easttown," small town Pennsylvania detective Mare Sheehan chases down a burglar, arriving on the scene to find the culprit is Freddie Hanlon, addicted to opioids and living without heat, who is the brother to her high school friend Beth.

Criminal charges aren't pressed, and Mare (played by Kate Winslet) instructs the officer to call the gas company to have Freddie's heat turned back on, while he's sent to the local Catholic parish's shelter for the weekend.

For some, the scene may inspire a model of better policing. For others, it simply represents what happens in a place like Easttown, where everybody knows (or is related to) everybody.

Hastings, the priest, we soon learn, is Mare's cousin. Several scenes later, we find him in Mare's kitchen, mixing up cocktails for Mare's mother, who lives in the home shared by three generations of Sheehans, including Mare's grandson who she is helping to raise following the suicide of her own son. Mare's ex-husband, Frank, and his new fiancé reside in the house behind them.

Over the seven-episode series — with its season finale set to air on May 30 — viewers are introduced to a range of characters in this fictional town in the Philadelphia suburbs of Delaware County (or Delco, as it's colloquially known). Here, the lives of shop owners, police officers and next door neighbors are all intertwined in a messy and entertaining fashion. 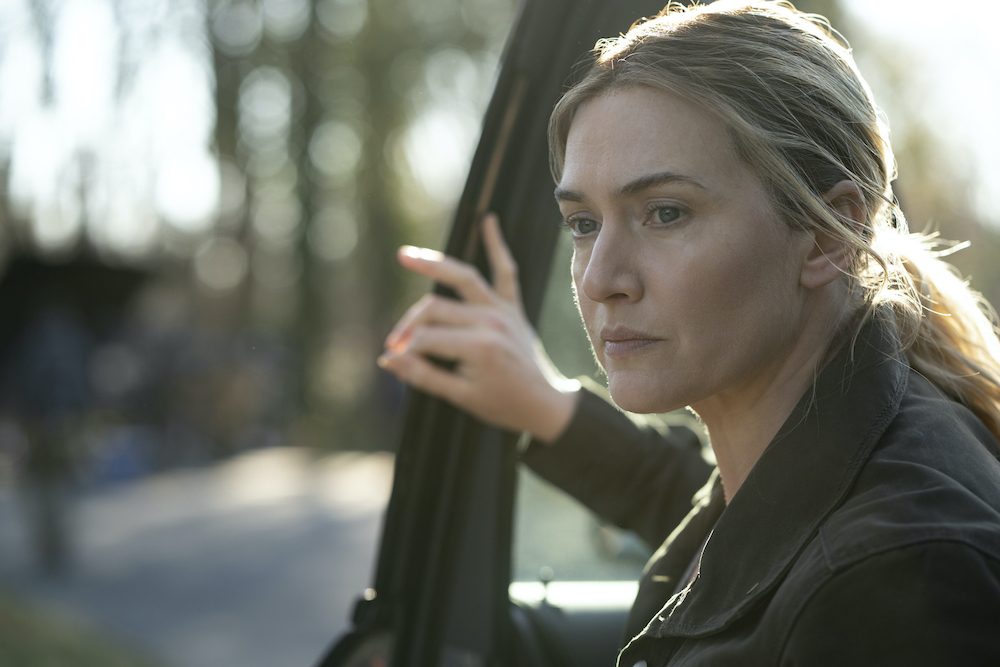 While none of the characters in "Mare of Easttown," save the local priest and deacon, are especially religious or pious, viewers get glimpses of Catholicism in every episode.

"There's a Catholic sensibility throughout," says Kim Daniels, who has family ties to Delco and is an unabashed fan of the show. "It's about suffering and loss and redemption, about family and community and place. They know each other's brokenness and hold each other close anyway."

At the start of the series, we meet a town that has been torn apart by the disappearance of a young girl, Katie Bailey. Dawn Bailey, Katie's mother, believes that the police department, including her longtime friend Mare, has failed and even given up in its search for her daughter. By the end of the first episode, when Erin McMenamin, a teenage mother, is found dead, suspicion is rife, and so is familial devotion, while almost everyone remains a suspect.

Daniels, co-director of Georgetown University's Initiative on Catholic Social Thought and Public Life, believes the Catholic imagination permeates every episode. Sure, there are the crucifixes that can be spotted in the living rooms and prayer cards of the Sacred Heart of Jesus affixed to the refrigerator, but Daniels told NCR that it's mostly present in the people and the way they live their lives.

"You feel like you know this town and these people, and from the first episode you care about them, and can feel the suffering that touches each of their lives in one way or another," she said. "Their lives intertwine in the way that real families' and friends' lives do, especially in a small town."

Historian and Delco native Kathleen Sprows Cummings concurred, recalling watching the first episode and thinking, "Why would anyone be interested in this show if they didn't know how accurately it captured Delco?"

"It was kind of a puzzle to me," Cummings told NCR.

But people are interested in the show — it has been regularly breaking the million-viewers mark on Sunday nights — and Cummings, who is the director of the Cushwa Center for the Study of American Catholicism at the University of Notre Dame, said she soon realized the incredible buzz around the show is "because it nails place so well." 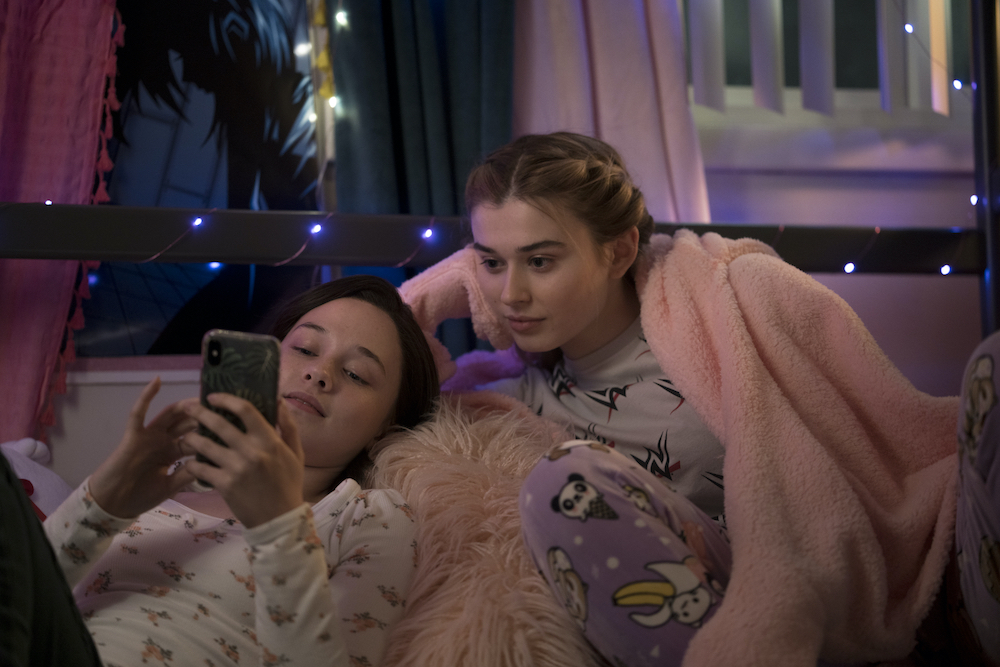 The second episode of the series takes place the Sunday after Erin has been killed, and despite rising tensions, everyone attends Mass at St. Michael's. Cummings said she had flashbacks to a close friend suddenly dying on a Friday night at age 25 and everyone being together in church two days later on Sunday.

"The community is doing what it always does in the show, so of course, they're going to church," she said. Growing up in the greater Philadelphia area, Cummings said that people ask you which parish you are from before they ask anything else.

"People know that before they know the neighborhood," she said.

While many detective or mystery shows chronicle horrific things — such as murder, violence and other forms of crime — Cummings observed that most of the time they show such things happening in isolation.

"Rarely does it show that these people are part of a community, and it's the community that sustains them," she said. "Mare of Easttown," she believes, is a happy exception.

"Philly Catholicism is not only about faith but the cultural trappings of Catholicism," he told NCR. While noting that the area has long been associated with a slightly more traditional form of Catholicism, he said that even those who have drifted away from an active practice of the faith still often feel as if they have ties to a parish.

"You get the sense that they know God is watching," Martin said of the characters in Easttown."There's a sense of guilt, shame and duty, and they agonize over things."

"There's an undercurrent of their Catholic faith, even if they're not fully practicing," he added. "They do their best to try to live a moral life, but they're very flawed."

"It's the air that they breathe, it's the wooder they drink, and for the Philly Catholic, it's always been there," said Martin, using his Philly accent for emphasis in his pronunciation of water. (Everyone, including Martin, is obsessed with the accents in the show.)

Catholicism, he says, "pervades their lives even when they're not conscious of it."

"It's very well known in terms of demographics that the growing church is in the south and southwest, but as someone who was born and raised in a town like Easttown and near the towns it represents, there's a palpable sense of cultural Catholicism that is both ethnic and local," said Catholic writer and communications consultant Elise Ureneck.

In Easttown, viewers encounter a community afflicted by substance abuse, economic hardship, divorces and affairs, mental illness and more, and are looking to each other to both help make sense of it all and to simply get through it. 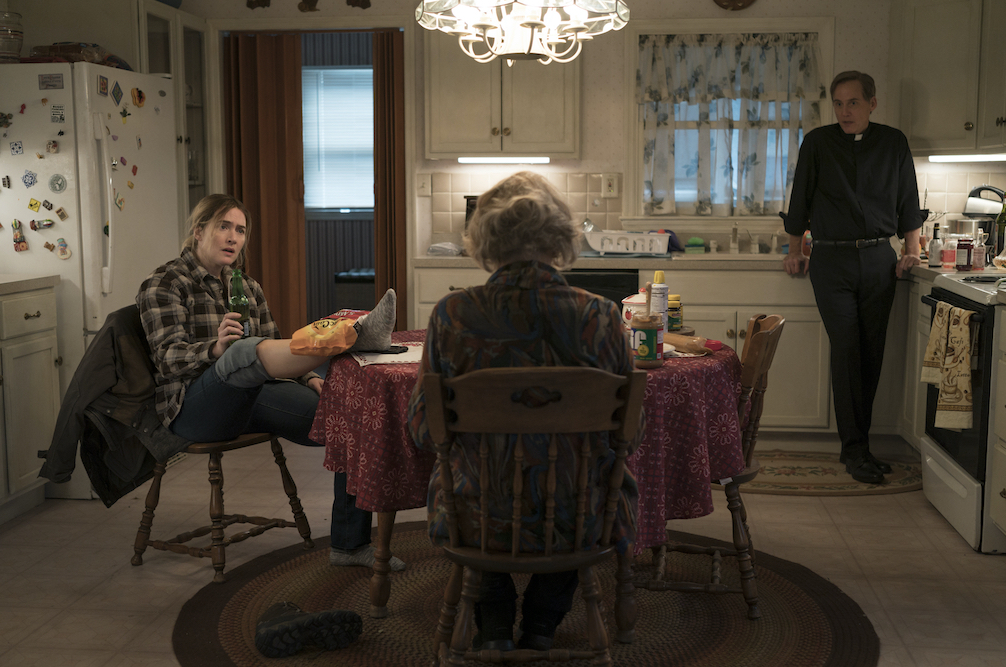 "You here to guilt me into returning to the church again, Danny?" asks Mare, when she returns home in the first episode to find her cousin wearing his clerics and sipping a drink in her kitchen.

"No, no, I gave up on that a long time ago," he says. He then lets her know that the parish shelter is providing Freddie, the heroin user she nearly arrested at the outset of the episode, with lodging. When Father Dan goes on to ask Mare how Beth, Freddie's sister, is dealing with her brother's addiction issues, Mare snaps back: "She's wondering where God is!"

Despite being fixtures in the town, neither Father Dan nor Deacon Mark are viewed without wariness, as rumors swirl about the deacon's mysterious past, as well as his relationship with the recently killed Erin.

Their presence in the show, observed Ureneck, captures the "effects of the abuse crisis at a local level when you see the seeds of distrust and what that has wrought in the town." For her, the sense of mystery hanging over the clergy evidences the further destabilizing effects of the abuse crisis on "families who need structures, reliability and someone who is trustworthy." Father Dan and Deacon Mark then come to signify Catholicism at its best and at its worst, and heading into the final episode, we are unsure how that will be resolved.

"Catholicism is very much a religion that's embodied," Ureneck observed. "You do that first with your family. And then you go out in concentric circles. You should be doing it in your local parish and neighborhoods."

"The world to a lot of these people is this town. They were born and raised there, and it doesn't seem like many people left," she said. "Catholicism is a global religion, but 'Mare of Easttown' helps us recover a picture of what it could look like if communities nurture each other and take care of each other at a local level." 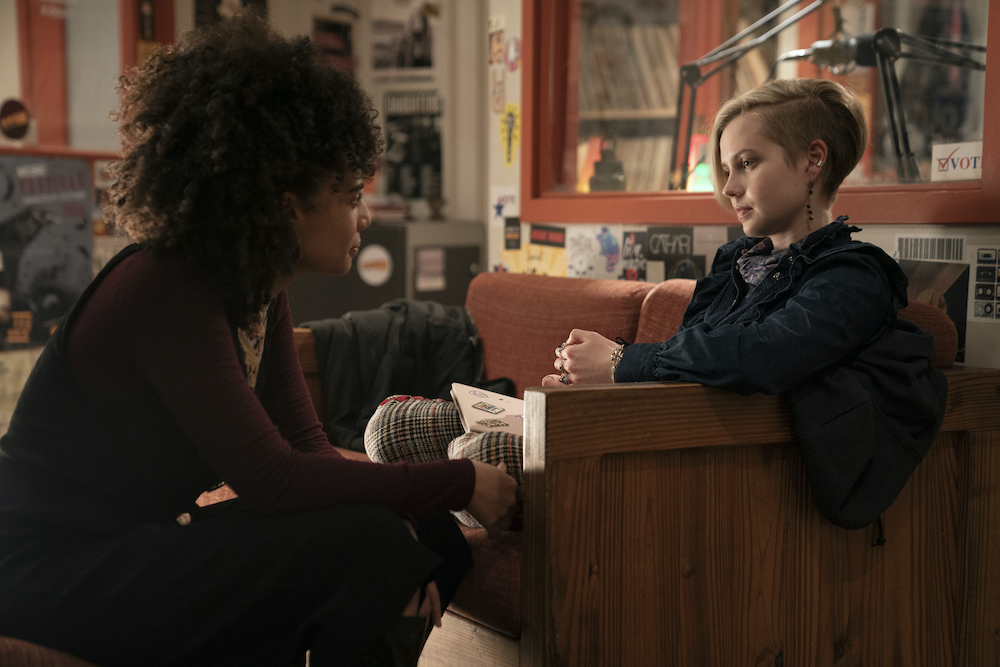