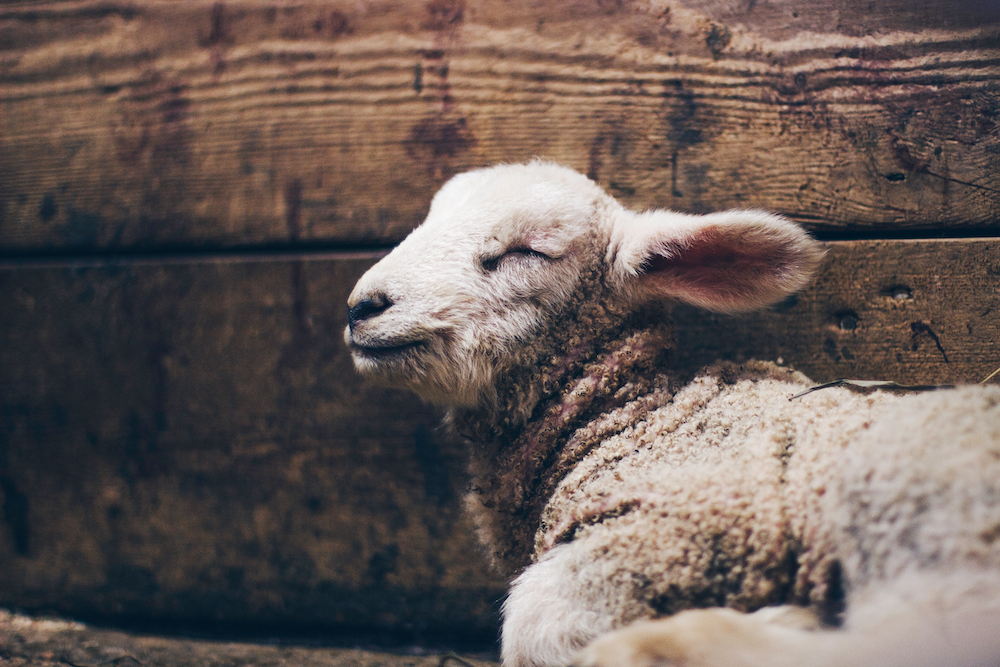 Ezekiel: "Because my shepherds did not look after my sheep … I swear I am coming against these shepherds." (Unsplash/Daniel Sandvik)

The words of the first reading for Mass on Aug. 22 sounded as though they had just been written, perhaps late the night before. I could imagine Ezekiel at the computer, the words coming faster than he could type. The opening sentence, "The word of the Lord came to me," had the force of its active voice. Nothing passive about Ezekiel's prophesy, not, "it was given," rather, it "came to me."

What came to Ezekiel was a cry against the shepherds "who have been pasturing themselves." The imagery is Psalm 23 violently upended: Shepherds feasting in green pastures, shepherds resting beside the still waters. And the sheep they were supposed to lead there?

You did not strengthen the weak nor heal the sick
nor bind up the injured.
You did not bring back the strayed nor seek the lost,
but you lorded it over them harshly and brutally.
So they were scattered for the lack of a shepherd,
"and became food for all of the wild beasts.

And here Ezekiel first uses the possessive pronoun, "my." God calls the sheep "given over to pillage," "my sheep." I couldn't help but wonder how Theodore McCarrick and those who kept his dark secrets heard Ezekiel's words. For, as God warns through the prophet,

Because my shepherds did not look after my sheep …
I swear I am coming against these shepherds.

It's like the language we use for mothers and fathers who starve their babies or beat their toddlers. Because they "did not look after my children," we turn them over to the police and the prosecutors who come against them.

I've been thinking about shepherds these last weeks and about parents and about how alike the roles are. Both shepherds and parents have one task: to take care of their flocks. That's it. That's the whole thing. Feed my sheep. Neither job requires specialized training. Both involve many hours that, for this mother, at least, grew tiresome. Because, if you do it right, the job isn't sexy. I know I never dreamed I would spend so much of my adult life crouched in front of a toilet saying, "Good girl!" to a toddler who halfway made it in time. Or so many hours cleaning up vomit. Neither job has "saint" or even "really good person" as a prerequisite.

Most parents I know came to the job after decades of thinking pretty much exclusively about themselves and their desires and appetites. And that self-absorption doesn't go away magically in the delivery room. I birthed my first child two weeks after my 23rd birthday. Nineteen months later, his sister was born. So we had two babies. The new baby didn't sleep much except when the rest of us were awake. My husband and I took turns getting up with her at night, which meant we were both desperate for sleep. Desperate. One night, about 15 minutes after we thought our daughter was asleep and we had begun to settle in ourselves, the screaming started again. It was my husband's turn. He threw off the covers and exclaimed, "Damn it, shut up!" My thoughts, exactly.

Then he stomped down the hall. But when he got to the door of the baby's room, I heard a different voice. It was the voice of a father, speaking softly, "Don't cry, sweetie. Papa's here." My husband still wanted what he wanted, but he understood that he had been called to his role as father and he was determined to act like one. Even if he — and I — had to do it the "fake it till you make it" way.

Not one of our five children were good sleepers as babies. We learned we couldn't control it, one of the first of many lessons about things beyond our control. But we learned what we could do, and eventually we learned that's what we were supposed to do all along: feed them and talk to them and read to them and sing to them and say, "I love you," and hug them tight. We learned to steer them to green pastures, to invite them to still waters. We had to lead them there when shinier objects grabbed their attention. Shepherd stuff.

Most of the parents I know try each day to be better people than they actually are. And that's all I ask of our bishops and cardinals. Try to be better than you actually are. Try to act like a good shepherd. Feed my sheep. If you're feasting in the green pastures, make sure the sheep have eaten first. While the sheep are drinking from still waters, you be on the watch for wolves. And if you find that you are no longer a shepherd, or, Jesus help us, even a sheep, but one of the wolves on the prowl, take off your vestments. Remove your miter. Put down your staff. Return your pallium to Peter's grave. And go somewhere quiet, away from the donors and the scarlet cloth and the bowing and the rings and try to find your way back. You'll probably find it washing dishes or cleaning toilets. Shepherd stuff.

May God have mercy on your souls.