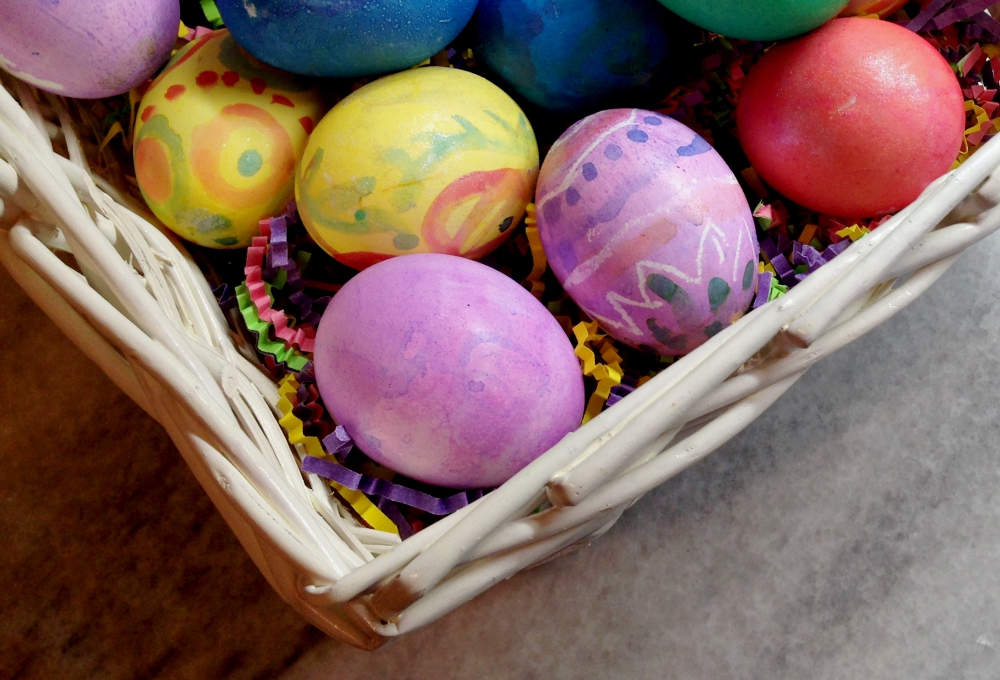 It is Easter Monday as I write and I am waiting. I am waiting for the birth of a grandchild. His mother is ready. It's time, she tells me, rubbing her back, for him to move out and find his own place. That place is with the family watching for him: his mother and father, his sister and brother, and a whole raft of eager grandparents, uncles, aunts and cousins. The crib has been brought out of storage and his older brother's layette laundered and put into drawers. His toddler sister kisses her mother's belly each day, sometimes crying, "Baby John, come out!"

It is Easter Monday as I write and I am grieving. An old friend died today. He was a gentle boy who grew into a gentle man, who died at home in the care of his beloved wife. I close my eyes and remember. I can hear the West Texas hailstorm breaking as I sat in my father's Oldsmobile. Balls of ice hard enough to dent Detroit steel trapped me inside. I see a boy, my friend, many years ago now, walking barefoot out of his house toward me, carrying the family pingpong table over his head. He meant to rescue me from the storm, which he did, many times, and in many ways.

It is Easter Monday as I write and I am rejoicing. A young friend is living in the cottage behind our house, in the same rooms where my mother spent her final years. Where one life drew to its close, another is beginning. My young friend proposed to his love last Saturday, on the night of expectation, that night of wonders. He proposed before her parents and his and before members of the community that has shaped and welcomed them. He knows that she and he are making a commitment not just to one another but also to this larger household of faith. He is, he told me, "All in."

And I told him "all in" is the only way.

At 40 weeks of pregnancy, and after 10 years of marriage and two other births, my daughter knows, again, and each day, the meaning of that phrase. To be "all in" is to be committed, no matter the pain, no matter the struggle, no matter the outcome.

Each Easter, the lectionary turns again to the Acts of the Apostles. We hear the stories of the first church and a people who, being witnesses to the Resurrection, could not simply go on as before. The miracle took root in them and changed them. Forever. 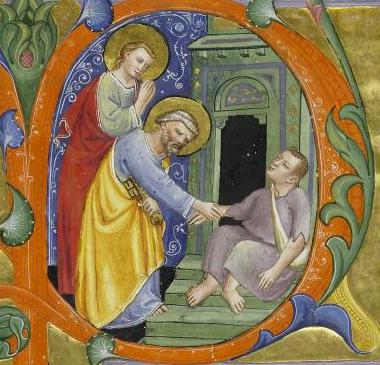 We hear how Peter and John met a crippled beggar who asked them for alms. Peter said, "I have neither silver nor gold, but what I do have I give you: in the name of Jesus Christ the Nazorean, rise and walk." And the man rose and walked.

We hear how the apostles preached the truth of Christ's resurrection, even as preaching the truth led them to their deaths, first Stephen's and then all of them, save John.

I am a woman who has spent my life making a home and caring for children, and so I sit, wondering, each year, on the Second Sunday of Easter, when we hear of this earliest church and their daily life together. I can imagine gathering my strength for one great feat, one courageous act. But it is in the little acts of courage, the small moments of strength, that I am tested each day and fail each day.

I am pierced to hear that these new Christians were "of one heart and mind," that "they had everything in common" and that "there was no needy person among them." Every day, they made sure no one was in need. Every day, they were joined in singleness of purpose. Every day, they shared their goods, their space, their time, their food, their money. And I learn again where to look for my example, for the answer to the question, "How then shall we live?" Again I learn the way in to "all in."

It is Easter Monday as I write and I am giving thanks: for new life and new love and old friendships and old stories. I am grateful for those who walk in faith, those just starting out and those joining all the ones who have gone before us to show us the way.