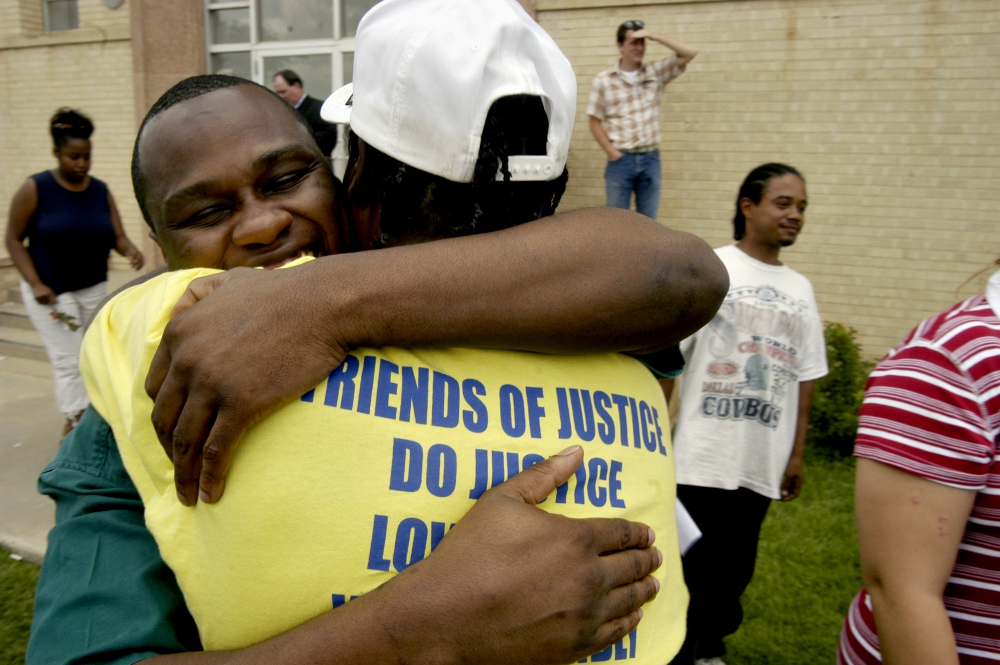 James Barrow hugs a well-wisher as he leaves Swisher County Courthouse in Tulia, Texas, in June 2003 after being released from prison pending appeal on charges in connection with a July 1999 drug bust. (Newscom/Black Star/David Bowser)

My sister and I traveled to Tulia, Texas, our hometown, for Picnic, which is held on the third Sunday of July each year. Picnic is when the prodigals return.

Tulia used to be on the main highway between Amarillo and Lubbock, Highway 87. You can still follow 87 all the way south and east to Port Lavaca, a journey of some 600 miles, and never leave the state. But when I-27 was built in the 1980s, it went south from Amarillo, bypassing Canyon, Happy ("The Town Without a Frown") and Tulia, then going on through Plainview and in to Lubbock. Now you can't just pass through Tulia, the county seat of Swisher County and the southernmost border of the Texas Panhandle. You have to intend to get off the interstate and go in to Tulia, making it part not only of flyover country, but, even within the state, a part of drive-over country.

The interstate has been a boon to travelers but not to the town.

If you've heard of Tulia at all, it's probably because you read an article in The Washington Post or one of Bob Herbert's columns in The New York Times about the 1999 drug bust, when 46 people, 39 of them African-American, or about a 10th of Tulia's total black population, were arrested in a nighttime raid based on the undercover work of a single narcotics officer, Tom Coleman, who had been hired by the Tulia police department in 1998. Twenty-two people went to prison. In 2003, Texas prosecutors agreed to dismiss charges against 38 of the people arrested.

Coleman was not from Tulia. He was dropped in with a silver and black pickup and a new name, "T.J. Dawson," and told to investigate the local narcotics trade. But it was Tulia residents — the Rev. Alan Bean, a retired Methodist minister, and his wife, Nancy, a high school teacher and Tulia native, and Gary Gardner, a former Texas highway patrolman and a local farmer, also a Tulia native — who were disturbed by the harsh sentences of those convicted and began examining Coleman's testimony. They uncovered troubling discrepancies between dates and times that Coleman alleged drug sales were made.

Bean was not happy with the way the media converged on Tulia and told a single story of, as he put it in an April 2005 interview with D Magazine, "a nasty little pestilent racist community."

He went on to say, "Too many reporters wanted to write about hot topics such as racist conspiracies, racist jurors, and racist police officers instead of focusing on dull matters like the faulty mechanics of the Coleman operation." Bean subsequently wrote a book, Taking Out the Trash in Tulia, Texas, about the case.

The story of "a nasty little pestilent racist community" is still the story most people know.

Very few people know about Friends of Justice, the organization that grew out of a coalition of Tulia citizens, black and white, family members of those arrested and convicted in the 1999 drug bust and other community members. Friends of Justice was born from that work and was founded in Tulia in 2000 by the Beans, Liliana Ibara and David Johnson, whose son was among those arrested. 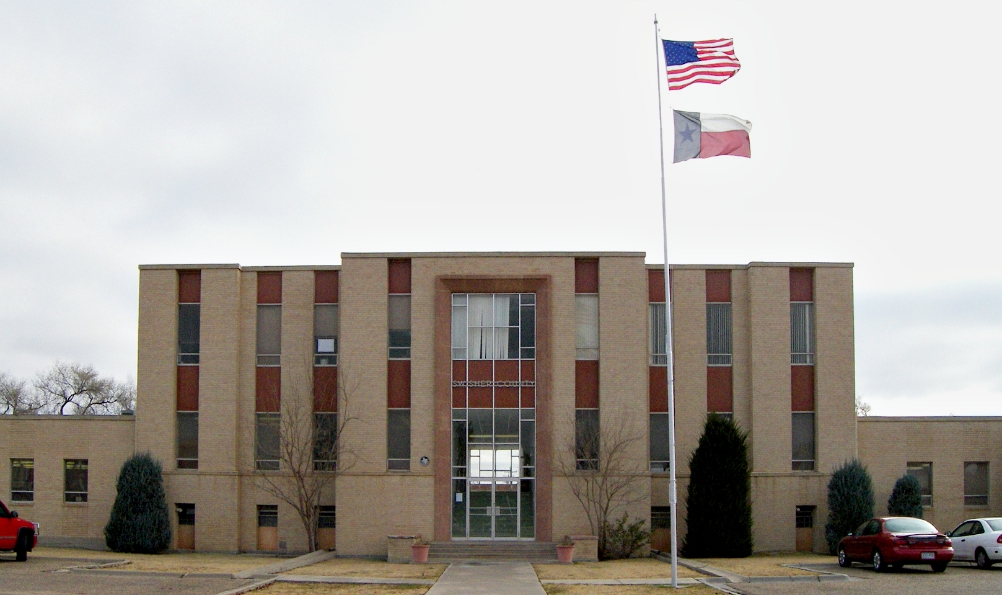 Friends of Justice, now headquartered in Arlington, Texas, continues to investigate likely cases of police and prosecutorial misconduct. They investigate and they tell the stories of those they believe to have been unjustly arrested or incarcerated. They call what they do "narrative-based campaigns." For the Beans and their associates trust in the power of narrative to move ordinary people to do the right thing. As Bean said in a September 2009 interview with Terre Haute Tribune Star:

I think Americans are good-hearted people, by and large. If you can tell the story and get the facts out in a way that is compelling, you can change the climate of opinion.

Bean went to Indiana to address students at St. Mary-of-the-Woods College near Terre Haute and to work with the Sisters of Providence in pursuing a possible parole for convicted murderer Donna Stites, who had been remanded to Indiana Women's Prison in 1984. Bean isn't like reporters who are only interested in hot topics. He wants the whole story, even when the story is complicated. He wrote honestly of Stites on the Friends of Justice website:

The reporters who converged on Tulia had their narratives fixed before they left the Amarillo airport in their rental cars. My sister and I went back, to listen and to remember. Some of the stories we know and heard and lived are hard ones. They are complicated. Tulia is a complicated place. People we loved there also "created deep pain" and broke things they could not fix.

But that's not all of the story, of Tulia, or any place. For our Tulia stories, too, are finally less stories about our brokenness than stories "about God's grace and redemption."