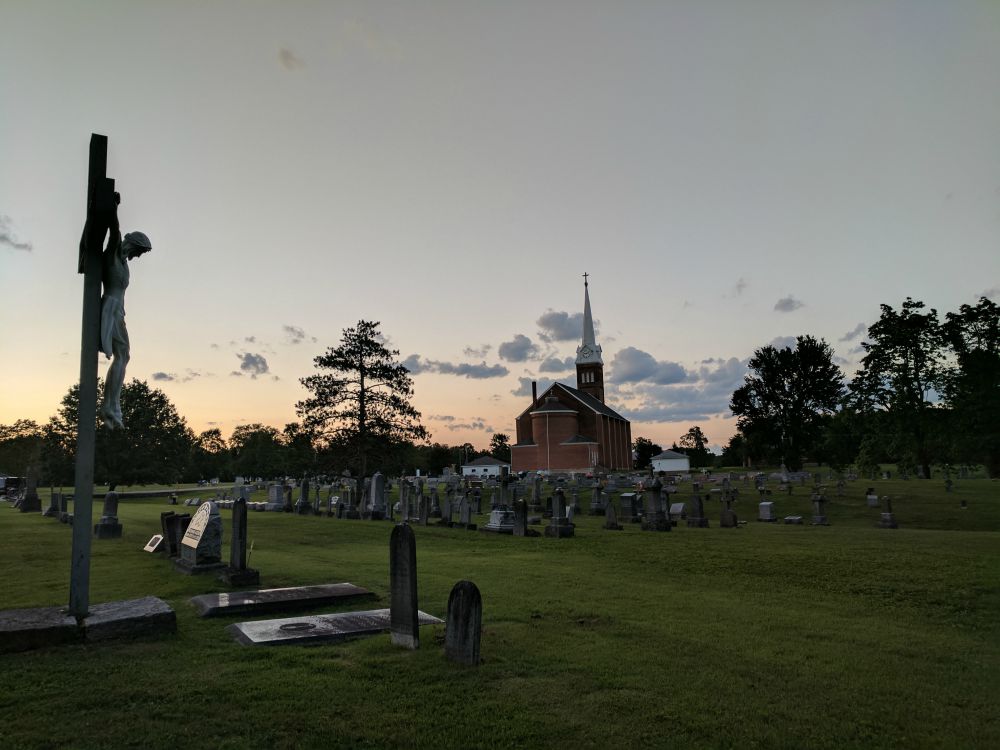 A newborn is lifted from its mother and placed on a warming bed to be weighed and measured. The baby lies on its back, arms out to the side, legs splayed apart, all the tender surfaces — from neck to groin — laid open, exposed. The baby does not know how to protect, how to guard, how to defend. Pictures of the newborn Jesus show him swaddled and wrapped in the protective arms of his mother, or swaddled and cradled in the manger. But when he was lifted, squalling, from his mother's womb, when Mary cleaned him and changed his gown and blankets, Jesus was, in the way of all babies, exposed and vulnerable. This is the way the Lord of the universe, the Savior, God, chose to come into the world.

Look at pictures of Jesus hanging on the cross and consider how similar is the posture of his dying to the posture of his birth: Arms out to the side, legs splayed apart, neck thrown back in supplication or agony, all the tender surfaces — from neck to groin — laid open, exposed.

And, in all of it, Jesus is undefended. Before he begins his public ministry, he rejects Satan's offers of power and protection. Before Jesus' arrest, when his followers realize what is about to happen, they ask, "Lord, shall we strike with a sword?"

One of them did not wait for Jesus' answer, but cut off the ear of the high priest's servant.

Jesus' replied, "Stop, no more of this!" Luke's Gospel continues, "Then he touched the servant's ear and healed him."

When the worshippers at the First Baptist Church in Sutherland Springs, Texas, were mowed down by a rifle-wielding gunman on Sunday, Nov. 5, the massacre provided more encouragement for those who believe churches should be open to guns, including armed security guards, armed staff and armed worshippers. They say that we live in a dangerous world.

For Christians, it is worth considering that Jesus was born into a dangerous world. Shortly after Jesus' birth, King Herod set out to find the baby and kill him. Not wanting to miss his target, Herod made the decision to murder every Jewish baby boy up to the age of two. Surely one of them would be the feared child. The child was spared only because Joseph, warned of the danger by an angel in a dream, took Mary and Jesus and escaped into Egypt. There were so many others in Israel, who, just like the murdered children of Sutherland Springs, were not spared.

This Jesus Christ who died on the cross and rose again is the One we worship, the One before whom we bow, the One we seek to serve, the One whose birth we celebrate at Christmas. And we Christians cannot have an honest conversation about guns in church without considering the manner in which Jesus was born as a man, lived as a man and died as a man.

We also can't have an honest conversation about guns in church without an understanding that to wake and rise and holster a weapon is to go forth into the world expecting to meet someone who needs to be shot. Having a gun not only increases the likelihood that one will shoot another, it is, in fact, the only way that will happen. A person without a gun cannot shoot a gun. Only a person with a gun can do so.

Should Christians go to church with that assumption? Or are we called to go into the world as Jesus went into the world? Are we called, not to the safety for which I long, for myself and my family, but to faithfulness? Are we to understand, without glorifying death, that we may be called to faithfulness unto death? That we may be asked not only to live like Jesus, but also to die like him?

As followers of Christ are we called to actually follow him?