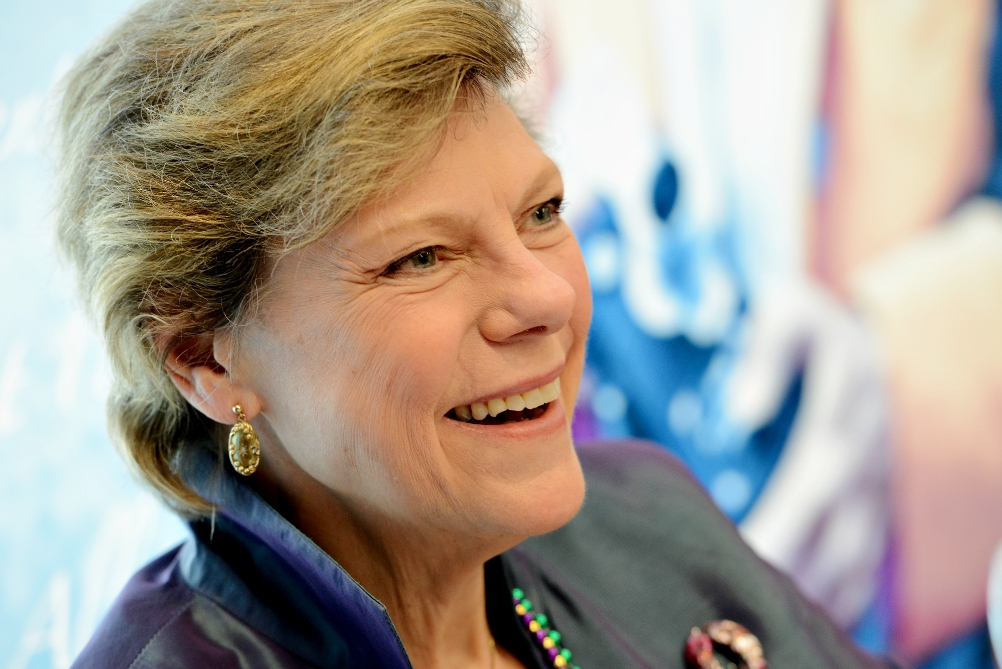 I immediately joined with others who, upon hearing of the death of Cokie Roberts yesterday, Sept. 17, mourned the enormous loss to journalism. She was so very smart, possessed of both the charm and the savvy that one supposes was the result of a childhood steeped in the manners of Louisiana and the pragmatism of Washington politics.

The story of that life amid politics and her ascent as a trailblazing talent in the world of broadcast journalism at a time when women were all but nonexistent in the business is being told repeatedly in broadcast and on front pages. It is a hopeful reminder: Competence and civility need not be mutually exclusive even in the sharp-elbow environment where politics and media mix.

Roberts (no relation) was one of the giants of a generation of journalists whose careers occurred largely ahead of the quicksilver vacuity of the digital age and the cable news fortresses hardened against differing points of view. She was among those who had to speak to everyone, to bring the range of views into play in order to maintain her credibility.

If there is reason to grieve the loss of one more public personality who exemplified that ideal, I also mourn no less the loss of a wonderful public Catholic, someone for whom faith was so obviously an influence in her relentless pursuit of the truth but also in her broad embrace of humanity and, indeed, of other faiths.

There was no more remarkable public expression of that than her marriage to journalist Steve Roberts, a Jew, whose traditions she openly revered. The two wrote warmly and honestly about how they approached this matter of two faiths under the same roof, in the books From This Day Forward and Our Haggadah: Uniting Traditions for Interfaith Families.

If she grew up in journalism before parties hardened into political battalions, she also grew up Catholic before that community split into camps behind the barricades of the culture wars. And before the weighty shame of clerical malfeasance.

It was, instead, a Catholicism that had about it in the public square a certain graciousness. There was no evangelical cudgel borne, but rather a quiet faith that informed citizenship, that was conditioned to care for the common good, that understood mercy and that embodied a heightened awareness of injustice and exploitation of those on the margins.

One of her heroes was St. Philippine Duchesne, an inspiration, she told a crowd in 2005, for her book, Founding Mothers: The Women Who Raised Our Nation. St. Philippine arrived from France in 1818 to found the Society of the Sacred Heart in Missouri. Roberts was educated by that order of sisters.

In a 2005 visit to St. Louis, near St. Philippine Duchesne's shrine in St. Charles, Missouri, NCR asked her what she would say to the saint if given the opportunity. "I'd say to her, 'We need you back. Talk some sense into these people. And thank you. Thank you for what you left us.' "

While she didn't specify, by "these people" she could have meant the hierarchy of the church or politicians increasingly dividing the country into camps.

Of the former, she told NCR writer Jeannette Cooperman that she loved the way St. Philippine "was always pushing at the church. I think it's the stories of her doing it on her own terms that have kept me in the church. I understand that it is my church, not the hierarchy's."

Would Roberts make some changes, Cooperman asked. "Oh, I'd ordain women tomorrow. And it would change everything."

Of politics 14 years ago, her words were hauntingly prescient. She said of the growing rift between Republicans and Democrats, "Now there are such homogeneously drawn [congressional] districts and such safe seats that they never have to talk to each other, much less listen to each other. The political polarization — on the part of officeholders more so than voters — is more than usual, and it's wildly exacerbated by the media. ... This is a country where we have no common religion, ethnicity, even language. What binds us is the Constitution and the institutions it's created, which means government and politics. You turn that into something that divides us, that's a little scary."

She was gracious with her time. Not many months ago, she hosted a quiet reception in her home for Jesuit Fr. James Martin, who had recently published Building a Bridge: How the Catholic Church and the LGBT Community Can Enter Into a Relationship of Respect, Compassion, and Sensitivity. Among those attending were Kevin Eckstrom and his husband, Grant Montgomery.

Eckstrom, former editor of Religion News Service and currently chief communications officer at Washington National Cathedral, in a tribute posted on Facebook, said he first met Cokie in 1996 when she was subbing for husband Steve, who taught a college class Eckstrom was taking.

"In the 20+ years since, Cokie became so much more than that woman we all know from TV and NPR. She became a treasured friend and mentor, and one of the kindest and most gracious women I've ever met," he wrote.

"When I couldn't quite afford grad school, Steve and Cokie gave me a loan, and then refused to let me pay it back," he wrote.

"When I was a cub reporter in Florida, she arranged for me to interview her mother, Lindy Boggs, the ambassador to the Vatican, in Rome."

When Eckstrom and Montgomery were expecting twin boys, she showed up at the baby shower with gifts and advice.

"And when we sent them a Christmas card in 2013 featuring the boys, Cokie and Steve turned it into a nationally syndicated column. 'This year, for the first time, many gays and lesbians felt like "real people" in the eyes of the law. And many kids like Gustav and Alton, the tots on our Christmas card, are growing up in real families — recognized and respected by their community and their country.' "

His summary makes a fitting ending. Cokie Roberts, wrote Eckstrom, "was the embodiment of class and dignity and never ever treated anyone as undeserving of her time and attention. In a town full of phonies, she was the real deal."

A version of this story appeared in the Oct 4-17, 2019 print issue under the headline: Cokie Roberts: journalist, Catholic, ‘real deal’.