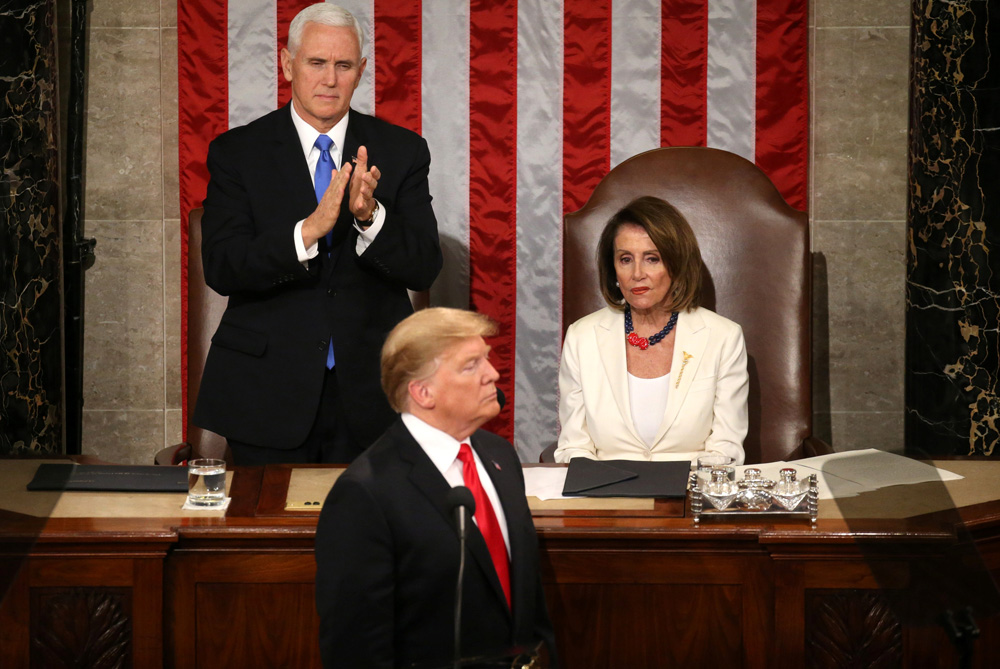 Speaker Nancy Pelosi has made clear her reservations about moving to impeach President Donald Trump. Some in her party and in her caucus disagree, but it is especially the media that seeks to stoke the flames of this issue into a more significant controversy than it is.

One could argue there is enough evidence on its face to begin impeachment proceedings. I have suggested previously that impeachment hearings are already underway in the congressional investigations that are ongoing.

Why not move forward and prepare actual articles of impeachment? It wouldn't be that difficult to produce a reasonable set of articles that would demonstrate valid reasons for impeaching this president.

However, the question has to be asked: To what end? What would be accomplished? The votes exist in the House of Representatives to impeach this president, but as Pelosi said, impeachment would require bipartisanship.

The problem, however, is bigger than that. The impeachment process would energize congressional Republicans as well as Trump supporters throughout the country. It would be seen as an overreach by Democrats that, as Pelosi said, would be terribly divisive; it would end any chance of building a bipartisan consensus on any issue. Even the current hearings in the House are being attacked as partisan and an overreach by Democrats.

The hearings in the House, however, are necessary and critical. They provide the only opportunity to hold this president accountable. More importantly, the public hearings offer a forum to explain to the American people, including skeptical Republicans, what is actually happening in the Trump administration. The hearings force Republicans to examine the reality of Trump administration transgressions and reconsider their positions.

This is what Pelosi means when she talks about the need for overwhelming evidence of major wrongdoing that might cry out for impeachment. Essentially, we will know its time to impeach when Republicans say it is time to impeach.

This is a dangerous time for Democrats. They need to accomplish something constructive. They are passing important bills on voting rights and gun safety, which is good. However, none of these bills are going anywhere at this time. They need to find something they can do together with Republicans that can be seen as moving the country forward. Minor fixes on the Affordable Care act would be important — especially since health care was the number one issue during the midterm elections. Putting together a critical infrastructure bill would be another example where bipartisanship may be possible.

They also need to remember that 2020 is not just a presidential election year. All they have gained will be lost if they lose the House in 2020 and fail to retake the Senate. A Democratic president with a Republican Congress will not be a recipe for moving this country forward.

Finally, they need to quit talking about their pie in the sky prescriptions for the country. The Democratic platform needs to be about jobs, health care, better wages, safety net protections, etc. That's a lot. We should be talking about preserving and expanding health care for all — if that becomes Medicare for all, so be it. But to make it a litmus test for Democratic candidates is the wrong direction to go.

The litmus test should be fighting for working Americans, understanding their needs, and working with all Americans to correct as many of the failures of this administration as possible.

Frankly, some of the rhetoric coming out of certain Democrats as this campaign gets underway makes me think they know as little about how government works as the current president.

Finally, one of the areas where president Trump has done the greatest damage to our country is foreign policy. His dangerous notions regarding NATO, withdrawal from Syria, rapprochement with Russia and North Korea have made us less safe. Yet these issues are not being discussed on the campaign trail, and few if any current candidates have significant expertise in this arena. That needs to change.

In short, I disagree that what we need now is a bold new vision for this country. I don't believe going from one end of the political spectrum to the other is where the American people are right now. Politics, lest we forget, is the art of the possible. We need the nuts and bolts of practical, step-by-step movement to make this country better and to reverse the trends of the last two years.