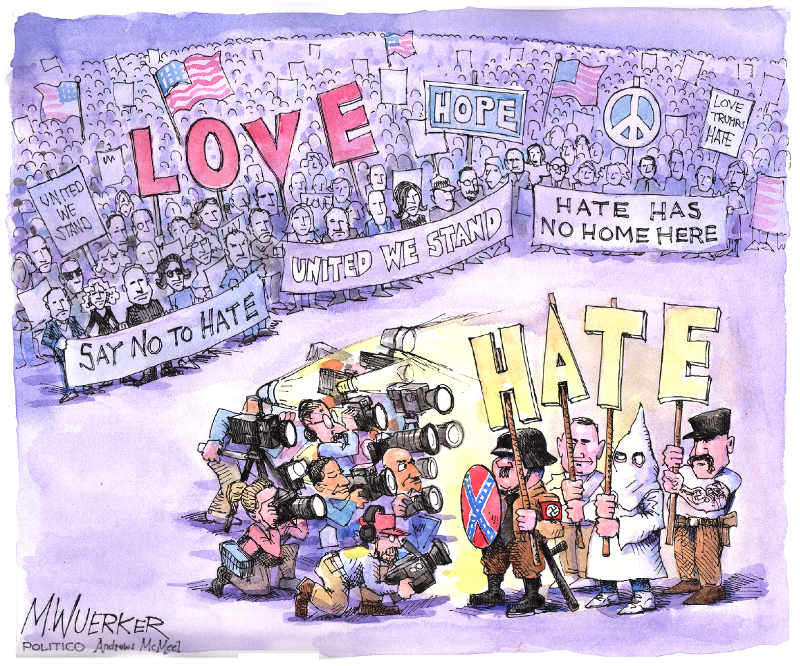 That news followed this, which hit late morning on Thursday: US bishops call for apostolic visitation into McCarrick abuse case

Irish abuse survivor Marie Collins, who served on a papal commission on sexual abuse of minors before quitting in protest, spoke on National Public Radio this morning about the Vatican response. ("Lip service," was one of her descriptors, I think.) Vatican Responds To Pa. Grand Jury Report On Abuse Of Children By Clergy Right now only the audio is available, but a transcript will be posted later today. It's worth the listen.

With Pennsylvania grand jury report and the McCarrick case in mind, Michael Sean Winters addresses the U.S. bishops directly: How can you, bishops?

The Associated Press reports that Cardinal Donald Wuerl, the Roman Catholic archbishop of Washington, is facing a storm of criticism and calls for his resignation after becoming entangled in two major sexual abuse scandals roiling the church he has served with distinction since 1966.

Under pressure from Pennsylvania grand jury report, Washington Cardinal Wuerl seeks legal advice from Jones Day, the law firm that worked with the U.S. bishops in their legal challenge to the Affordable Care Act. (You may have to register to read this story.)

He's got no connections with the Pennsylvania grand jury report, but San Diego Bishop Robert McElroy has had to explain about a letter he received about alleged aduse by bishops two years ago.

Next week the triannual World Meeting of Families convenes in Dublin, Ireland, and Pope Francis will be attending at the end of the week. Jamie Manson writes about things he might have to attend to: When in Dublin, Francis should apologize for Magdalene laundries, too Manson, Sarah Mac Donald and Joshua McElwee will be in Dublin for these events. You can read all their reporting here: World Meeting of Families 2018.

Caroline Mbonu, a member of Congregation of the Handmaids of the Holy Child Jesus, is senior lecturer in Religious and Cultural Studies at University of Port Harcourt, Nigeria. She reminds us that Christian life's root metaphor is service

Kathleen Sprows Cummings, associate professor of American studies and history at the University of Notre Dame, writes in The New York Times: For Catholics, Gradual Reform Is No Longer an Option Yes, there is still holiness in the church. But the sin is so pervasive and corrosive that it is irresponsible to talk about anything else.

With all the news that has come down the pike this week, Jason Berry's rememberance of Richard Sipe seems particularly relevant: For Richard Sipe, pattern of deceit in celibate culture was his Wittenberg