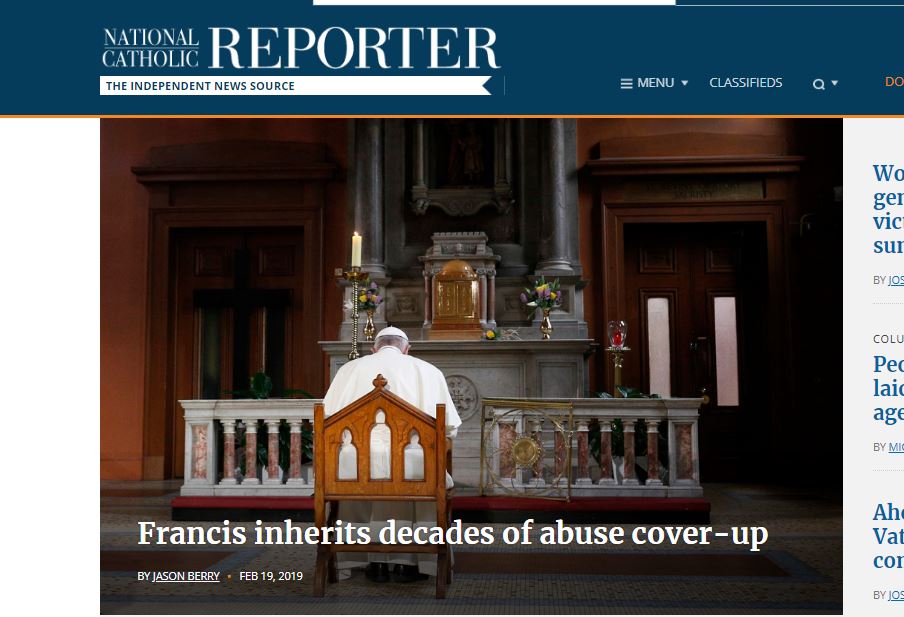 The National Catholic Reporter began today a three-part series on papal power and the secrecy that inevitably resulted in covering up sexual assault over and over.

The author, Jason Berry, wrote about a priest sexual abuser in Louisiana back in 1985. He's covered the issue ever since in a long series of articles and books. Today's article is elegantly written. It reflects his decades of thoughtful analysis: How could this culture of denial have become embedded around the world? How could loyalty to priests and abhorrence of scandal have overridden a commitment to protect children?

In this first part, Berry makes us look at the denials of Pope John Paul II and Pope Benedict and at Pope Francis' learning curve upon being presented with the experience of victims. Berry made me feel a sense of urgency: that we the church have to get this right because our credibility on behalf of refugees, prisoners, the sick, the hungry — suffering people everywhere — depends on an end to the cult of secrecy.

It is tough reading, and I was tempted to skip it because, of course, it is old news. But Berry sets the old news in today's world. I'm eager to read what comes next.